Before diving into my thoughts of the two very dynamic ideas ( liberty and equality), I had a question if it’s possible at all for human consciousness to pen down the relationship of liberty and equality in a way that fits the understanding of all? These concepts are tied up with such depth and intensity exactly like people straddled between two very different worlds. Liberty and equality are woven in the lives of every immigrant, native, or every generation. However, the meanings and ties between the two are not stagnant; a generation who faces a new series of struggles will have a different understanding of these ideas than the pre-existing ones. To liberate oneself of the atrocities of nature and society, to think of a world where one would aspire to live in, is indeed an unfulfilled concept if not the community at large has the accessibility to do so. These two words are naturally followed by complexities of making sound decisions based on equalised liberation against a politically tense atmosphere. I believe the interlinking of the two words can sometimes be passive and disappointing with no effective closure.  When we look at the realities of the violation of liberty and equality, it can toy with our subconscious, leaving us to our own imaginative devices. One might start a journey to figure out the solutions to the various harsh realities which we will be talking about in a while but the task of finding solution can instead often become a roundabout means of searching for oneself.

Liberty according to me is the representation of oneself in a whole fulfilling manner. This is undoubtedly the only concept that one cannot possess until it is experienced and shared by people around them. It is the idea to wholly present one’s thoughts, expression, lifestyle, choices, will and behaviour regardless of time or space to the world. As many would claim, liberty should be exercised with certain restraints imposed by the politically organised society to regulate the overall safety, dignity, health and morals of the community at large. Now the bigger question here is whether these impositions are for the welfare of the masses or are despotic in nature. Liberty certainly claims for the freedom of all but not at the cost of unrequited moral policing. Broadly, liberty can be classified into three categories and each of these is uniquely linked to each other and also to the concept of equality. One, psychological liberty which means to liberate oneself from within, to break several stigmas that prohibits an individual from being the person they aspire to be. These include the stigmas related to untouchability, transgender, homosexuals, gender, regional divide, etc. Second, ethical or moral liberty, which means the right of an individual to follow the ethics or morals that they have learnt over the course of time.  These morals are not mere notions of shaping one’s choices but they are beliefs and faith that guide different people differently to function in a particular way. In a co-existing society no living being should violate this right, not for themselves and not for others. Third, political or social liberty. This concept is a coin with both sides equally valuable but different. For a community to function flawlessly everyone has to be given the liberty to expand their horizons, make their own choices and regulate their own lives in their own desirable way. However, at most times, in order to ensure this liberation, certain guidelines have to be implemented so that someone’s liberty doesn’t intervene or become inconvenient to the other. The interference of the governing body is often looked as a negative liberty but it leaves with a positive impact (the welfare of all).

The acceptance of all

Equality on the other hand is embracing a person for who they are. This idea is to alert every living being of the gaping hole in our pedagogical universe. Equality will always be debated on how much to give and whom to give. The very principle is based on hierarchy, sliding scale of entitlements and duties, of purity and pollution, of the less strong and stronger. Now, who is the guiding source to determine the answers to these questions and how can equality be provided in a way that liberates all. That is a debate that has gained attention for generations and generations. According to me equality is a way of treating the equals equally, now that doesn’t make me a believer of hierarchy. All I am trying to portray is a group of people regardless of class, caste, creed, gender, location should be treated equally. But equality should be among those individuals who are essentially deemed equal in terms of their qualities and understandings, example – a teacher should be treated equally like other teachers, doctors should be treated exactly like their counterparts, etc.

Re-evaluating the liberty and equality relationship in India

Liberty and equality have always been very intimately linked that at times it can make one hyper aware of one’s own existence and what one wants from one’s life, yet never being able to reach it. To understand the depth of this relation, we have to first accept that life will always be accompanied by a well that would never be empty of inequalities or restraint. To begin the examples with, I would like to begin with the oppression rendered on the Dalits. Not only have they been treated inhumanely but also, they have been subjected to be treated as “untouchables” simply for the work that they do to keep the societal cycle functional. Manual scavenging is still in practice and even after the government banning such a practice in 2013 (prohibition of employment as manual scavengers and their rehabilitation act) it is still practiced. The District Magistrates have never imposed this scheme as functional. If this doesn’t create a disparity and prohibits freedom then I don’t know what does. How can the human race talk about liberation and equality when they disregard a group of people who are made to clean their excreta? Not only are they deprived of the basic human right to live but also are treated as an altogether different section of the society, a section that is impure and dirty. Likewise, the people of Northeast India are called out names – as Chinese, chinky, they are made to face semen plunging at an age where everyone is advocating equal rights and representation in the parliament. The inequality here is so huge that bridging the gap needs liberation of these people from the stigma.

Moving further, the recent laws to be implemented in Lakshadweep hampers the liberty and equality of the residents there. The Government claims that a “Goonda raj” has been going on in the island when reports claim that the island has the lowest number of crime rates each year. The authorities want to do away with the consumption of beef and enhance the consumption of alcohol when 90% of the population are Muslims who are first-hand consumers of beef and for whom consumption of alcohol is a ‘Haram’. Further, they wish to divide the island into four parts pertaining to development at the cost of displacement, breaking the unity and settlement patterns. Why are such rules not implemented in other Hindu-dominated areas? Why is pork and cow urine not banned? Apart from a communal angle this hinders the liberty of the residents of Lakshadweep Island and responds to an inequality they have to face at the cost of their morals and ethics.

The recent IT rules proposed by the government where they wish to keep a track of all the messages sent and received by users is a direct hindrance to the right to privacy and also one’s individual liberty. The law makes social media companies accountable for any controversial statement made by the users if they don’t abide by the prescribed laws. But in a similar scenario, a member of the ruling party can come forward and make any statement against the beliefs and faith of people they are not in favour of, they can speak openly and freely against the opposition but this cannot be done vice versa. Is this just because power and righteousness go hand in hand? Can’t the ruling party place statements that are offensive and under what morality can they regulate the personal chats of an individual. This is a grave hindrance of the liberty and equality of the Indian population.

Why get one when you can have both of them?

From the given explanations, it is clear that liberty and equality go hand in hand. Without liberating someone, we can’t talk of equality and without equality, liberty is a vague idea. I understand that the glistening notion of a conclusion might not be as glorious as one would want it to be because there are some things going around which many of us will never understand. When people of the country seem to be threatened about their capability of deciding their own future when give and take is the only way to go without leaving us with choices, I hope they can remember that liberty is the expression of oneself and equality is acceptance of the other-self. These two words form the foundations of democracy and as citizens we are all bound to protect it. 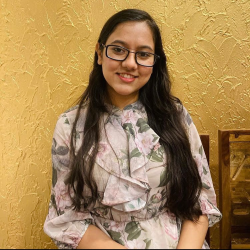