The caste system in India is the basis for the hierarchical division of society and the elements of it facilitate inequality. Attempts have been made to define the institution but due to its variance in society, a concrete definition is yet to be reached. M.N. Srinivas describes the caste system as “a hereditary, usually localised group, having a traditional association with an occupation and a particular position in the local hierarchy of castes. Relations between castes are governed among other things by concepts of pollution and purity, and generally, maximum commensality occurs within the caste.” While studying the caste system, sociologists have often looked at it from the top rung of the ladder, thereby negating the experiences of the downtrodden groups and communities. The most vulnerable and most exploited groups bear evidence of the horrors of this hierarchical division. Joan P. Mencher in her essay “The Caste System Upside Down” highlights two features of the system when viewed from the bottom up, the first point being, the caste system has acted effectively as a system of economic exploitation. Secondly, the caste system prevents the formation of social classes with any commonality of purpose.

The caste system divides the society into four mutually exclusive varnas—the Brahmins (priest), Kshatriyas (warriors), Vaishyas (merchants), and the Shudras (servants). Apart from these four castes, the fifth caste is that of the Ati-Shudras or the untouchables. The formerly untouchable caste is also known as the Dalits. “The term “Dalit” signifies “abused”, “squashed” or to the level of losing inimitability of character” and their subjugation can be traced back to the origin caste system in the consecrated book Manusmriti, the ancient legal text of the Hindu religion. Participation of Dalits in religious or social activities were considered to be taboo and they were delegated most menial jobs, for example, animal slaughter, working in the tanneries, manual scavenging, etc. The Indian Caste System is the backbone of stratification by far one of the most common ways in which people in India are socially segregated due to class, religion, region, party, sex, and language. Despite the other forms of segregation present in the society, the caste system acts as a facilitator of systemic and conflicting monopoly regarding the availability of resources, distribution of wealth, opportunities, etc. Caste violence against Dalits can be regarded as caste impunity.

Women from the Dalit community have been the victims of caste discrimination as well as they are exploited because of their sex. The stigma of untouchability exposes them to a significantly higher risk of violence and mistreatment. The discourse of the role of the caste system in being the catalyst in sexual assault cases has been missing from the upper-class women’s movements, academia and even civil society. Although sexual harassment is faced by almost every Indian woman, the condition of the Dalit women is concerning due to the stigma of caste. They have been largely excluded from development plans in the areas of development, employment, usage of civil liberties, etc. They face three-tier discrimination due to financial hardships, patriarchy, and class segregation. They have been the survivors of the Devdasi System, which provided a religious sanction to sexual violence. The term devadasi means “female slave of God” and the practice includes marrying lower caste girls to the temple goddess, which leads to their exploitation and abuse by the authorities. Lower caste women entered or were forced to enter the practice because it was viewed as their best way to ascend the social hierarchy. In 1924, the Indian government effectively outlawed the devadasi tradition. Throughout the twentieth century, similar local prohibitions were enacted in various parts of South India, including laws in Tamil Nadu, Karnataka, Maharashtra, and other states. The Bombay Act proclaimed that it was illicit, regardless of whether the young lady was devoted with or without her assent. The devadasi activity is effectively banned in light of these actions.

However, the ban on the devdasi system did not ensure the institutional sexual exploitation of the poorest fragment of the society. According to data compiled by the National Crime Record Bureau in India between 1995 and 2007, four states, namely Uttar Pradesh, Madhya Pradesh, Rajasthan, and Andhra Pradesh, accounted for 66.9% of crimes against SCs/STs. The SC&ST (Prevention of Atrocities) Act of 1989 is not strictly enforced. The recent case of sexual assault on Hathras bears evidence of caste-based barbarism faced by women from the lower castes. Reports by the Swabhiman Society pointed out that in Haryana, men from the upper classes filed 80 percent of the sexual harassment cases against Dalit women and young women, and only 10% of the cases investigated resulted in the successful prosecution of all those accused. According to the 2019 National Crime Records Bureau information, that in Haryana, where Dalits make up around one-fifth of the state’s population, ladies are assaulted each day. Often cases of rape cannot be prosecuted due to a lack of resources. Women from the rural areas who belong to the lower castes are the worst affected victims. The police have been accused of mismanagement of evidence in these cases. Witnesses are often threatened with dire consequences by the culprits when the latter comes from a position of power. Due to the lack of legal enforcement and representation, the voices of Dalit women remain unheard.

The Hathras Gangrape, Bhanwari Devi case, and the cases Khairlanjee, Lalasa Devi and Delta Meghwal are the evidence where justice has been compromised.

Bhanwari Devi, who worked as a ‘sathin’ (friend) for the state government’s ‘Women Development Project’ in Bhatheri village, Rajasthan, was raped by upper-caste and dominant caste men of the village in 1992 for preventing child marriage in a Gujar household. Bhanwari was a member of the kumhar (potter) community, which is classified as a lower caste and backward social class. The suspects were Brahmins and were from the dominant Gujar class.

After approaching the police, Bhanwari was told that she was excessively old and hideous in order to explain the considerations of the youth. The preliminary appointed authority exonerated the accused, reasoning that assault is normally committed by children and that since the accused are reasonably aged and otherwise decent, they could not have committed the wrongdoing. Backed by political forces, the men could escape their punishment.

In the Dalan Chapra village of Uttar Pradesh, none of the houses of the Dalits had washrooms, women had to go to the fields at the break of dawn or at night to relieve themselves. During one such night of Holi, Lalasa Devi, a mother of two was raped. Her attacker had called her “chamar” before proceeding to rape her. Her rapist belonged to the upper caste Rajput community. In India, sexualized verbal harassment refers to the genital parts of mothers, sisters, and daughters. However, there has been little discussion about how women from certain castes are sexualized by verbal harassment. Sexual violence against Dalit women, which reflects itself through language, is so violent that it cannot be expressed in texts without translations or sanitization. In India’s rural environments, linguistic abuse is openly perpetrated against Dalit women in order to violate them. Prachi Patil informs her readers of one particular phrase among the men from Jat caste says that “you have not really experienced the land until you have experienced the Dalit women” (Khan, 2014). In Uttar Pradesh the phrase, “a man is not satisfied until he has devoured goat’s milk and a Chamar woman’s body” is commonly used among dominant and upper-caste men. These phrases bring forth the nature of authority which dominant/upper-caste men exercise over the bodies of Dalit women and the level of impunity they enjoy even after committing caste atrocities of a sexual nature against Dalit women.

Structures of caste and patriarchy institutionalise the bodies of Dalit women for the entertainment and sexual pleasure of men who are placed higher than them in the caste hierarchy (Rowena, 2012).

The Hathras horror included the sexual assault of a 19-year-old girl by upper-caste men. The woman succumbed to her injuries and was cremated in the dead of night, without her family’s consent or presence. The family alleged that the police deferred the lodging of the FIR and had even asked them to withdraw their case against the accused. Although the accused were later taken into custody, the Hathras case is a testimony against the handling of cases of sexual assault of Dalit women by the police.

Apart from these three cases, numerous accounts of Dalit women being tortured remain unreported. In a caste society, women’s reality cannot be perceived as a homogeneous experience. The ritual sanctity underpins the unequal social ties between Dalit and dominant/upper-caste women. while the upper caste men have had sexual access to a Dalit woman’s body, the upper caste women have had access to their labour. Women from the upper caste sections of the society have been complicit in perpetrating crimes against the Dalit women, in order to maintain their caste purity and honour.

Rape against Dalit women attracts little to no almost no media attention. The atrocious Delta Meghawal case remained unnoticed by the mass media for nearly over a week. Despite such negligence, Dalit women have not given up. Dalit women are demonstrating extraordinary bravery by increasing their resistance and dissent in the face of rising caste-based sexual violence and state indifference. If we are sincere to the cause of women’s empowerment, then our selective activism should cease to exist. We need to acknowledge the factors of caste and class in the cases of sexual harassment, in order to achieve women’s equality, liberty, and justice. 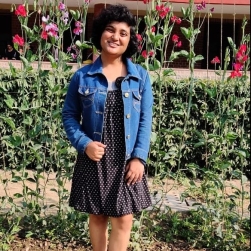