The planet earth and human species have a deeply interconnected relation, wherein they influence each other’s activities. In the last few centuries associated with the industrial revolution, the activities of humans have had a significant impact on the environment, leading to the phenomenon of Global warming and subsequently, Climate Change. This phenomenon of climate change has impacted natural phenomena around the world and which in turn affected the human species along with others. The impacts are at times, direct and at times, indirect via its impact on nature. Climate change will test and overwhelm many diverse cultures’ adaptation capabilities by engaging with and exacerbating existing issues such as food availability, water shortages, and the limited protection provided by marginal soils. And at a certain stage, the land will no longer be able of supporting livelihoods, compelling the inhabitants to migrate to locations with better prospects. Thus, climate change acts as a driver in human migration across the world. Some studies have attempted to forecast the pattern and estimate of human movement caused by climate impact, in the future, but this forecast is based on extrapolation which means, the actions taken in the present could lead to a future differing from the predictions. Recently, climate change affects the planet and this, in turn, impacts the livelihood of humans. Global climate trends have shifted, resulting in more severe weather conditions such as but not limited to storms, heat waves, and floods. The Intergovernmental Panel on Climate Change (IPCC) predicts that global temperatures would reach 1.5°C, over pre-industrial levels between 2030 and 2052 if existing trends continue (IPCC,1990). Even this supposedly minor rise, that is well beyond the spectrum of everyday fluctuations, would have cascading effects on ice sheets, fisheries, and productive processes, radically altering liveability. This global challenge has created and will persist to produce a slew of serious problems for the international system to address, which include- Increase in the intensity and occurrence rates of disease upsurges; Mass migration of humans because of resource depletion, frequent occurrence of severe weather conditions and other factors, especially in developing nations closer to the Equator; Escalating conflicts for resources, both domestically and among states. These kinds of issues are serious, but the magnitude and extent of migration driven by climate change will put domestic and international governance along with their cooperation to test.

Migration due to climate change is evident in the present day. The World Bank reports that more than eight million people have fled Southeast Asia, where increasingly unstable monsoon rains and drought have made cultivation more difficult, to the Middle East, Europe, and North America (NYT, 2020). Due to drought and severe crop failures in the African Sahel, millions of rural residents have fled to the coasts and towns. Climate change drivers for migration can be classified as either fast-onset (Climate events) or slow-onset (Climate processes). Climate extremes such as hurricanes, winds, heat waves, and drought are examples of fast-onset events. These force people off their land much more quickly and dramatically. In 2018, of the total new 28 million internally displaced people in 148 countries, 61 percent were due to disasters and according to the UN, disasters and geophysical hazards have triggered an average of 3.1 million displacements a year since 2008. Hurricanes Katrina and Rita, for example, which lashed the Gulf Coast of the United States in August and September 2005 left an estimated 2 million people homeless (Washington Post, 2006) and the trend has continued since. In the first half of the year 2020, there were over 200 natural disasters that occurred which could have led to large-scale migration of people, had there not been a closure of borders due to the COVID-19 pandemic. In India, according to the World Meteorological Organisation’s State of Global Climate 2019 report, more than 10 million people were displaced internally — within a country — between January and June 2019. Of this, 7 million were due to extreme weather events like floods, cyclones, and hurricanes. (Pandey, 2020)

Slow-onset phenomena are incremental changes in climate conditions such as rising temperatures or longer-term rainfall variation. Sea-level rise, ocean acidification, glacial retreat, and its consequences, soil salinization, land and habitat destruction, biodiversity depletion, and desertification are other examples of slow-onset events. Each has a more or less clear connection to climate change. Some women in rural Africa and South Asia, for example, must already travel up to 25 kilometres each day to fetch water. If their trip becomes even longer, they will have to relocate indefinitely. Egypt’s Nile Delta is one of the world’s most heavily inhabited regions, making it highly vulnerable to sea-level rise. A one-meter rise will displace at least 6 million inhabitants and flood 4,500 square kilometres of farmland (Brown, 2008). The Pacific Islands have the most noticeable illustrations. In the western Pacific, the sea level is rising at a rate of 12 millimetres per year, submerging eight islands. Two more are on the verge of disappearance, triggering a tide of migration to larger nations. It is forecast that 48 islands will be lost to rising sea levels by 2100. (Deshmukh, 2019)

While the scientific case for climate change has become much more compelling, the implications for human population distribution remain uncertain and volatile. With other social, economic, and environmental influences at play, it has been difficult to create a linear, causative association between anthropogenic climate change and migration. However, some groups attempt to find a direct relation between migration and climate change to prove the irreversibility of its impact. One such instance is -In 2005 it was officially decided to evacuate the 1,000 residents of the Carteret Islands, a group of small and low-lying coral atolls administered by Papua New Guinea. Storm-related erosion and saltwater intrusion had rendered the population almost entirely dependent on outside aid. Ten families at a time are now being moved to the larger island of Bougainville, 100 kilometres away (Brown, 2008). Predicting the future trends of climate migration is difficult; it is hampered by a lack of baseline evidence, skewed by population development, and dependent on the evolution of climate change and even the amount of future environmental damage. However, the most widely iterated prediction for 2050 is that of Professor Norman Myers, who states “When global warming takes hold, there could be as many as 200 million people overtaken by disruptions of monsoon systems and other rainfall regimes, by droughts of unprecedented severity and duration, and by sea-level rise and coastal flooding” (1993). While this is a prediction of numbers based on current trends extension and a global level, there are other predictions concerning patterns of migrations. According to a new analysis published in the journal Proceedings of the National Academy of Sciences, the planet’s temperature could rise faster over the next 50 years than it has in the previous 6,000 years combined. By 2070, the kind of extraordinarily hot areas that now occupy less than 1% of the earth’s land surface, such as the Sahara, could cover nearly a fifth of the land, effectively putting one in every three people living outside the temperature niche where humans have thrived for thousands of years (Kohler et al., 2020). Supporting this prediction, we have the predictions from World Bank in 2018 (Podesta, 2019). According to this, three regions nearer to the Equator- Latin America, Sub-Saharan Africa, and Southeast Asia will produce an additional 143 million climate migrants by 2050 as they will have to face higher temperatures when compared to the higher latitude regions. At the most basic level, exposure models identify the percentage of people who are likely to be vulnerable to a given threat, most commonly, sea-level rise, but even recurring floods or drought—and predict the proportion of people who are likely to relocate. Researchers Scott Kulp and Benjamin Strauss, for example, predict that 1 billion inhabitants currently live on land less than 10 meters above existing high-tide points, including 230 million below one meter who would have to evacuate as sea levels increase. At a higher stage, mathematical models of populations’ historical migration tendencies in relation to climate fluctuations predict future numbers of migrants under different futures. Agent-based models (ABM), device dynamics, radiation models, and population gravity models are some of the more recent simulation methods. (Sherbinin, 2020)

The pattern of migrations and possible affected regions can be agreed upon because the changes in climate patterns across regions for the near future are predetermined. However, the numbers are widely influenceable and can change largely because of numerous factors. Many models discussed above, make the crucial presumption that the effects of climate change will advance in a more or less smooth arc, with no significant turning points or thresholds that shift the climate system—and thus the agricultural, fiscal, and other systems—onto unfamiliar and less predictable directions.  This may be a constraint if the future would not unfold as anticipated.  On a broader geographic scale, these projections often fail to allow for a variety of potential political turmoil, crises, or pandemics like the current one, which could collide with climate impacts to introduce unpredictable shocks into organizational controls. There are also policies and decisions undertaken by governments to prevent migrants from entering their nations. The decision of building walls across borders by Trump (Mexico and other Latin American countries have predictions of being severely affected by climate change) or CAA policy such as the one adopted by India wherein Islamic migrants from a majority Islam nation such as Bangladesh (which is predicted to be highly impacted from slow-onset climate events) are discriminated against.  The reasoning behind the reluctance to favour migrants across borders and domestically could be due to the disadvantages that come along with it. Forced migration impedes progress in at least four ways: it strains urban infrastructure and facilities, undermines economic growth, raises the risk of violence, and worsens migrants’ health, educational, and social indicators.

Therefore, we can agree upon the predictions made for patterns and directions of migration i.e., from rural to urban areas, from coastal regions to inland, and from hotter equatorial zone to higher latitudinal regions. As for migration as a whole, most of the climate migration and relocation would be internal, but considering increasing demographics and the possible magnitude of climate impacts, even the comparatively small foreign fraction may be important. People move for several purposes, the most important of which are economic. However, in cases of large-scale migration caused by unfavourable climate, fears about local safety and stability, as well as a general sense of hopelessness, seem to be guiding increasingly risky travels.

Mahapatra, R. (2020, May 22). Migration out of Climate Change. Down to Earth. https://www.downtoearth.org.in/news/climate-change/migration-out-of-climate-change-71291

Deshmukh, A. (2019, May 17) “Disappearing Island Nations Are the Sinking Reality of Climate Change.” Qrius. https://qrius.com/disappearing-island-nations-are-the-sinking-reality-of-climate-change/ 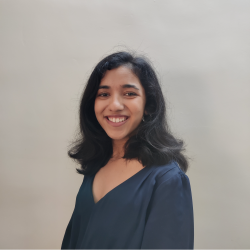