Ambedkar was born in a poor Mahar caste family, which was considered to be one of the  “untouchable” castes. Consequently, he faced oppression by the so-called upper castes. This social oppression as a consequence of his caste that he faced during his childhood must be a driving factor in his progress in being their spokesperson later in life.

Marx, on the other hand, was a spokesperson of the proletariats – the economically oppressed sections of society. The bourgeois domination led the proletariat to suffer financially. Thus, the main focus of Marxism is the struggle between the 2 social classes of proletariat and bourgeois. First, let us look at Marxism. Marxism employs historical materialism to comprehend class relations and social conflicts, and also dialectical materialism to analyze social transformation. Marx and Engels designated Marxism to be scientific socialism. According to the Oxford Concise Dictionary of Politics and International Relations, “Marx and Engels devoted their lives to the analysis of historical forces which they considered to be moving inexorably towards the eventual collapse of the capitalist system and a revolutionary crisis which would bring about a socialist transition and (eventually) full communism. They gave particularly close attention to economic processes and structures, which they saw as the key ‘material’ factors in shaping social structure and class relations, and also the state and the distribution of political power”.

Marxists believe that socialism is a requirement. The orthodox Marxists subscribe to the view that the overthrow of the capitalist system by means of a socialist revolution by the proletariat, is inevitable. As a consequence of class struggle, the proletariat will emerge victorious and the state will wither away. A classless society is the state of final social organization, when Communism would be attained.

Ambedkar was a critic of the oppressive practices of Hinduism. Ambedkarism explains the ideology behind the Dalit Movement. Ambedkar was dedicated towards the needs of Dalits and called for the annihilation of the entire caste system.  The goal of Ambedkarism, according to The Print, is “to end caste system by progressive means, and by building a general sentiment among different sections of society against regressive social hierarchies. This can be possible largely by adding people from other sections to your platform, and not by creating a rift”. Ambedkar brought about what came to be known as a social revolution through Dalit literature. He became the leader of the Dalits.

In order to ensure representation of the oppressed sections of the society, Ambedkar proposed the establishment of a separate electorate for these sections. This was one of the areas of disagreement between Gandhi and Ambedkar. Gandhi was not in favor of the idea of granting separate electorates for the Dalits, being skeptical that this would divide Congress and the Hindu society. Subsequently came about the Poona Pact which established the Reservation of Electoral seats for oppressed classes in the British Indian Legislature, in 1932.

Application of Marxism in the context of caste

Ambedkar was not anti-Marx. He had studied Marx’s works and developed his own perspective on that from the point of view of an oppressed human being. If he puts his own sufferings in the context of Marxism, the lower castes can be synonymous to the proletariat and the upper castes to the bourgeois. According to Engels’ understanding, the proletariat does not apply to India. The poor lower castes in India i.e, the ones towards the base of the caste hierarchy, are the proletariats in India.

The state is, in Marxist understanding, is a tool in the hands of the bourgeois by means of which the upper-class controls and oppresses the lower classes. The upper-caste Hindus, similarly in the Indian context, had authority over the society and they never thought twice before oppressing the lower castes.

Another interesting observation would be the similarity that exists between the Dalits on the one hand and the Proletariats on the other would be the fact that the Shudras and Namashudras were, in essence, the people belonging to the working class in the Hindu society. In India, based primarily on agriculture, the upper castes needed them to function in order to get going. The Shudras were generally the peasants, washermen, milkmen, and so on and so forth. The Namashudras were also needed by the other castes during the cremation of a body.

We know how accurately this is similar in Marxism. The bourgeois exists because the proletariat works for them.

Marx and Ambedkar on Religion

Marx and Ambedkar treated religion in very different ways. Their approach and beliefs varied a lot.

“In religion, people make their empirical world into an entity that is only conceived, imagined, that confronts them as something foreign”.

On class and caste

Withering away of the state or adjustment into it?

In order to understand the caste system in India better and to develop some perspective, one should read Ambedkar’s works. To name a few, his works include – Annihilation of Caste; Who were the Shudras; Castes in India. Side by side, reading The Communist Manifesto and Das Kapital would help the reader to understand the differences and similarities between the oppression of the Dalits and the Proletariat.

Just like Marxism continues to be a hundred percent significant today, Ambedkarism is relevant in its essence. They’re remembered today for their learned and analytical minds. B.R. Ambedkar is the Father of the Indian Constitution as is still appreciated for his farsightedness. Their relevance is unlikely to dim any time. Rather, their theories are getting more and more relevant in the present era. The youth today practice the act of questioning and asking questions is very significant. A system of oppression is known to have support from the oppressors and the oppressed. In the 21st century, these systems of oppression are beginning to be gotten done with. People are getting more and more aware of the troublesome aspects of Casteism and Capitalism. The youth, especially, raise their voices against these practices on the streets as well as on social media. The youth favor and advocate the existence of a classless and casteless society. Ambedkar and Marx are relevant in today’s times and their theories are applied to the context of oppressions still prevalent in the country and beyond, in the world.

Also Read: How to end caste system in India

The Oxford Concise Dictionary of Politics and International Relations 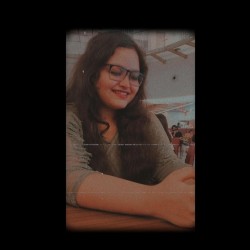