Abstract: This paper talks about the how the conceptualization of humour varies from one social group to another and the linkages of humour to prejudice and stereotypes which contribute to hatred and conflict. The paper discusses how both- the powerful and so-called powerless utilize humour to serve their purposes.

Humour is derived from reality construction and based in reality play. According to Macionis, humour is rooted in the manifested contrast between two opposing realities- conventional and unconventional. There can be multiple combinations of these realities which lead to the generation of humour. Therefore, the varying definitions of the same situation present ambiguity, contradiction and double meanings which then become the foundation of humour and humour itself. (Macionis, 2012)

Longo in her journal article, Humour Use and Knowledge Making at the Margins explains how incongruity theorists talk about the specific pattern that every humorous moment follows. The moment starts with the creation of a certain expectation in the minds of a listener and instead a surprise statement is delivered. This leads to a fugitive confusion felt by the listener which is then restructured in the form of clarity. This subsequently culminates into the amusement of the listener from the actualization of being misled momentarily. (Longo, 2010)

An essential feature of humour is the dynamic of “getting the humour” which acts as an agent of stratification by being a determinant of the social position of an individual. The variation in personal histories and distinction in lived experiences creates the possibility of differences of interpretation placed within the context of a single interaction leading to multiple meanings. The first being the teller’s meaning, the second being the listener’s meaning and the third being the preferred or negotiated meaning which is arrived at through the interaction between the teller and listener. The resulting reaction from the listener determines their social position. For instance, the reaction of laughter showcases one’s social competence through externalization of one’s understanding and shared values which further leads to entrenchment. However, not getting the joke, threatens one’s social position and pushes them to fake the act of “getting it.” (Longo, 2010)

This is often seen as a power dynamic wherein “super-ordinate humour” demands “subordinate reactions” (Longo, 2010) For example, a joke about a certain status symbol or luxury item might not be understood by people from other socio-economic backgrounds. In such cases, the pleasure attained from solving the puzzle of the joke is heightened and leads to the creation of an insider status. Therefore, linking humour to the creation of ingroup and outgroup. (Macionis, 2012)

In Introduction: Humour and Anthropology, Swinkels and Koning emphasize on how humour leads to the creation of boundaries that lead to the enactment of exclusion and inclusion. He further analyzes the work of Maurice Said that looks at humour as the creator of boundaries and as an instrument that exposes the shared values in a culture. He exemplifies his point by looking at the Sinhalese men and how they maintain relations with outsiders and insiders through their deception and humour. Swinkels and Koning also look at other functions that humour serves for a community. They explore the works of Betz and Meijl who describe the state of Tongan migrants and how they are reminded of their heritage and the associated obligations through the indigenous Tongans belonging to a higher status and rank. These indigenous Tongans utilize different forms of humour, gossiping and mocking for the protection of their traditions. However, many of these Tongans feel a sense of discomfort following old customs and traditions but are coerced in doing so through humour and bullying. Thus, unveiling the function of humour as a means of discipline as well as a demarcator. (Swinkels & Koning, 2016)

The way in which the term “humour” is conceptualized or defined also plays a major role. Therefore, making it essential to understand how a topic which is humorous for one may not be humorous for another. This brings about the need for humour to have a certain cultural sensitivity which it may or may not have depending on the teller, listener and the meaning they create. According to Kleiner, all social groups find certain topics to be sensitive and joking about these topics can often lead to intense emotions of anger, hostility or even passive-aggressiveness. Often people’s religious beliefs, cultures, language, tragic accidents, and crimes are considered to be sensitive issues which when joked about bring forth criticism and hostility. Social diversity ensures the creation of a space wherein individuals find and appreciate humour differently from one another. (Macionis, 2012)

Humour has a tendency to parade as a “benign communication method in its playfulness” as it maneuvers through “complex relationships that may or may not be hierarchically bound.” (Longo, 2010) Therefore, humour leads to a temptation that encourages the human capacity to joke and laugh which often results in being oblivious towards the linkages between humour and prejudice. For example, various instances of name-calling and racist-slurs being hurled at black people in the USA, is a common phenomenon wherein, the idea of these being “just jokes” becomes morally and politically incorrect. (Billig, 2001)

As a result, it is in this definition of humour, cultural differences in understanding of humour and the inability to distinguish humour from prejudice, that conflict arises. Humour allows the conflict to come out in the open when one or both parties choose to do so. There are numerous instances corroborating this- men telling jokes about women or straight people telling jokes about gay people- expresses a certain hostility towards the other group. (Macionis, 2012)

“Put-down jokes” serve to make one social group feel good at the expense of another social group. Davis concluded through a study that the conflict between different ethnic groups in the primary force driving humour. Jokes on ethnic groups make mockery of a disadvantaged group, thereby, placing the jokester at a pedestal or making them superior. In the USA, Poles have been the target of ethnic jokes, just as the Newfoundlanders in Canada, “the Irish people in Scotland, the Sikhs in India, and the Kurds in Iraq.” (Macionis, 2012)

However, various scholars oppose this view of humour fueling ethnic conflict such as Davies who in, Ethnic Humour around the world states that jokes on the disadvantaged or the minority are “just jokes” and being fundamentally harmless, carry with them no ideological harm. Several scholars have opposed this view by stating how humour in certain contexts provides “ideological functions for a serious discourse.” (Weaver, 2010) There have been considerations about the presence of an intrinsic link between humour and prejudice. In Portrait of the Anti-Semite, Sartre states that bigots experience a sense of pleasure through the “joy of hating” He talks about how Anti-Semites find it amusing to be Anti-Semitic and display hatred masked as humour. Their jokes and humour often becomes a serious concern for their opponents, who often view the roots of these ethnic jokes as being absurd.  In Dialectic of Enlightenment, the meetings of Anti-Semites are observed as being a product of fascism that breed “organized laughter” since the ideological righteousness gives them the permission to break free from the constraints of conscience and dehumanize their victims.

This depicts how humour surrounding ethnic groups, that disregards the idea of cultural sensitivity is borne in prejudice and fuels hatred. Therefore, we observe how the ideology of hatred runs parallel to the ideology of humour since these jokes employ stereotyping and prejudice to cut across the seriousness of a fact and further bring about the possibility of conflict. (Billig, 2001)

However, humour contains within itself a certain duality that allows for its usage by the “subordinate” individuals as well. It can be used as an extremely powerful tool for the marginalized and function as a “weapon for the weak” Besnier sheds light on how old Polynesian ladies of Nukulaelae Atoll struggle to incorporate modernity into their lives and in order to gain “an agentive control over their mockery and that of their kin” through usage of humour and self-mockery. (Macionis, 2012) Therefore, marginalized groups utilize humour to strategically to challenge the powerlessness they possess or are made to possess by overturning the dogma and commenting on the paradoxes. Parody or satire (subversive humour) can be viewed as a response or reaction towards institutionalized humour and as a micro-revolution in retaliation of their social marginalization and oppression. (Longo, 2010)

Humour thus presents itself in the form of an alternative script in the prevailing social order. Gouin in his examination of women’s activism, noted their accounts of how “humour does not dismiss the seriousness of the situation, instead displays severity for others to see, mock and understand.” Downe claims that humour has a certain subversive potential that allows for the weakening of the dominant ideology through the meticulous exposure of the absurdity they contain and allowing for them to be criticized and ridiculed. (Longo, 2010)

Weaver’s work sheds light on a major part in this retaliation through the concept of ‘reverse discourse’ which is used by the Afro-American, black and Afro-Caribbean in the USA and the UK. It is in their comic acts wherein they implement sign-systems that represent cultural and embodied racism for the development of a “reverse semantic effect” This reverse discourse primarily serves 2 functions. The first being acting like a rhetoric which enables the attack of racist claims and meanings. The second being the rhetorical resolution of the ambiguity that is itself contained within the reverse discourse. (Weaver, 2010)

Therefore, it is not difficult to conclude that humour is a political tool. Recent research shows how humour has been used to criticize political elites. Mahiye Dagtas showcases how humour can be used to deal with a repressive regime such as the Arab uprisings. The protests that took place in Gezi Park also serve to show how humour can be a powerful political tool of the underdogs. In a slightly different context, Antoine discusses humour as a tool that opposes dominant worldviews. Her ideas talk about how the stand-up comedians “push the edges of hegemonic discourses of race and gender” and highlight the sexist and racist cultural beliefs, behaviour and practices. Through anthropological study on humour and stand-up comedian, she urges the need to view humour as a tool for anti-sexist and anti-racist activism and not simply a performative tool. (Swinkels & Koning, 2016)

Humour serves as a medium to escape from a reality that is not constructed to our liking, which further elucidates the reason behind most comedians coming from some of the most oppressed and discriminated classes such as the Afro-Americans and Jews.

In conclusion, humour can be linked to ethnicity, conflict and stratification and at times, it can also be viewed as a means of retaliation and response to oppression. The ability to maintain this sense of humour allows us to not be bound by the shackles of reality. Thus,  humour presents itself as a complex and contradictory phenomenon, difficult to conceptualize and impossible to underrate. (Macionis, 2012)

Weaver, S. (2010). The ‘Other’ Laughs Back: Humour and Resistance in Anti-racist Comedy. 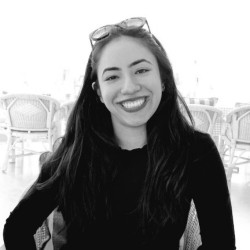