In the world of copyright and anti-plagiarism laws, any writer’s or artist’s creative content today is better protected than ever before. However, this has also left many naive, well-meaning writers who derived inspiration from others’ work susceptible to plagiarism charges. Thus it becomes important to learn the proper way to give credit for references through citations.

Citation: All You Need to Know

According to the Oxford Dictionary, a citation is “a quotation from or reference to a book, paper or author, especially in a scholarly work”. It is a way to tell the reader that the idea expressed is not your own and that certain material in your work came from another source. The citation should include the following details-

This also allows the reader to refer to the said source if they wish to. Citations should be given any time you use a direct quotation on a paragraph from someone else’s work when you give a specific reference to the work of another when the idea you are expressing has already been expressed or someone’s work has been instrumental in shaping your ideas.

Read: How to Publish Your First Journal Article

Primary sources are first-hand sources. They are digitised, reprinted or reproduced in their original form. For example, texts such as autobiographies, newspaper articles, personal letters and diaries, government reports, etc. or physical artefacts such as clothing, pottery, ornaments, architecture, etc. or audio-visual sources such as interviews, songs, films, etc.

Secondary sources are written about and derive their information from primary sources. These include discussions, commentaries, critiques, analysis, interpretation of the primary source. For example book and movie reviews, history, encyclopaedia, scholarly articles and journals that assess original research of others.

Sources should be cited both in-text and at the end of the paper. In-text citations usually include the name of the author and the year of publication in brackets. Example (Schnaiberg, 1980). However, the exact way to cite will depend upon the style you follow. The citation should be provided right after the relevant information. Various citation software help track sources for creating bibliographies, in-text citations and reference lists. Information that may be considered common sense or general knowledge need not be cited.

Citation style refers to the format in which the citation appears according to an established set of rules and conventions for documenting sources. There are many citation styles. Three major ones are discussed below-

The APA style is used for education, psychology, sociology and other social sciences. The citation of a book in APA style follows the following format-

This format places emphasis on the date of creation or publication in an effort to track the currency or relevancy of the article.

The MLA style is used for arts, literature and humanities. The in-text citation includes (Name of the author, page number). The full citation has the following format

For example, if a paragraph is borrowed from Amy Tan’s book, The Joy Luck Club, page 35, the citations would be as follows-

This style is mostly used by students and researchers for real-world subjects in magazines, books, newspapers and other non-scholarly publications. The Chicago style uses footnotes and endnotes to reference pieces of work in the text. To cite from a text, a superscript number is placed at the end of the phrase or paragraph. These citation numbers follow a sequential order. Each number corresponds to a citation, a footnote or endnote.

Difference between a Footnote and an Endnote

Both footnotes and endnotes are added by placing a superscript number in-text and adding a footnote or endnote corresponding to that number later. However, a footnote is added at the bottom of the page on which the reference/superscript number appears. Endnotes are added at the end of the article/book right before the Bibliography on a page titled ‘Notes’.

Difference between References and Bibliography

These terms are often confused not just by students but also by academicians. However, there is a major difference in both the terms. The Bibliography is a list of sources that the author uses to gain background information. These are the sources such as websites and books that were used to gain a deeper understanding of the topic and other sources that might be related to the topic. These are usually written in the MLA format in the Bibliography. A Reference list displays all the sources that were directly quoted, cited or referenced in the writing of the actual paper. The citations are included both as in-text citations and as full citations on the reference page.

Difference between Source and Reference

Source and reference list are often used interchangeably in academic papers because there is no major difference between the two from a paper writing point of view. However, if they were to be looked at from a grammatical perspective, both words have a minor difference. A source is the place from which information is derived while reference is the relationship or relation to something.

Ibid is a Latin word short for ibidem which means the same place. It is used when a citation provided in a footnote or endnote is repeated consecutively. For example, if citation 1, 2 and 3 are all taken from the same source the citation would be as follows

Ibid is only used in Chicago style which uses superscript numbers and footnote/endnote citations and not in APA or MLA style.

2 How to cite an author more than once?

Three different situations might arise while citing the same author.

All in-text citations are accompanied by full references on the references page in the same format as given earlier in the article.

Chicago style uses superscript numbers and footnotes/endnotes at the end. However, if consecutive citations are by the same author, same work, the concept of ibid can be used. For more information on ibid, see previous question.

3 How to cite multiple authors in the same citation?

In APA format, two authors are written with an and in between. Eg- (Johnson and Smith, 1995). For 3-5 authors, the first time the surnames of all authors are mentioned but if the work is mentioned again only the surname of the first author is mentioned accompanied by “et al.” Eg- (Johnson, Smith, Jackson and Chen, 2008) and later (Johnson et al., 2008). For 6 or more authors, simply the last name of first author accompanied by “et al.” is used. Eg- (Thomas et al., 2008).

The APA style uses this format for 2 to 20 authors- List by their last names and initials. Separate author names with a comma. Use the ampersand instead of “and” before the name of the last author. Eg- Nguyen, T., Carnevale, J. J., Scholer, A. A., Miele, D. B., & Fujita, K. (2019). Metamotivational knowledge of the role of high-level and low-level construal in goal-relevant task performance. Journal of Personality and Social Psychology, 117(5), 879-899.

In MLA format, when there are two authors, the first name appears in the last name, first name format followed by “and” and then the second name in first name last name format. The rest of the reference follows the normal MLA format. Eg- Gillespie, Paula, and Neal Lerner. The Allyn and Bacon Guide to Peer Tutoring. Allyn and Bacon, 2000. If there are three or more authors, only the first author’s name is written followed by et al. For eg- Wysocki, Anne Frances, et al. Writing New Media: Theory and Applications for Expanding the Teaching of Composition. Utah State UP, 2004.

In Chicago style, for two or more authors, names of authors in first name last name format accompanied by an “and” is used. The rest of the format remains the same Chicago style. For eg- Ryan C. Black, Rachel A. Schutte, and Timothy R. Johnson, “Trying to Get What You Want: Heresthetical Maneuvering and U.S. Supreme Court Decision Making,” Political Research Quarterly 66, no. 4 (December 2013): 826.

4 If I paraphrase do I still have to cite?

It is usually advisable to paraphrased information in articles rather than direct quotation but you must be careful to not change the meaning or essence of the information. Even when the information is paraphrased you should cite or reference the source from where you got the idea by using a parenthetical in-text citation. The APA format requires you to include the name and date. You can also include the page numbers but it is not compulsory.

Read: HOW TO AVOID PLAGIARISM 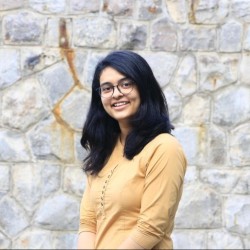