It’s common to hear the expression “put yourself in my shoes” or “if the shoe was on the other leg”, meaning one cannot truly comprehend another person’s actions unless they’re in their position. This attempt to understand human actions and behaviour from a sociological perspective, in one word, can be defined as Verstehen.

Verstehen which literally translates into “to understand” is a popular concept in German Philosophy and is also used in social sciences but was brought into the limelight by eminent German Sociologist Max Weber in the late 19th Century. Verstehen is a subjective and interpretative assessment of society and individuals to understand their point of view rather than opting for the generalisation of facts or perceiving the objective reality of society. It strengthens the concept of antipositivism put forth by Weber. It is antipositivism belief that any social phenomenon can only be understood by considering the role individuals or entities played in its occurrence.

Verstehen delves deeper into understanding and comprehending the meaning behind a specific action. It understands the doers or the actor’s reason behind indulging in an activity. A Verstehen approach involves empathising with the subject rather than simply observing it. It allows the researcher or observer to live the thoughts and feelings of the subjects.

It is one tool that can be used with other research methodologies to gain an interpretative understanding of the topic at hand. As a result, we can better understand the meaning behind social happenings associated with the actor or the subject.

Weber further proposed and developed his theory of social action that is associated with Verstehen. According to Weber, interpretive sociology views each individual and his actions as its basic unit and its primary carrier of meaning.

In conclusion, Weber states that sociology reduces these concepts to understandable action, namely the purpose or source of motivation of participants or subjects. He believed that the concept and method of verstehen help to understand the motivation and reason behind an individual’s action and behaviour.

Verstehen acts as a tool to aid and assist the qualitative research method. It strengthens the findings and validates the information. It is considered to be one of the most important methods used by sociologists to do their research. It helps to understand the structural changes in society. Weber tried to develop a scientific method to study the dimensions of society and social actions. 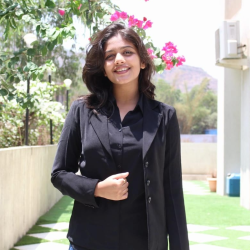