Since society has given its definition of ‘perfect’, there are many women facing problems like body shaming, low self-esteem, anorexia, and bulimia nervosa.

The despair of bodies

In the urge of looking ‘desirable’ and ‘perfect’ as per the society’s norms, they are and have always been harsh on women. Right from the Victorian era, a woman was supposed to be frivolous, delicate, docile, and dutiful. The ideal woman was one who could bear pain and suffering. From childhood, girls were supposed to be tied up in tight laces and dressed in stays. Little elder girls were supposed to wear corsets to be in ‘shape’. Women who had small waists were admired and considered beautiful. 2020 might have some differences in clothing style, but the fact remains the same that till today women are pressurised to have perfect bodies to be admired and called beautiful by society.

An ideal body is considered to be skinny, toned, white, and tall. Because of definitions like this, girls at a very tender age starts thinking about their increasing weight, size, their looks, when they actually should be bothered just to play and hang around.

According to the National Association of Anorexia Nervosa and Associated Disorders (ANAD), girls from the age of six starts thinking about going for a cosmic surgery to fit in the standards of ‘beauty’ they heard about. Women start commodifying their bodies.

With despair of bodies, a critique comes in that even men are pressurised to have a desirable body and women just play a ‘victim card’ to seek attention. That is indeed true that all the bodies go through despair, but in the case of women, the scale is high. There is a general notion of having beautiful wives by each family for their sons, but what is needed for a boy is to earn well. Since women bodies are objectified, they are supposed to be more presentable, which satisfies some eyes. Moreover, it is seen mostly in small girls, the anxiety of becoming fat and ugly.

Also, with growing technologies, this pressure has increased than before.

Body shaming is the practice of humiliating people about their body type, shape, or appearance by mocking at them and degrading them.

Humans have become very insensitive and inhuman right from The Cognitive Revolution. Though very few people fit in the definitions of beauty the society has set but it had become a standard. Women start worrying if they do not fit into the desired dresses or brands.

Having hair on the body is also considered undesirable for women. Calling women gross for their body hair is extremely insensitive. Most of the women, to be approved by everybody feel pressurised to remove their body hair.

Wearing makeup is another example. Though there is a debate between ‘natural’ beauty and wearing makeup, we sense a much-gendered notion here too. To look pretty and flawless, they are pressurised to always remain presentable.

There is rapaciousness to have an ideal body because there is a sense of fear of rejection by society and social groups.

Though the Liberation movement occurred in the 1960s that challenged the beauty pageant objectification and there was a rebel against the body expectations. However, some things have been improved, but there is a lot of way to go.

Who is to be blamed?

There is no specific person to be blamed for body-shaming women or pressurising them to have a perfect body. The whole society should be accused of it.

The media and fashion industries have a huge impact on ordinary people’s lives. The movies we watch, where the leading characters are shown to have an ideal body all the time develop an urge in us to achieve that. The actors are peoples’ role models. Heroines are shown to have a zero figure otherwise she would not get the hero. The desire of having a figure of size 36-24-36 is unreplenishable. Starting from the size of the breasts to toes of desirable size for women are already constructed.

Movies and comedy show mocks at ‘fat’ and ‘black’ women all the time. This also leads the audience in a wrong path. Some Bollywood movies had completely ridiculed fat ‘black’ women. Television commercials selling beauty creams to get ‘fair’ is also highly problematic, the advertisement shows that a woman who is not fair, never gets a boy or job.

Disney Barbie movies that are seen by small girls also feature the Barbies, especially the protagonist to be fair, tall, tones, having beautiful eyes, flawless skin, and always dressed up in a presentable way. This misleads girls and they try to make themselves like their role models. They constantly want to look like a doll.

Friends and peer groups are also very important and their comments sometimes hurt the person to a very severe extent. Sometimes, a casual body-shaming comment by a male friend or their constant advice to have a healthy diet makes the person anxious and under-confident.

Family is an inseparable element of our lives. Constant reminder of parents to lose weight to a girl in order to get married is very pressurising in nature.

Sometimes, spouses too pressurise women to have a perfect body. Sometimes in some cases, women are also feared of losing their partners if they get oversized than before or start to look ugly.

Overall, there is a pressure on women from every section of the society to be ‘perfect’ in size.

Facing the constant pressure to look beautiful, a social construct, women are adversely impacted. It gets down deep at the mental level. They start feeling under-confident and they develop a low self-esteem. Due to the constant pressure of the society, they keep themselves holding back from the activities they want to do. Sitting in a well-mannered way can be an example. Not getting into the type of jobs they want can be another.

Sometimes, it also results in depression in many women. They start to harm themselves by having an unhealthy diet plan or overdoing exercises and exhausting themselves to a major extent. Due to an unhealthy diet, they develop diseases such as anorexia and bulimia nervosa.

How to eradicate this pressure?

To get rid of this pressure, people have to start accepting themselves, the way they are. Having a short height or dark skin is not their ‘fault’. They need to keep promoting their self-image high all the time. Self-love and self-care is very important. Losing weight to be healthy is a positive sign. But to lose weight to get society’s approval is a wrong approach.

Society as a whole, media, family, and friends also should help by accepting the person and stop presenting certain bodies as ‘desirable’.

The urgency of having a ‘perfect’ body for any gender should be stopped thought and reflected. There is a pressure of the society of having ideal bodies for everyone but that needs to be questioned, as they are highly problematic.

This is not to say that being unfit is healthy, but the mental anxiety that comes from the external social world is unhealthy.

Botero. “Is There Too Much Pressure On Women To Have The “Perfect” Body?.” https://thediscoverer.columbus.edu.co/opinion/is-there-too-much-pressure-on-women-to-have

Nazareth, Felicia. “Is There Too Much Pressure on Females to Have Perfect Bodies?.” https://www.alignthoughts.com/is-there-too-much-pressure-on-girls-to-have 0task. 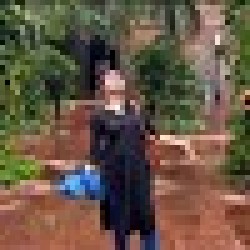 Hey everyone, I am Sejal and I am a highly enthusiastic adult seeking opportunities coming to my life. I am high on optimism and SRK movies!! I am talented in transforming a simple life into a complicated one! PS: I love Gol Gappe and chocolates!!