The ticking of the clock is typically used to conceptualize time. But is the clock’s hand tied to the time, or is it the other way around? Well, put your thinking caps on because we’re going to use sociology to grasp the concept of time!

For a layman’s understanding, time can be defined as a passing phenomenon that delineates the boundaries between the past, the present, and the future. Moreover, the sociology of time, basically, examines how individuals perceive time, how it is utilized and quantified, and how it affects social behavior. It can encompass everything from the way we divide up time into different units, to the way different cultures experience time in different ways.

Time is sometimes thought of as a series of events. There is also this popular idea amongst sociologists that time is a social construct. This shows that time is a human invention that varies from culture to culture and from region to region. And finally, time is an idea that various sociologists frequently disagree on. Some sociologists think of time as a fluid concept, while others think of it as a more tangible term. Let us delve deeper into this discussion of the sociology of time by analyzing the different perspectives of numerous sociologists on it:

Different sociologists take on the conception of Time:

There are a few different perspectives on time among sociologists.Various sociologists have different ideas about how time works. Let’s examine their works in detail!

Karl Marx on the conception of Time:

One of the earliest studies of the sociology of time was done by one of the greatest Sociologists of all times, namely Karl Marx, who looked at how time is used to control the masses. For instance, Marx in his famous work, Economic and Philosophical Manuscript 1844 exclaims that “the more time the worker spends in the production process, the more he becomes a slave of time and the less he becomes himself. The less time he has to dispose of as his own, the more time he spends as the slave of time.”

Marx essentially makes the case that time is treated as a “commodity” by capitalists in order to increase profits in capitalistic production. Workers, on the other hand, are constrained to think in terms of monetary values and to spend all of their time working for wages. They don’t realize that their time is not their own and is instead managed by their bosses as a result. Marx refers to this as “alienated time.” This occurs when humans are not liberated by time but are instead controlled and ruled by it.

Marx believed that true freedom came from making constructive and creative use of our time in ways that benefited both ourselves and others.

However, according to Marx, under capitalism, the majority of people are forced to spend their time working at jobs they dislike and for pay that cannot meet even their bare necessities. They are cut off from the work they do, the people they collaborate with, and the end result of their effort, which is devastating.

As Marx noted, the understanding of days has been used by capitalists to commodify time in the present scenario. This is demonstrated by the widespread celebration of Valentine’s Day and Halloween around the world, which ultimately generates profits for some capitalistic industries. For instance, the Archies Gallery benefits from such events. Again, over time, the commodity of time leads to the commodification of relationships because relationships nowadays are primarily based on monetary goods. The young people appear to adhere to the adage “the larger the presents, the greater the love.”

Heidegger’s Time and being:

Additionally, Heidegger believed that time was more than just a passive vehicle for events to take place. Instead, it is the precondition for anything to happen. In his opinion, reality itself is made of time, not as a “container” in which objects are stored.

In other words, time is something we experience and are a part of, not something that exists outside of us. As a result, our understanding of time and that of being are inextricably linked. He also believed time isn’t just a series of moments; rather, it’s the way we perceive the unfolding of being.

An example can help illustrate this idea. Consider a person who is in a hurry to get to a meeting. This person experiences time as being scarce and feels rushed. In contrast, someone who is not in a hurry may experience time as being more plentiful and less rushed. Both people are living in the same world and both are experiencing the same time. However, the person who is looking at the clock is experiencing time as a sequence of static moments, while the person playing the game is experiencing time as a continuous flow. As a result, time, a singular phenomena, is perceived differently by each individual.

Famous German phenomenologist Edmund Husserl (1859–1938) wrote “The Crisis of European Sciences and Transcendental Phenomenology” in which he discussed the nature of social change. He contends that there is a major distinction between social time and natural time in this famous work. According to him, social time is qualitative and subjective, whereas natural time is objective and quantifiable. In addition, he thought that social time evolved from natural time and would eventually converge with the former.

Moreover, he thought that sociology should investigate how people see time subjectively and that each person has a unique sense of time. He also believed that while social time fluctuated, natural time remained constant. He believed that time was a constant aspect of the universe, and that social time was basically a human invention!

In the context of the difference between social and natural time, we can also see how time has been created and made according to the hegemonic understanding of it.

For better understanding, consider this example, Europe as a whole understands the time period of its downfall around 500 to 1000 AD as the “dark ages of the world,” whereas it was only about the condition of Europe. Therefore, the dark ages and the scientific revolution are all social times that were experienced by countries subjectively.

The traditional scientific viewpoint, which seeks to understand time through speculative reasoning and observation of the natural world, contrasts with this method.

It’s interesting to note that Alfred Schutz’s phenomenological sociology of time-and-action places emphasis on using people’s actual experiences to comprehend time. He rests his case on the idea that time is not a fixed idea but rather a fluid, highly subjective, and ever-changing experience. As stated before, he makes an effort to understand time through the lived experiences of humans.

Hence, he argues that time is more than a backdrop against which an action occurs; it is a crucial part of the social environment.

Johannese Fabian as a critique of imperialist view of time:

Johannes Fabian is currently a professor of anthropology at the University of Amsterdam, and his critique of the imperialistic conception of time is that time is too focused on the Western experience and does not take into account other cultures’ perspectives. In his famous work, ‘Time and the Other’ he criticizes the fact how we all are forced to take a static and Eurocentric view of time, which gives rise to such terms as ‘others.’

Fabian also examines how time is viewed in various cultures, using the example of Africa to show how time is viewed differently there than it is in the West. In contrast to the more linear perspective of time that is prevalent in the West, he notes that time is frequently perceived as a cyclical and repeated occurrence there. Additionally, according to Fabian, the cyclical interpretation of time is more consistent with how people actually perceive time. He contends that people are more inclined to perceive time as a series of cycles in which the present keeps repeating because they have limited capacity to comprehend the future.

Moreover, he argues that the sociology of time, which is the study of how time is perceived and used, is based on a Western perspective that views time as a commodity. Another example of how time is perceived differently is that some of the aboriginal tribes like the Kung San people in the Kalahari desert have a very different understanding of time than people in the Western world. In contrast to the western notion, these people see time as a cycle that constantly repeats itself. They do not have a concept of the past or future but still make use of time. But these kinds of tribes or powerless people who don’t have power to write history, don’t get to determine the time but it is determined by the ones who have power, for example, like the West. And that’s how the category of ‘other’ comes into the picture, as western notions keep people out of history and perceive time their way!

To summarize the entire discussion, we can say that a sociological perspective on time allows us to perceive time in ways that differ from the conventional understanding. Time is an illusion, according to one of sociology’s fundamental principles. Therefore, our perception of time as a linear series of moments is not a true depiction of the nature of time. As opposed to that, time is a social construct that is influenced by both our personal and collective histories.

Our social context can also have an impact on how we perceive time. Time may seem to pass more swiftly when we are having fun and more slowly when we are bored, for instance.

In contrast to cities, where life moves quickly because everyone is in a hurry and doesn’t have time to appreciate the slower pace of life, villages likewise seem to have a slower pace of life since here people prefer to appreciate every little moment of life. And the fact that our experiences shape how we view time further demonstrates how it is only a social construct and wholly changeable.

Time is also a moving target that can be perceived in a variety of ways. Our culture may also have an effect on how we view time.

Depending on how time is “measured,” we could experience it in a different way. The way we use our time may differ depending on the characteristics of our personality. Our relationship with time can be influenced by our age, occupation, and place of living. Time is affected by technology as well, which has led to the development of “time-saving” devices and a speeding up of time. Surprisingly, all the above-mentioned sociologists concur with the idea that time is employed as a weapon to benefit those particular individuals who dominate society. Hence, a thorough sociological grasp of it might set us free from the constraints of the illusionary conception of time that reduces us to being nothing more than robots. 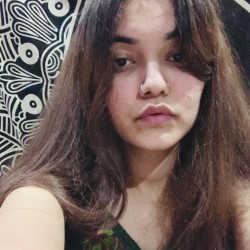