Time has seen such a situation arrived which has substituted the title, entitled to a country, “basket of bread” to “dust bowl”. The reason behind this is the removal of the green cover of grass from the ground, the grass which once which was educated comparatively more than the older generation the soil altogether, had now been removed from the surface in order to satisfy one’s demand and to win in competition of world market, therefore flowing wind created a terrible storm of dust, which causes thousands of death, disruption of the communication lines, millions of cattle’s dead due to suffocation.

Therefore the green revolution was started to, not only improve the agriculture but also to achieve a sustainable environment along with saving forests and to plant new trees

In the field of agriculture, the new peasant was required to impart new technology along with the old experience of old peasants. They are required and are needed to install the advice and recommendations of experts and technicians for irrigation, soil testing, the use of fertilizers and seed. This work and change had brought up with the new thinking and new adoption techniques of new generations, which was educated comparatively more than the older generation. The green revolution allows imparting such techniques in agriculture which may provide a sustainable development. Green revolution involves in it, to spread awareness among the farmers and the peasant; bringing an opportunity before the people of the lower class to compete with the big and dominating class people. This competition increases the quality of the crop, make crops available for the majority of population moreover this also improves the environment around.

The green revolution even allows the media to uncover the work done by the huge company.  For example, media is empowered to expose many things relating to a company for example – the drainage system of a company. The consequences of such sting operation and such exposure has frightened other companies; thus, use of natural products to manufacture product becomes mandatory and hence forcing them to shift its drainage system, to drain the waste in such place which is not occupied with people or life. When chemicals are not used and only  natural products are used to grow crops, the production rate automatically goes down which  provide village cottage industries more and greater opportunity to come up for competition; moreover promoting cottage industries also provides employment to a number of peoples 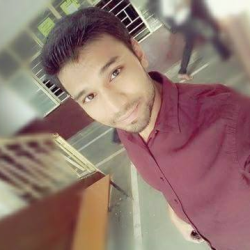