The election manifesto of the ruling party at the centre, for the upcoming Kerala assembly election, promises to bring in a law against love Jihad, the term taken to refer to a deliberate campaign that uses love to convert Hindu (and Christian) women to Islam.

The latest state to bring in a law that penalises religious conversion was Madhya Pradesh. The BJP rules are in a race to enact a law against Love Jihad. In this way, states are enacting a law against something which never existed in society. Thus Durkheim’s concept of Social fact found relevant today, but not in his way. Let’s see how the issue relates to Durkheim. Emile Durkheim, a pioneer of the discipline of Sociology, from France introduced the concept of Social fact. In layman’s terms, anything that restricts the activity of the individual from outside is a social fact. A simple example would be Religion, which influences or restricts individual actions in society. Though the concept has been reasonably criticized by later sociologists, it is still relevant today.

One of the most important characteristics of a social fact is Externality, according to Durkheim. Externality means that the social fact exists outside the individual and coming into existence as a part of the autonomous development of society (sui-generis). Thus, any social fact should be developed on its own (say religion, which has a long process of evolution).

The Union Home Ministry had made it clear that the term love jihad is not defined under the law and no such case has been reported by any of the Central agencies while replying to a parliamentary question. The NIA investigation of interfaith marriages after the Hadiya Case in 2018 found no evidence to prove that there was a forceful marriage for the purpose of conversion. But the recent efforts to enact a law against love jihad is ultimately an effort to create an artificial social fact in Indian society. Durkheim’s social fact is natural that he argues is functional to the society, subject to debate. But this artificial social fact of Love Jihad is purely dysfunctional in the following ways.

Dysfunctional aspects
Firstly, love jihad, as campaigned by the Hindutva forces, is an imaginary idea, which makes the people believe that it had truly existed, thus creating a sense of hatred against the Muslim community. In the long term, this poses a serious threat to the Unity of India by constraining the people of other religions to limit their activities with the Muslim community.

Another dysfunctional aspect of this artificial social fact would be its constraining influence on the choice of the women of other religions to choose their partner from the Muslim community. Even today inter-religious marriages are of very minuscule percentage but today their choice is limited by factors like family, relatives, etc, but once the society accepts the imaginary love Jihad as truly existing, their choice of choosing their partner will be limited by the women from within, as they will become suspicious of any Muslim men they come across in their life. In a society where inter-caste and inter-religious marriages are seen as the only solution towards a truly secular India, the imaginary love jihad will have a disastrous effect.

The next one is dysfunctional to the whole society, but functional to some conservatives. It is that there will be a reinforcement of the idea of vote bank politics, among the politicians once the law against love jihad gets enacted and accepted as a social reality. Thus, the religious sentiments of the conservative Hindu groups, which always search for ways to vent out their hatred, will get a clear path to direct their hatred through voting once the law gets enacted. This in turn will further strengthens the feeling of insecurity that is prevailing among Muslim citizens. These dysfunctional aspects will lead India to a path of disorder in society.

In Uttar Pradesh, within a month of anti-religious conversion law, 51 arrests were made, 14 cases were lodged. These numbers are really huge for a month. If such a pace of enforcement had been made, for laws that punish for crimes against women, Dalits, and other minorities, India would have been a better place for enjoying human rights.

Lok Sabha was informed in the previous month that, the government has no intention as of now to bring in a central law against religious conversions or interfaith marriages. If this was the stance of the Central government, then it is the duty of the same to keep the bills passed by the state governments, reserved for examination as done in the case of Manipur Anti-lynching bill and ask the other states not to bring in law without any real facts. But the ruling party’s election manifesto for the assembly elections decided to do the opposite.

An interesting thing is that the current attempts to enact a law for love jihad is more or less the same as the ‘wrong number’, the term used in the PK film, by the director Rajkumar Hirani. But unlike the film, where Aamir Khan was there to explain the reality, the top leadership in the country is not doing enough efforts to wipe out the fears of our fellow Muslim friends. 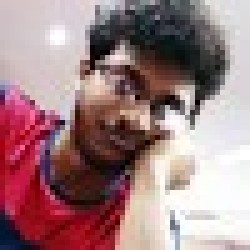