On February 9th the Supreme Court upheld that its ‘high time’ the Indian society came to terms with accepting inter-caste and inter-faith marriages. While communal tensions have always been persistent the society is especially divided along the lines of caste which cordons off a large section of the society and hinders interaction the entire Indian societal diaspora to mingle. This has been prevalent for a long time and especially became reinforced during colonisation where attempts were made to study the Indian society by categorising the society into watertight compartments. However, there have been stories that have stood the test of time and gone against the established conventions, and proved to be exceptional examples here are 10 inter-caste marriages that have defied societal stigma and gone beyond their identities to create a better tomorrow. These stories perhaps stand as a testament to the fact to the statement ‘love overcomes all’. However, in an India envisioned by the makers of the constitution, appropriate legal measures were undertaken to ensure that incidents based on caste-based violence and hatred are done away with. Special provisions were specifically made to ensure that no one in the country has to undergo discrimination of any sort. But the social realities reflect the situation to be far more brutal than expected. The age-old perceptions wouldn’t go away in a day and the separation of private and public lives of people will continue to pose a problem for the people. The only solution to this problem is to uphold the laws in place and follow them through with strict adherence but moreover, it is a change that has to come from within, at a personal level. One has to reflect on their biases and re-evaluate choices and actions to truly do away with this draconian system that has enlisted within the Indian society for days and created boundaries. 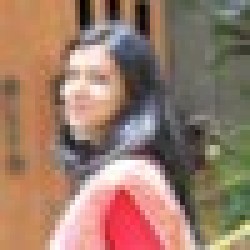