Skip to content
Sociology of Slums: The study of Urban Human Settlements in the Post- Liberalization Era Introduction: The Post- Liberalization era has led to prominent changes in ecology. The world’s population living in cities and towns has grown from 5% to 50% and urbanization has been blamed for this phenomenon. This process of rapid urbanization which started in Europe and then followed to North America with the arrival of the Industrial Revolution accompanied a dark and deprived form of urban human settlements that are now home to half of the populations in cities such as Mumbai, Nairobi, and Mexico City. Inequality is a recognisable factor in terms of the poverty that affects the slums when put into the ecological validity of urban areas. This is substantiated in the form of services catering to sustainability at home, socially and economically in a multitude of environments. (Teotia, 2018).” The slums are a physical manifestation of intra-city inequality and major urban poverty which affects the people of the slums in exploitation and denial of basic fundamental rights/ human rights. Sociology sheds light on the extent to which slums catalyse the analysis of social, community organisation and disorganisation. It also enables an understanding on cohesion, human capital and ecology in a social context. The generalization that states that all people who live in the slums are poor is false but it should be noted that the slums, in general, have below minimum living and working conditions. This proves that poverty and slums mutually reinforce each other. The slum dwellers are exploited and are forced to engage in “menial and less paid occupations” for basic survival which again displays the extent of its inhumanness (Teotia, 2018). This paper explores the slums and its characteristics, and how they are manifesting urban poverty with denial of equality and social justice, and approaches to this problem. The slums are considered as one of the most crucial and tenacious issues in urban livelihood. With it being a major source of crime and death from illnesses, the slums have been widely studied by sociologists. From Bangkok to London, the slums consist of poorly constructed buildings in congested small lanes with high humidity and open drains. Affluent nations like America have one fifth of its urban population living in poor, substandard housing. Socialist countries that have massive urban renewal programs and the denial of private land ownership also consist of slums. The UN Habitat defined slums as “a group of individuals living  under the same roof in an urban area who lack one or more of the following: 1. Permanent, long-term housing that protects against adverse climate conditions, 2. Adequate habitual area for multiple people in the same house, 3. Unchallenging and safe access to water (2007). As conflict arises on discussing the contribution of slums in terms of forming identities or vice versa. It must be taken into consideration that slums are a product of multiple and complicated psychological , economical and social factors; all of which contribute to behavioural traits exhibited by people. Are poor housing conditions a result of social standards of certain groups or does the existence of certain social standards lead to poor housing conditions? No matter what, the most important topic to be discussed is poverty in slums- an interplay of economic facts and subjective group standards. While the slums are characterized by inadequate housing, lack of facilities, congestion from overcrowding, sociologically, it is a way of life. A subculture or a social group with its own complex set of rules, norms and values, which is reflected in poor sanitation and health practices, deviant behavior, and so on (eGyanKosh, 2017).

Three major types of slums have been identified:

While Urbanization made slums more popular, a look into the ancient Roman ruins indicates that they too had a type of slum. The medieval times cities were so crowded that the destitute were kept out of the city. The Jewish ghetto was a unique and important type of medieval slum. What made these slums unique was its isolation from the rest of the society for centuries due to their complex set of social, religious, economic and political factors. Furthermore, the British slums during the nineteenth century explained by Lewis Mumford resulted from the factory system and industrial modern city. Frederick Engels studied the slum conditions in Manchester in 1844 and highlighted the need for the poor to work in factories and how it led to the growth of modern slums. Low wages could not fulfill a need for a decent quarter so the exploited working class had to resort to poor materials with small and low rooms, no bathrooms and a scarce source of water. The Two World Wars added to this crisis due to economic activities being curtailed. In the global south, A.R Desai and S. Devdas Pillai (1990) in their work “Slums and Urbanization” discuss the state and the features that it has adopted that directly affect the pattern of urbanization and the type of living dictated by the country. The constitution includes the right to life and security, right to property, the right to move throughout the country, and the right to freedom. However, it also does not ensure the right to work, adequate housing, secure livelihood, source of earning, and adequate facilities. While a small class of property owners are at the top, a vast section of the population are stuck at the lower level, fending for income and slaving at work to earn less than the amount of work they’ve put in which continues to grow at an exponential rate. Class differentiation and income concentration has emerged directly from government set policies and this is creating the complex and unequal pattern of urban living.

The traditional welfarist approach supports the demolition of the slums and reconstructing with subsidized housing. They state that the best way to bring changes in the slum area and to solve the slum problem is to provide welfare services. This approach has been widely criticized, especially in its application in developing countries as the increase of standards in housing will only attract more people to cities from rural areas which will increase problems. Hence, it is widely acknowledged that the development of the rural standards of living will prevent urban crowding and settlements. Furthermore, it should be highlighted that slum clearance does not come only from redevelopment housing but also from proper orientation of a clean and organized way of life. This orientation requires a proper system of education, motivation of all people, fundamentals of personal hygiene, environmental sanitation, and home management. Especially, increasing the standards of economic conditions such as: guaranteed minimum income, stable jobs, adequate wages, programs to train and motivate youth and adults, and the improvement of social security and public assistance (eGyanKosh, 2017). Urban community development offers a new approach that relies directly on the slum dwellers. Attributes such as “encouragement and stimulation of self-help, through the initiative of the individuals in the community” and “reliance upon persuasion rather than upon compulsion to produce change through the efforts of people” are included in this approach; in hopes that slum dwellers overcome their dependence and solve their problem (eGyanKosh, 2017). The Marxist and Socialist approach to the problem of slums clearly points out that if only the land in urban areas is nationalized and removed from the orbit of market operation will prevent the exploitation of the Proletariats (Desai and Devidas, 1972).

The formation of slums is directly correlated to rapid urbanization around the world. This phenomenon leads to urban human settlements that represent impoverished and intra-city inequality. The lack of basic human needs affects the quality of life of slum dwellers, making it a major problem in most countries. While governmental policies do not positively affect this problem, a major effort is being made to come up with different approaches to help slum dwellers lead a better life. With the use of sociology, different approaches should be applied in cities around the world based on the type of slum and the conditions of the same. It is pertinent to apply these approaches at present as the slums affect people and the environment conspicuously. Further ignorance will adversely affect the social and economic conditions in cities. Hence, the application of sociological theory to understand the conditions of the slums to apply proper approaches will help countries prevent intra-city inequalities around the world. Also Read: How to Apply Sociology in Everyday Life References 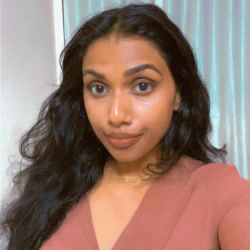