The function can be explained as the result or consequence of people’s action. These consequences can be either latent function or manifest function in any social institution. The distinction is explained by Robert K. Merton in his book, Social Theory and Social Structure, in 1949.

Latent functions are those functions which are unintended or unrecognized consequences of any social pattern. They are present but are not immediately obvious. On the other hand, the intended, conscious, or deliberate functions of the social policies or action which are created for the benefit of the society are called manifest functions. Manifest functions are generally expected from the institutions to be fulfilled. For example, hospitals are expected to provide better healthcare to the people or treat the patients going through any kinds of diseases, or those who met with an accident, etc. Similarly, an example of latent function can be that in a hospital the doctors while treating a patient suffering from a certain kind of incurable disease somehow saves the patient, thus, discovering a new method of treating that particular disease. This distinction between the latent function and the manifest function is the reason sociologists tend to study beyond the reasons the individuals, institutions, etc normally offer for their actions. They tend to search for the social consequences that lead to the various practices of society. 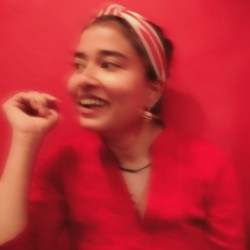