Environmental justice and gender equality are both issues that over the decades have been some of the biggest concerns plaguing our planet as a whole. One such movement that looks at the connection between the two and brings ought together both ecology and feminism is ecofeminism. Ecofeminists look at ecological problems as a feminist issue because women and other marginalized communities are the most vulnerable to the harmful consequences of climate change and environmental degradation, especially in developing countries. It recognises that environmental problems are not separate from sociocultural issues and that they are also cultural, social and political problems.

The academic Mary Mellor in her book Feminism & Ecology  describes  ecofeminism as “a movement that sees a connection between the exploitation and degradation of the natural world and the subordination and oppression of women.” It argues that equality and sustainability are intertwined aims, as the human world and the natural world are intertwined but often not seen as so. There is, however, no one set definition of ecofeminism as there are multiple perspectives and distinctive sets of thought within ecofeminism that approach the topic differently.

Though ecofeminism in general draws from a wide variety of theories and concepts, ecofeminist scholar Karren Warren writes that it was in the late 1980s and 1990s that ecofeminism also became a “distinctly philosophical position”.  She characterizes ecofeminist philosophy as containing the following:

“1) explores the nature of the connections between the unjustified dominations of women and nature; (2) critiques male-biased Western canonical philosophical views (assumptions, concepts, claims, distinctions, positions, theories) about women and nature; and (3) creates alternatives and solutions to such male-biased views.” (Warren, 2015)

It is important to note however that ecofeminist philosophers term it as oppression when it comes to women and domination when it comes to nature. This differentiation is done because they state that only those who are sentient and possess key features such as cognitive capacity and rationality can be oppressed, and in western frameworks elements of nature such as plants, rivers, etc are not perceived as such. Thus, unlike animals and women, nature can be dominated but not oppressed. (Warren, 2015)

In this article, however, we shall be delving deeper into the ecofeminist movement(s), its origin, its branches and critique received.

Ecofeminists have noted how historically women have been more involved in protesting against environmental issues and have been at the forefront of such movements. Ecofeminism emerged as a movement in the late 1970s and early  1980s, spurred on by the various social movements and protests taking place at that time period such as second-wave feminism, anti-war and anti-nuclear stances, and the green movement. Although she had passed away by that point, marine biologist and writer Rachel Carson’s book “Silent Spring” was one of the seminal texts that influenced the beginnings of not just ecofeminism but the greater environmental movement as she highlighted the harmful impact of widespread pesticide usage upon the environment.

The French feminist Françoise d’Eaubonne is credited with having coined the term “ecofeminism” in her book  Le Feminisme ou la Mort (Feminism or Death) in 1974, wherein she “blames masculinist culture for excessive population growth, pollution, and other sources of environmental degradation” (Allison, 2017). Early ecofeminist work in the 1970s looked into how the “mechanistic worldview” propagated by modern science which separated culture and nature to have qualified the domination of nature and oppression of women (Carolyn Merchant) and how different forms of oppression and exploitation are all connected (Rosemary Radford Reuther) (Allison, 2017). Ruether called upon environmentalists and women to band together to work towards ending patriarchal systems.

Around the world, ecological movements led by women sprung up during this period. In India in 1973, the Chipko Movement was started by a group of indigenous women in order to protect the Himalayan forests and their livelihoods which depended on the same. The Green Belt Movement was started by Wangari Mathai in 1977, a reforestation project and NGO that worked towards both environmental conservation and female independence (Gianchi, 2012).

The first ecofeminist courses were also set up around this time and in 1980, following numerous protests and marches by women rallying against incidents such as the Three Mile Island Meltdown, the first ecofeminist conference was held. Titled “Women and Life on Earth: A Conference on Eco-feminism in the Eighties”, it featured more than 80 panels on topics such as militarization, racism, urban ecology, etc and was held at Amherst with over 650 women attending.

Cultural ecofeminists encourage the connection between women and nature as being empowering and liberating and believe that women are closer to nature due to both the natural processes our bodies undergo as life-givers and our role as caretakers. They believe that due to this connection women are more sensitive to ecological issues, and are more suited to work on environmental policy and that it is the masculinist patriarchal capitalist model that has led to all this ecological destruction. Some cultural ecofeminists have also advocated for the revival of pre-patriarchal nature-based religions and spiritual practices such as goddess worship.

On the contrary, social ecofeminism states that there is no universal women’s experience  or inherent qualities that bring us closer to nature as “women’s identities are socially constructed, historically fashioned, and materially reinforced through the interplay of a diversity of race/ethnicity, class, sexual orientation, age, ability, marital status, and geographic factors.” (Warren, 2001)

Materialist ecofeminism holds that the connection between women and nature is one that is influenced by both our biology and our socially constructed identities and that all systems of oppression and domination must be destroyed.

Ecofeminism, particularly cultural ecofeminism is one that has received major critique from many feminists for being essentialist as it lays too much emphasis on women’s biology and privileges female bodily processes. Anne Archambault lays out the criticisms of ecofeminism as such – it relies on female biological functions to create a link between women and nature, it privileges women’s experiences, considers traditionally feminine traits as character ideals, and advocates an ‘ethic of care’, which may not be feasible universally and is not enough to deliver liberation (Archambault, 1993) As has been mentioned above, however, ecofeminism is a vast and multi-faceted, functioning both as a philosophy and movement and thus there has been work done in recent times that addresses these criticisms and looks into better ways of theory and practice.

If you are someone who is interested in reading further about ecofeminism, the following books may be helpful:

Ecofeminism as Politics: Nature, Marx and the Post Modern by Ariel Salleh (1997)

Bianchi, B. (2012). Ecofeminist Thought and Practice. 3rd International Conference on Degrowth for Ecological and Sustainability and Social Equity. https://www.degrowth.info/wp-content/uploads/2016/02/WS_19_FP_BIANCHI.pdf 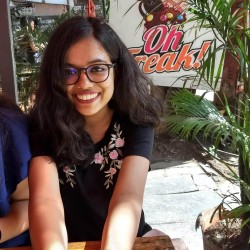