Hindu society is deﬁned and associated with various institutions and the caste system is regarded as one of the social institutions which have foundations of social and moral codes in the Hindu society. But there are many disparities in the understanding of caste in itself. Caste has been largely seen as a functional unit by some scholars but there are many kinds of natural justiﬁcation of inequality and gendered violence that are embedded itself in the origin and mechanism of the caste system. Dr. BR Ambedkar in his essay titled caste in India, their origin, mechanism, and development, published in the journal of Indian Antiquity in August 1917, he redefined the concept and understanding around caste as a whole. He criticized and largely questioned the ignorance of scholars around the caste in India as for example European scholars emphasised the role of color in the caste system. They were also dragged with the colour prejudices which denied their approach to analysed it formation and relations to other factors of discrimination. Secondly, there are also explanations around the origin of the caste as deﬁned by scholars are occupational, religious, etc. Theorists tried to analyze caste within the folds of the division of labour not labourers and alienate the intersections of the caste system. Ambedkar criticized them by arguing that belief can be one factor of caste origin but before belief comes, the institution itself needs to be perpetuated and fortiﬁed.

Dr.B.R Ambedkar deﬁned various characteristics of caste and explained how these not only sustained the caste system itself but restricted the kind of consciousness of one’s community to its caste boundaries only. The ﬁrst characteristic is the “idea of pollution”. This has been associated with the caste institution and the caste which enjoys the highest rank also has the highest purity. As Ambedkar quoted “priest and purity are old associates “. Secondly, caste is the self-enclosed unit which leads to restricting social intercourse and messing with other castes. The prohibition of intermarriage and membership by autogeny are the results of exclusiveness. Ambedkar criticised the concept of endogamy and quoted “caste in India means an artiﬁcial chopping off of the population into ﬁxed units each one prevented from fusing into another through the custom of endogamy. Thus endogamy is the only characteristic that is peculiar to caste”.

The central point about the studies of Dr B.R . Ambedkar is that he expressed the essential concern about women suppression and questioned why the maintenance and oppression of caste are dwelled over women’s heads? The caste is perpetuated with the various customs and women are disposed to preserve the endogamy of the caste. The sati, forced widowhood, and girl child marriage are the rituals which ensured that women must not marry outside their caste and enforced widowhood is the solution to solve the problem of surplus man and women is a condition to ensure both the ends. The men of the caste community have also faced the imposition of celibacy but it failed both theoretically and practically. The numerical disparity between the two sexes and maintenance of endogamy is done by the imposition of four customs as the burning of wife with her husband or compulsory widowhood so that she cannot look for men beyond his caste. As Ambedkar deﬁned widowhood as ” a milder form of burning”, imposition of celibacy on the widower and wedding him to a girl who is not yet marriageable. These are forms through which the caste system is sustained and made itself into a self-enclosed unity.

These customs were mainly practiced by the higher caste Brahmins so what leads to the growth of the caste system all over India? Ambedkar argued that Manu and Brahmins were guilty of many things but they did not lead to the spread of the caste system. They are the upholders and ensured their proximity maintenance but imposing the caste system over the non brahmins is beyond their scope and mettle. The subdivision of society is natural but what is Unnatural is that they have lost the open-door character and have formed as a self-enclosed units as” some closed the door: others found it closed against them”

The spread and growth of the caste system are made possible only by the non brahmins with ‘the inﬂection of imitation’. The various castes have tried to imitate the customs, rituals, and practices to made them integrated within the folds of Hindu society. Ambedkar tried to explain this process of imitation functioning in Indian society with the theory of Gabriel Tarde and argued that there are certain conditions required ﬁrstly the source of imitation must enjoy prestige in the group secondly there must be ‘numerous and daily relations among the members of the group‘. For example, the imitation is associated with the distance (as here distance is seen through the sociological lenses) and explained that the more, one caste is close to the higher one they will imitate the more, the customs like sati, girl child marriage, and forced widowhood are also imitated by the caste nearest to brahmins one. Therefore with this analysis, Dr.B.R Ambedkar called this process “mechanistic process of the formation of caste”.

Lastly, Ambedkar put forward that caste in the singular number is an unreality, caste exist only in
the plural number from this we can understand that there is no such single thing as a caste, rather there are always castes. The four main points from his study are firstly, in spite of the composite makeup of the Hindu society, there is a deep cultural unity. Secondly, there was one caste that started the process and others become caste by the act of imitation and ex-communication. The subject of caste is always seen as an all-absorbing problem. To understand caste as an embedded process one needs to understand Ambedkar’s lines that “sentiment must be outlawed from the domain of science and things should be judged from an objective standpoint”.

The only remedy to annihilate the caste system is the self reﬂection and questioning the authority of shastras. The intercaste marriages and social interactions are the tools to strengthen the morality and unity among all the castes. As Buddha says “see the truth as truth and untruth as untruth”.

The Essential Writings of B.R.Ambedkar edited by valerian Rodrigues caste in India: Their origin, Mechanism, and development,1: 5_ 22. 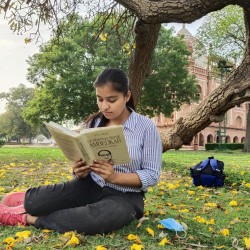