Sociology of Fashion: To understand fashion as a sociological phenomenon this paper will utilise three different perspectives ranging from micro theory to macro theories to how fashion as a cultural phenomenon has evolved. The former involves a concentration on individual interactions and how fashion is used as a tool that controls the nature of those interactions. The latter uses fashion as a political tool to reconstruct one’s identity from the cultural norms embedded in society. Hence fashion evolves under the influence of cultural change – as well as influencing the flow of cultural norms itself. While conflict theory could be an appropriate lens to understand fashion prior to consumer culture, if used today the theory would not acknowledge facets such as taste and identity. Fashion, any mode of dressing that is prevalent during a particular time or in a particular place (Brittanica, 2019). Fashion is much like fads and other collective obsessions, except that it is institutionalized and regularized and tends to change cyclically within limits set by the stabler culture (Brittania, 2019). Introduction: Fashion is the result of a continuous change in cultural norms. For instance, when punk fashion spread to North America in the 1980s it reflected a time of political dissatisfaction of the left against the right-wing Reagan administration. In retrospect, when we look at fashion movements, such as bigger collars on women blazers, it reflects a time when there was an increase in the number of women in the workforce. Additionally, these type of trends continue to be associated with those cultural norms: blazers are associated with work, leather jackets and ripped jeans are associated with rebellion. Blumer describes this type of fashion influence as a process of collective selection whereby the formation of taste derives from a group of people responding collectively to the zeitgeist or “spirit of the times” (DeLong, 2006).

If a woman were to go for a corporate job interview, she would most likely wear a collared shirt, maybe a suit. Hence, she would stick to a professional dress code because as the name suggests it is appropriate- it would elicit to the interviewer that you are professional and hence are an appropriate fit for the job you are interviewing for. The desire to present oneself a certain way is called impression management. Goffman proposed the dramaturgical analysis on social interaction, wherein he compares the world to a stage and people to performers. According to this theory, we perform or act in accordance with how we wish to be perceived and how we are expected to behave. Hence, impression management is how we control and manipulate the information about us that is conveyed to create the desired impression. We, as individuals, perform this manipulation through verbal (ie. talking), non-verbal (i.e.body language) and props (eg. clothes).

But how do we know that wearing a suit will create a professional and hence favourable impression? According to Mead’s micro theory- symbolic interactionism focuses on the relationships among individuals within a society (Matresse). Every individual person’s identity is attached to a status in society (eg. father, teacher, student) and in order to fulfil that status that individual performs various roles. These roles follow societal guidelines or expectations (Crashcourse, 2017). With this in mind, we understand that wearing professional attire will help one fulfil the status of a corporate job worker. The status of a corporate employee is one of many possible statuses a person can have, for example along with being an employee a person can simultaneously be a mother, a friend, a daughter, etc, and perform accordingly. That is to say that a mother is not likely to behave the same way towards her children as she does amongst her friend, this is because that is how she would satisfy different expectations. Through this lens, the role of fashion is that of social distinction- a distinction between men and women, rich and poor, thin and fat

While historically (circa the 1960s) class was a decisive factor in understanding fashion through a sociological lens,  one must consider the current accessibility that many have towards fast fashion. Keeping this in mind, class is no longer an adequate lens to view fashion as it disregards individual involvement (Kaiser, Nagasawa, & Hutton, 1991). Fashion is a prop for which an individual portrays themselves. However, the status may stand in conflict with one another, as well as an individual’s conscious desire to work against social norms. Hence, there exists the very real possibility of experimentation of appearance so as to reconstruct a sense of self (Kaiser, Nagasawa, & Hutton, 1991). Given the current fashion marketplace, an infinite array of appearance styles are possible, and inevitably, constructed appearances are symbolically ambiguous (Kaiser, Nagasawa, & Hutton, 1991).

Postmodernism as a cultural shift can be underwood as the impact of the Enlightenment on modern thinking, the socio-economic transformations by the Industrial Revolution. The concept of ‘postmodernity’ rests on the proposition that after the Second World War something very fundamental changed in the nature of capitalism and consumer culture (Ahmed). Fashion is clearly affected by culture and society, it is not entirely separate from the individual. Social norms that arise as a result of socialization may affect ones fashion choices but psychology and the very real perception of fashion as art, also affect fashion. Hence, the choice is integral in understanding fashion.

Social reality is constructed through interactions, hence cultural norms are created by repeated human interaction. However, in a postmodern society, culture is becoming increasingly ambivalent due to the demand of correlating identity and fashion (Kaiser, Nagasawa, & Hutton, 1991).

Straightforward collective selection no longer exists- fashion norms are now less likely to be caused by singular cultural moments. This ambivalent culture results in confusion about what is considered the norm. For example, the status of a woman requires one to perform effeminately, that is to hold herself, act and dress as a woman is expected to in society. However, with the prominence of the gender binary falling towards more androgynous fashion, women may no longer dress in a way that is socially expected.

Counter culture and the Future

Subcultures are a cultural group that are formed around the idea of rejecting what was once considered “cool,” in favour of a different type of cultural expression (Crashcourse, 2017). Similarly, countercultures are subcultures that position themselves in direct opposition to mainstream culture such as 1960s American Hippies (Crashcourse, 2017). Social media has a strong impact on fashion today, it allows for fashion trends and information to be communicated at a rate that has never before been possible. This results in individuals having a certain power in determining fashion trends and norms in a way that was once only reserved for big fashion magazines (Connell, 2013). Video and photo sharing apps such as Tik Tok and Instagram are active tools of resistance and social justice, consequently, participants of these apps use the ultimate visual aid- fashion, to assist them in this resistance (Connell, 2013).

The impact of postmodernism and fashion, to some extent, challenges traditional power structures, technology and fashion takes this dismantling of hierarchies to the next level. At the top of the traditional hierarchy are cisgender, thin, able-bodied individuals. However, trends such as Fat Fashion February directly contradicts pre-established power structures by challenging fatphobia (Connell, 2013). Those who partake in this trend were part of a counterculture, slowly this subculture has made its way into the mainstream. Now, fashion magazines as prolific as Vogue star plus-size models, such a thing would have been beyond imagination a few decades ago, ultimately challenging the mainstreams long-held notions on fatness. Similarly, androgynous or genderless fashion- trends and clothing that actively ignore traditionally gender norms, has become increasingly popular through mainstream blogging sites such as Tumblr. While androgynous fashion was previously a rare sighting on just a few ‘odd’ or overly eccentric celebrities, today big fashion brands such as Gucci are embarrassing unisex clothing.

Culture and as an extension fashion is ever-evolving as a result of a multitude of reasons- individual psychology, economics, politics, globalisation etc. Like most other cultural phenomena, fashion can be analysed through various lenses, however, some are more fitting for different eras than others. While conflict theory an appropriate lens to understand fashion prior to consumer culture if used today the theory would not acknowledge facets such as taste and identity. As fashion evolution continues, now at a faster rate than ever, the sociology of fashion continues to represent fascinating cultural change, and at times even being the tool by which cultural change occurs. 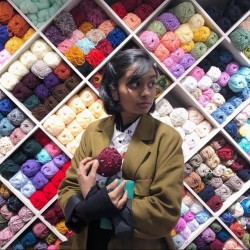