The early man, curious of the events of nature, was desperate to seek an answer. Curiosity about the natural phenomenon along with the desire to control them drove our ancestors to shelter under the belief of a supernatural power, which gradually evolved to religion. Religion is not merely the belief in God, but a way of life, a provider of direction to confused humans, a unit to distinguish between the right and wrong. But the civilizations underwent the modernization process, that changed the mode of thinking in men. The modern man is no more dependant on religion to direct his life. The detachment of modern man from religion has given rise to the comparatively new concept of secularism.

The Western world strengthened their hold on secularism when they decided that divine and temporal matters need to be separated, and the powers of Church over matters of state were contained. Now let us get close to home. The Constitution of India recognizes India as a secular state, and thus, it oi is all the more important for us to understand the notion of secularism. Though secularism in the literal sense refers to a doctrine that rejects religion and religious considerations, in a wider sense, secularism can have two different interpretations. Secularism may mean the separation of state and religion, or it may mean the equality of all religions.

In its first connotation, secularism refers to a precondition where there exists no state religion and the state is not concerned with any kinds of religious beliefs or practices. It extends typo the state allowing the citizens to choose any religion of their choice, and the state is not to discriminate citizens on the basis of their religions. The second interpretation is peculiar took a nation like India, where secularism means treating all religious groups equally. However, we should learn to differentiate between secularization and secularism, as both are not essentially the same. Secularization is not a prerequisite for a state to adopt secularism as a state policy, and both may exist independent of each other. Secularization is modern phenomena, where’s in the modern age of science, people are no longer dependant on a collection of religious beliefs tool frame their life, but let their intellect and rationality take the role. Religion, of course, is not completely irrelevant and secularization does not mean that either, but just that the presence of religion in a society has less influence on the political and social life of people.

Secularization derives its validity from certain notions. First of all, due to the separation of political and religious matters, the state is now independent of religion, that is, it does not require the power of religion to legitimise the authority of the state over people. The state leaves it upon the private spheres of people to carry on with their religious duties unless it harms the secular values of the state. It is upon the people to balance between the secular and religious aspects of society, thus allowing the state to seclude from all forms of religious considerations.

Nehru believed in “dharma nirapekshata”, which meant that the state would not take any religious considerations into account while framing policies.  Nehru’s ideal state gave freedom to all religions and honoured all faiths equally while asking the state to be devoid of being attached to any particular religion.

Besides restating the common notions of how the state must not attach itself to one religion and give equal freedom to all, he emphasized on how the socio-economic problems of a citizen were not dependant on his religion.

Bhargava recognizes three kinds of secularism. The first kind or the hyper-substantive secularism is where the religion and state are separated by autonomy, development or reason. Then comes ultra-procedural secularism separating religion from the state through bureaucratic and technocratic rationality. The third kind is contextual secularism where there is a non-absolutist separation between the state and the religion. He prefers this type over the previous two.

The secularism of India has come under threat on various occasions, and communal violence has made its way to mainstream politics. Incidents such as the demolition of the Babri Masjid are among the many examples where the validity of India as a secular state was questioned.

The destruction of the Babri Masjid on December 6 was a violent humiliation of India’s Muslim minority. The task carried out by a government and party officials was followed by a number of riots , giving a blow to the secular nature of the Indian state.

The Shah Bano case of the mid-1980s brought forward the incident of a Muslim woman asking for maintenance from her divorced husband, where the court ruled in favor of Shah Bano. But her husband moved to supreme court claiming he was not required to pay maintenance after oi iddat. The Supreme Court rejected his claim, in the purview of the secularism of India. But the Muslim community, especially the ulama opposed the judgment and there was nationwide uproar. The Prime Minister Rajiv Gandhi gave in, and the Muslim Women Bill was passed, ensuring that the Muslim men do not have to pay maintenance to their divorced wives after the iddat. Thus the state stepped back from its secular nature by showing its favour for s particular religious group.

Many other events of communal violence have come about, not only shaking the ground of secular harmony in the Indian civil society but also making the state show its affinity towards some particular religious group or the state is directly involved in religion-centric activities.

Thus, it’s high time we step up in preserving the secular nature of the Indian state. All parties must come together to oppose any rising communal power. The government should not fear the risk of unpopularity and take strict action to counter any incidents that have the potential to shake  India’s secular base. The secular actors should be more active than ever before and work to ensure peace in a strictly secular sense. Only then can India’s secular legacy be preserved and the land of multiple religions can continue to live in harmony like it always has. 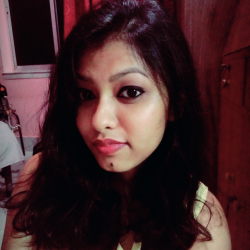