This article discusses the practice of queer affirmative therapy and its importance. Queer people go through unique challenges because of the heteronormative standards of society and therapeutic practices that acknowledge and help them with these challenges are vital. History of the LGBTQ+ community and psychology

Psychology has a complicated relationship with the queer community. The first edition of the Diagnostic Statistical Manual (DSM) released by the American Psychological Association (APA) classified homosexuality as a mental disorder. Homosexuality was also seen in the second edition of the DSM as a mental disorder called Sexual Orientation Disturbance (SOD). This classification gave legitimacy to discriminatory and harmful practices like conversion therapy (Drescher, 2015). Conversion therapy is aimed at changing someone’s sexual orientation or gender identity through unethical and harmful procedures. It suppresses one’s identity and can be emotionally traumatizing for the person.  It can use extreme measures like physical harm, exorcism, etc. to change a person’s sexuality or gender identity. This was extremely prevalent when homosexuality was considered a mental disorder. However, it remains legal in many countries to this day despite being proven to be extremely harmful and ineffective (Farley & Lawrie, 2021).

Finally, in 1973, homosexuality was removed from the DSM III as a mental disorder. This was a result of gay and lesbian activists at the historic Stonewall riots in New York who believed that psychiatric theories of homosexuality were contributing significantly to the stigma within society. They disrupted the annual APA meetings in 1970 as well as in 1971. The removal of the diagnosis was a result of changing attitudes within APA, evidence from many researchers that homosexuality was not a psychological disturbance or deviance, and most importantly, the work of gay rights activists. Even so, the DSM III included a diagnosis of Ego Dystonic Homosexuality (EDH) for those who were unhappy about their sexuality and it caused them distress. However, considering that other facets of one’s identity that they may be unhappy with like race, height, skin colour, etc. were not diagnosed as a mental disorder, EDH was removed from DSM III after a revision in 1987. This changed the view of homosexuality as a pathology or deviance to normal and acceptable sexuality that does not need treatment (Drescher, 2015).

“Gay affirmative therapy” was actually introduced as a concept by Alan K. Malyon in 1982 before homosexuality was fully written off the DSM. In his research about therapeutic interventions for gay men, he wrote that rather than focusing on the conversion of homosexuality into heterosexuality, the focus can be on affirming the client’s identity and valuing their sexual orientation, and help the clients self-actualize. While gay affirmative therapy did focus on homophobia and oppression, it also considered them as the only facets of a person’s environment that affect them. It was not a reductionist view of homosexuals. Malyon gave an outline of what the therapeutic process would be in stages: phase I for building a therapeutic alliance and rapport, phase II for analysing the conflicts of the client, gaining insights on their attitudes and cognitive restructuring, phase III for consolidation of identity and developing intimate relationships and phase IV for establishing a sense of purpose and meaning in life that is personal to one. These phases outlined by Malyon were based research on homosexual men who had problems with internalised homophobia and therefore faced issues with ego-dystonic attraction, difficulty with intimacy, and cultural stigma (Malyon, 1982). Internalised homophobia, especially among religious queer people, continues to be a focus of queer affirmative therapy.

Queer people go through unique challenges because of their gender identities and sexual orientations. Many people from the LGBTQ+ community face social stigma, violence, and discrimination. These challenges can cause a significant degree of minority stress for queer people, many of whom may need to stay “closeted”, i.e., hide their real identities to be safe and accepted. Minority stress can be experienced in the form of everyday hassles like hearing homophobic jokes or more serious negative events like loss of employment, housing, physical and sexual assault. They are also expected to conform to the gender norms that prevail in the larger society and face sexual prejudice. Other contextual factors like their race, ethnicity, religion, socioeconomic status, and disabilities also influence their lived experiences and their relationship with their sexuality. This brings about a need for special therapeutic interventions for queer individuals to have a safe space and resolve these issues (“Practice Guidelines for LGB Clients”, n.d.).

A study conducted by Lebolt (1999) that looked at the experiences of lesbian and gay people who had access to gay affirmative therapy showed that the clients experienced an immediate sense of connection with their therapist and also reported feeling safe and comfortable to talk about anything during their sessions. They also described their therapist as warm, friendly and kind. Many of them also said their therapist validated their experiences of homosexuality and were non-judgemental and accepting of it. They normalized their sexual desires and encouraged the client to develop social and romantic gay relationships. In some cases, the therapist also facilitated their “coming out” process both to oneself as well as to family and friends. People who received affirming therapy described feeling more comfortable with their body as well as their sexuality. They were able to express their identities in a broader manner and developed a stronger sense of identity. Clients who were unsure of their sexual orientation also realised their homosexual identity. Therefore, the availability of gay-affirming therapy had a great positive impact on these people’s lives and helped them improve their sense of self (Lebolt, 1999).

A study conducted in India on a LGBTQ+ affirming therapy group called SAHAAS also found similar results. This study was based in Mumbai and mostly consisted of cis gay men. It suggested that the participants liked the group and saw it as a safe space. Participants also reported better mental health, reduced stress, and feelings of isolation. They also found it useful to learn about the different problems faced by queer people (Wandrekar & Nigudkar, 2019).

Queer affirmative therapy is not an independant psychotherapeutic procedure. It uses traditional psychotherapy practices along with a perspective that queer identities are not pathologies and that homophobia and transphobia has an impact on the mental health of queer individuals  (Malyon, 1982). It requires the therapist to reflect on their attitudes and beliefs and recognize biases that may come from living in a heteronormative society and how this affects the way they view their clients. Affirmative practices like providing LGBTQ+ friendly resources, using affirming language like names and pronouns, breaking out of heteronormative world views and not making assumptions  are very important to create a safe space for queer people. Therapists must also advertise the provision of queer affirmative therapy and ensure that it is accessible by anyone regardless of gender identity or sexual orientation. It is also important to understand that queer people are not a monolith and that every person has a unique experience with their gender and sexuality. They need to understand the effects that the stigma and prejudice that queer people face like bullying, harassment, and lack of safety in society (“Practice Guidelines for LGB Clients”, n.d.). 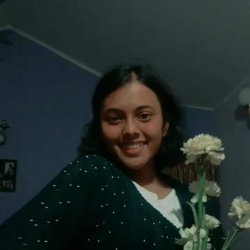