What is Social Stratification?

The world is a diverse place. Human society is an assortment, a heterogeneous mixture. No culture, region, or people remain static between one part of society and another. This diversity is also marked by hierarchical arrangements, which define how some people are more high-ranking than others. In Sociology, social stratification is defined as “the allocation of individuals and groups according to various social hierarchies of differing power, status, or prestige” (Andersen, 2011). In other words, human society is divided into rankings based on socio-economic factors such as ethnicity, race, gender, wealth and income, occupation, the derived levels of social status and social power, and education.

The social structure consists of several layers, which sometimes overlap as well. Amenities and opportunities available in society are unequally distributed among people, and this disparity in resource allocation forms the basis of stratification. The higher the quantities of resources people have, the higher the levels of social hierarchy that they occupy. It is not limited to any particular social group: all spheres of a society experience a certain degree of stratification. One can say that social stratification is a specific type of inequality or discrepancy that exists in human society.

Stratification in society has a few features or defining characteristics. These also help in forming a comprehensive definition of social stratification, and for understanding what it entails.

Ritzer (2007) identifies some of these characteristics. First, social stratification is universal–“every society contains notions about the degree to which individual activities are valuable to society at large, and about the standard of living appropriate for persons differing in occupation, as well as the respect due to them”. Every form of society in history of humankind has had some form of socio-economic stratification.

Second, “The process of stratification is usually a cumulative one. A person may begin life at a disadvantage, and disadvantages accrue through the stages of people’s lives, such as during schooling, then in the labor market, and so on” (Ritzer, 2007). In other words, social stratification exacerbates with time.

Social stratification has a few inevitable consequences. By its nature, it makes opportunities and resources available and accessible to some groups of people in society, while restricting the availability of the same for others. Tumin (1967) cites Weber to state that while stratification based on economic differences affects the life chances of people, such as physical and mental health, stratification based on social factors which define the status of people within the society affect lifestyles, or how people live.

What is Social Mobility?

Just as the forms of organizing a society in a hierarchy are not constant, the different positions or levels of the social stratification are also not static. It is possible for people belonging to one level of the stratified social structure to move to another tier. This is called social mobility. The Editors of Encyclopedia Britannica (2020) define social mobility as the “movement of individuals, families, or groups through a system of social hierarchy or stratification”.

Depending on how they occur or the process involved behind them, social mobility is of various types (Editors of Encyclopedia Britannica, 2020). Horizontal mobility occurs when the social position of people changes (mainly due to change in occupations) but the social class remains constant. Vertical mobility takes place when the social class also changes. Movement within the social orderings is either upward (improvement) or downward (degradation). Social mobility might also be intra-generational (occurring within the lifespan of one person) or inter-generational (taking place over different generations).

Mobility across levels of social hierarchy can be individual members of a particular group, or structural. Structural mobility refers to the “movement up or down the social class ladder that is due more to changes in structure of society than to the actions of individuals” (Henslin, 2017). In other words, a large group of people shifts from one social tier to another due to structural mobility.

Under functionalism, social stratification, and inequality in general, are seen as an essential part of human society because of their roles. Davis and Moore (1945) explain the first “functional necessity” of social inequality to allocate specific social positions to the members of society. Different jobs are present in society, and some demand a greater level of expertise and specified skill-set. These types of jobs, therefore, are more important than jobs that can be done without requiring too much specialization of knowledge. Hence, it is only fair for people occupying these positions to have a higher remuneration for their services. These occupations can also demand a higher social level and prestige due to the skills required.

Stratification, therefore, facilitates the induction of people with distinguished knowledge, skills, and intelligence into specific occupational positions. It is thus not only necessary but also unavoidable. However, Melvin M. Tumin (1953) highlighted several shortcomings of the David-Moore hypothesis.

Those who are already advantaged, i.e., the rich or the ‘haves’ of society (Bell, 2013), are provided even better and enriched opportunities. But this provision is made to the further detriment of those in society who already have a lack of resources. Conflict theorists, therefore, are apprehensive of the inequality perpetuated by social stratification. Not only do the rich benefit from such hierarchical organization of society, but the conditions of the poor are also exacerbated and their opportunity to rise along the social ladder is taken away.

Marx’s famous quote–“the ideas of the ruling class in every epoch are the ruling ideas”–presents the explanation for how social stratification benefits the ‘upper’ classes and aggravates the ‘lower’ ones (Marx & Engels, 1998). Because those with more economic or material power control the social structure of human society, their ideologies become the predominant ones. They form these ideas to uphold the existing structure of society, and to benefit their agenda.

The type of education a person can afford, their living styles, eating habits, occupations, fashion, and clothing, etc., all depend upon the tier of stratification that they belong to. As an act of external display of their social standing, people engage in what Thorstein Veblen termed ‘conspicuous consumption’ (Phillips, 2014). To show that they are better off than others, people make purchases of higher quality or higher quantity goods than is practically required.

Social Stratification in the Indian Society:

India has been renowned in the world for its diversity. The country is home to several different cultures, religions, and people from all walks of life. However, this diversity is often met with problems. Stratification is one of the greatest social evils within the people of the country, and it determines almost every aspect of a person’s everyday life. Social stratification in Indian society manifests itself in not one, not two, but a variety of ways.

Mobility from one caste group to another, while not allowed, is often carried out, through a process defined by M. N. Srinivas (1956) as ‘sanskritization’. However, even that has regulatory mechanisms. Although outright caste discrimination has faded in parts of the country that have gradually become urbanized, latent discrimination is still prevalent in urban areas, and in rural ones, it continues to display itself in all its ferocity.

Patriarchy upholds itself through the instrument of sexism. Macro-sexism is easily visible in the daily lives of people, but it is the small, unnoticeable forms of sexism that are easier to overlook. Instances of macro-sexism include the pay gap, restrictions of occupations imposed on women (married and unmarried alike), barring women from positions of social, political, and economic importance, taking women’s bodily autonomy away from them, etc.

Gender socialization begins at the very birth of a child when they have assigned a status of being a socially defined ‘man’ or ‘woman’ according to their sexes (i.e., male or female). Sexism also begins here. As a place that favors males more than females, female feticide and infanticide cases are galore in India. From a very young age, girls are made to play with dolls and kitchen sets, while boys are given action figures, and are restricted from playing with toys designated ‘for girls’ (which usually come in pink). Education opportunities for girls and boys also differ, with more boys receiving formal education than girls (Chandra, 2019). Women are considered a burden by families, who prepare to marry them off as soon as the woman reaches a certain age. After marriage, both education and economic opportunities are hindered for women, as it is an unwritten belief in India that the private spaces of homes are the ‘women’s domain’ while men are to occupy the public spaces. Men are seldom expected to perform the household chores of cooking, cleaning, laundering, etc. Women, regardless of whether they have paid jobs or not, have to single-handedly maintain the houses and sustain the men of the families. Certain ‘masculine’ qualities assigned only to men, such as logic and reasoning, stoicism, etc. are considered greater than ‘feminine’ qualities assigned to women, such as emotions and sensitivity. Women’s participation in positions of importance is often limited by citing these disparities (which, it is said, make women less suitable for these jobs).

Such instances of sexism are extensive throughout India and the world. While positive changes have occurred due to activism and the feminist movement, patriarchy and heteronormativity are far from uprooted from the social reality of people.

Severe discriminatory activities are also meted out to the tribal people who are thought to be inferior in some manner because of their supposed ‘backwardness’ as opposed to ‘modern’ people. Xaxa (2003) describes a few of these practices. Cultural practices such as animism, food habits, dance, and other traditional rituals were (and continue to be) looked down upon as inferior and morally corrupt. The tribal people were also stripped off of their ancestral lands and driven away from their homes and made workers in estates instead. Many people are also forcefully converted from animistic practices to mainstream religions such as Christianity and Hinduism. Tribal fashion – clothing, accessories, lifestyles – are also considered anomalous, and to avoid constant backlash and prejudice against them, tribal people often have to shift to more ‘modern’ forms of fashion.

Even though discrimination against tribes is strictly forbidden by the constitution, tribal people in India continue to face degrading acts on themselves and their cultural heritage. Lands of tribes continue to be illegally taken away from them to facilitate urbanization and industrialization, and they are often denied basic human rights and equal opportunities.

It is of no contention that social stratification is embedded into the social reality of the people of India. However, it is important for us to put the discriminatory practices promoted and normalized by them under scrutiny, and understand stratification for what it really means–an overall unequal society.

Marx, K., & Engels, F. (1998). The german ideology: Including theses on feuerbach and introduction to the critique of political economy. Prometheus Books. 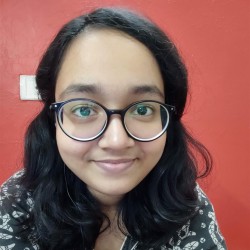