Imperialism is the policy, practice or advocacy of extending the power and dominance of one nation over the other. It can be practiced both by directly acquiring geographical territories or by gaining indirect control over the economy or polity of other areas. This article will discuss the history and motives behind imperialism all over the world. It will also shed light on the types of imperialism that currently exist, with a special focus on advantages and disadvantages of it in contemporary times.

During the 15th and 16th centuries, large European nations such as Spain and England put forth considerable effort in order to assert dominance over other countries and territories. The roots of imperialism are based on this expansion of force and coercion in early history. However, with time, the act of imperialism was established as a social system. This system was no longer looked down upon and was credited as something that most nations would aspire for. The United States of America is one such modern-day imperialist. It has a strong and extensive military budget, and it exerts dominance over most third-world countries. The wars in Korea, Vietnam, Iran and Afghanistan are some examples of America’s imperialist tendencies. The United States of America is also expanding its influence on the Philippines, Puerto Rico and Guam.

There are four different types of imperialism that exist in present-day society:

Three periods in the modern era saw the rise of massive empires, mostly colonial in nature. Between the 15th and mid-18th centuries, England, France, the Netherlands, Portugal, and Spain established empires in the Americas, India, and the East Indies. Following it, there was a period of relative quiet in empire construction as a consequence of a vigorous response against imperialism. The decades between the mid-nineteenth century and World War I (1914–18) were then marked by aggressive imperialistic practices. Russia, Italy, Germany, the United Nations, and Japan were among the entrants to the imperialistic states, and indirect, particularly financial, control became the preferred type of imperialism. For a decade following World War I, the League of Nations’ enormous hopes for a better world placed the challenge of imperialism on hold. Then, in 1931, Japan resumed its empire-building campaign with an attack on China. In the 1930s and 1940s, Japan and the totalitarian states—Italy under the Fascist Party, Nazi Germany, and the Soviet Union—launched a new era of imperialism.

There are several motives behind the act of imperialism. Some of these motives outlined are:

Although colonialism and imperialism are often used synonymously with each other, there are some essential differences between the two that separate them. Some of these differences are:

Advantages and Disadvantages of Imperialism

Other advantages of imperialism are social cohesion, globalization and structured foreign policies and trade.

While imperialism has certainly proved useful in a variety of arenas, it does not come without its drawbacks. 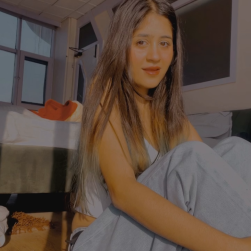 Ishita Bhambri is an undergraduate student of Psychology and Sociology at FLAME University, Pune. A raging feminist and a mental health advocate, she is deeply interested in gender studies and film literature. In her free time, she enjoys reading books and baking desserts.