Feminist Perspective:  One’s worldview is formed by the experiences one has lived. It is apparent but often-overlooked fact that everyday experiences of women are not the same as men. Nevertheless, social theorists, for a very long time, continued to proffer an androcentric view of the world. No wonder why we only heard about the founding fathers of sociology. Feminist perspective highlights the social issues that are often overlooked or misidentified by already present social theories. It analyses women’s experiences of gender subordination and identifies the underlying causes of gender oppression. It closely studies women’s social roles, interests and experiences at both micro and macro level.

Feminist perspective uses conflict theory to examine the reinforcement of gender roles and inequalities. While conflict theory focuses on the unequal distribution of power and resources, feminist theory, at a more nuanced level, looks at power in its relation to gender.

The proponents of feminist perspective argue that the relations between women and men cannot be reduced to differences in biological functions. Gender is much more than biological distinctions. It consists of assumptions and social expectations regarding what it means to be a male or a female. These aspects are sociological as they form a part of the culture and not nature. Therefore, according to feminists, gender is a social construct as social actors actively create it during everyday interactions.

There are diverse feminist theories, each having different perspective but working towards the same aim – offering remedies for gender inequalities. Liberal feminists believe that women’s unequal access to social, political and economic institutions causes their oppression. They believe that gender equality can be brought by ‘transforming the division of labour through the repatterning of key institutions- law, work, family, education, and media’ (Ritzer, 1992).

Radical feminists believe that oppression is rooted in sexuality. According to them, sexism is the oldest form of oppression. They argue that women’s bodies are controlled through violence, objectification and social institutions such as law, medicine, and religion. They propound that eradication of patriarchy and compulsory heterosexuality can eliminate gender oppression. Altering the current sexist discourse of motherhood, childbirth and sexuality can annihilate patriarchy.

Marxists and Socialist feminists consider capitalism to be the main cause of gender inequality. They believe that capitalist system exploits the reproductive labour of women. Capitalism considers paid occupations to be of supreme importance. Therefore, women’s reproductive care work is taken for granted, or worse, neglected. Marxist feminists believe that patriarchy is produced by capitalism whereas socialist feminist believe that patriarchy and capitalism are two separate systems of oppression. They call for ‘global solidarity among women to combat the abuses capitalism works in their lives, the lives of communities and the environment’ (Ritzer, 2011). They propound that gender oppression can be eradicated by reducing the social material inequalities. They call for redistribution of the societal resources through public services such as government-supported education, childcare, health care etc.

Psychoanalytic feminism uses Freudian theories to explain gender inequalities. They argue that early childhood experiences shape women’s psyche and create differences between men and women. They believe that we must work to create an androgynous society.

Sociology’s relationship with feminist theory is relatively recent. It is only in the 1970s that gender became one of the key concepts in sociology. For most of the part, women were invisible in the sociological analyses. Even the founding fathers of sociology, who were interested in studying the changes brought by the industrial revolution, neglected the issues of gender and sexuality. Till the twentieth century, mainstream sociology kept reverberating the conservative misconceptions of the founding fathers of sociology. However, their work did influence sociological thinking about gender relations.

Karl Marx, one of the greatest thinkers of the nineteenth century, has had a great impact on the feminist theory. Ironically, he wrote very little about women in his class analysis. Marx neglected the significance of women’s labour. For instance, he argues that for capitalism to sustain labour must be ‘reproduced’ in two ways. Firstly, the labourer must be fed, clothed, sheltered and remain fit to carry out work. Secondly, the labour class must reproduce itself. Marx neglected that labour class could not be ‘reproduced’ without domestic labour. He assumed the division of labour and difference between women and men natural and therefore, sociologically insignificant (Jackson and Scott, 2002).

Friedrich Engels mentioned women in his work. He questioned the universality of women’s subordination. However, he too, like Marx, assumed that the division of labour between women and men was natural. He assumed that this division had always existed and that the contributions of the women and men to the society in the prehistoric period were equally valued. He further argues that development of private property enabled ‘men to seek control over women’s sexual and reproductive capacity in order to pass their worldly goods onto their own offspring’ (Jackson and Scott, 2002).

Max Weber came up with the concept of patriarchy. He described it as the oldest form of socially legitimated power. Weber explained that patriarchy gave men authority over women, children, servants, slaves and other younger men. He propounded that patriarchy created hierarchical chain of relations. However, Weber too, like Marx and Engels, did not question the division between women and men.

Emile Durkheim was a functionalist and assumed sexual difference to be fundamental to the conjugal bonds. He argued that women and men shared a ‘complementary relationship’ wherein ‘one of the sexes takes care of the affective functions and the other of intellectual functions’ (Jackson and Scott, 2002). In his sociological study of suicide (1897) Durkheim found out that married women are more likely to commit suicide than men. Therefore, Durkheim clearly recognized the social subordination of women but he also assumed the gender differences to be natural and innate. Similarly, George Simmel, like other thinkers, shared the preconception that the differences between female and male were natural.

Read: Understanding our society through Durkheim’s Division of Labour

In the early twentieth century, more critical analyses of sex roles and gender began to emerge. Margaret Mead (1935) challenged the old androcentric view of the world in her anthropological study of three New Guinea societies. These societies exhibited different notions about the temperament of each sex. She sought to establish that ‘feminine and masculine attributes were largely cultural rather than natural’. Her path-breaking research brought the idea of cultural ‘malleability of gender and thus illustrated its disconnection from biological sex (Jackson and Scott, 2011). Around this time, many sociologists like Viola Klein and Mirra Kimarovsky began to challenge the social ordering of sex roles and the inequalities that they generated. Klein argues that feminine traits are sociological rather than biological. At a time when women were primarily assumed to be ‘housewives’, Myrdal and Klein studied ‘the increasing participation of women in post-war labour and the double burden this imposed on them (Jackson and Scott, 2011).

These anthropological and sociological studies paved a way for the later conceptualization of gender. First, they established that the ideas of femininity and masculinity were not innate but culturally arrived. Second, they challenged the notions of complementarity between gender roles. Most importantly, they established how sex roles promoted divisions in the society. Gender came to be understood as a hierarchical relationship between women and men rather than basic differences between them. 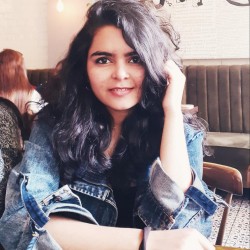 Nancy studies B.A. Sociology (Honors) at Miranda House. She enjoys pitting one theorist against another on her reading table. A lover of books- old and new, her pockets are always full of flowers for reasons she knows not.