Power is a word derived from the Latin word, potere that means, “to be able”. The sociologist Max Weber defined power as the ability to bring about a desired outcome, even when opposed by others. This article discusses the three different sociological theories of power, followed by the importance of power in everyday life. It concludes with a section on the various political, cultural and economic uses of power.

This model is based on the functionalist approach of sociology. Power is said to be held by a number of groups within society that compete with each other for control over resources and influence. This is most commonly found in democratic systems of government because no one group is able to dominate over all others due to a system of checks and balances. The political process of competition for power is supervised by the government and thus functional for society due to three main reasons. Firstly, any hostility and conflict is given a proper channel for expression through the political process. Secondly, it gives a chance to each group to fight for their ideals and achieve their goals. Finally, government supervision ensures that the outcome of the political process is in the interest of the majority of society. But there are also some downfalls of the pluralist model. It assumes that all groups have an equal chance of representation (“Power and Politics”; “Theories of Power” 2016). But this is not the case in many democracies. For example, Hinduism dominates India with almost 80% of the citizens subscribing to it. This gives political parties with a Hindutva agenda such as the Bhartiya Janata Party, an advantage when competing with other minority parties like the Indian Union Muslim League.

The historian Charles Wright Mills proposed this model in 1956 as a representation of non-Marxist theory regarding elites in democratic countries. Mills argued that power was concentrated among a few wealthy shareholders, namely, the government, the military and big businesses. These elites form a ruling class that circulate and co-operate with each other. (“Power and Politics”; “Theories of Power” 2016). The military requires government permission to take action and the government depends on the support of the military to enact major political decisions. For example, when the Government of India revoked the special status under Article 370 of Jammu and Kashmir last year, paramilitary security troops were recruited to enforced curfew and a communication lockdown. Here, the military could be seen serving the needs of only the ruling class comprising of large corporations with defense contracts and the government. Many prominent scholars and activists like Amartya Sen and Arundhati Roy protested against the government’s decision but the voices of the majoritarian public went unheard.

This model of power is based on the conflict perspective of sociology. It argues that political power is concentrated in the hands of the bourgeoisie or those who control economic production within a capitalist society. There are two approaches to the Marxist model. The first is the instrumentalist approach. This approach is useful in determining who rules the society. The second is the structuralist approach. This approach is useful in showing how the ruling class is able to operate within a capitalist economy through the concentration of political, economic and ideological power. Those who control the economic modes of production in a country, end up having control over the religious, political and social aspects of a country too. (“Power and Politics”; “Theories of Power” 2016). In India, transgender persons or ‘hijras’ do not have steady sources of incomes and often resort to roadside performances or begging. This has resulted in their exclusion from society and also their oppression. The Transgender Persons Bill passed in 2019 is a suitable example of this since it does not provide any person with the right to identify their own gender. The lack of economic independence of transgender persons has led to the loss of their socio-political rights.

Types of Power in Everyday Life

The earlier section discussed the major theories related to power. But power can also be observed at the micro-level in day-to-day social interactions among people. Sociologists have studied the presence of various power bases among small groups such as families, friend circles and clubs and larger organizations like schools. The most relevant ones have been explained below:

Reward power refers to one party’s control over valued resources that can act as incentives for another party. Rewards work as a means of positive reinforcement. For example, parents may choose to provide their child with a new bicycle if they do well in school. Such gifts help the elders influence their child’s behavior in a constructive manner.

Legitimate power is enjoyed by those in traditionally superior positions in a particular culture. This leads to a feeling of obligation to perform certain tasks demanded by those belonging to higher ranks. For example, a college student interning at an organization would be required to follow all orders dutifully due to their inferior position.

Coercive power refers to one party’s ability to punish others through the withholding of resources or by inflicting harm. An authority figure is able to control other’s actions through the fear of negative consequences. For example, police officers at riots help maintain order through threats of arrests or violent consequences such as lathi charges.

Expert power is based on the perception that a person is highly qualified in a particular field. For example, a surgeon has expert power in medical matters relating to a patient. It is important to note that expert power is about the perception of knowledge rather than the actual knowledge itself. Hence, someone in an authority position may be perceived as carrying expert power, whether or not they actually possess expertise. For example, sometimes elected representatives in a political system may not be experts on matters regarding their constituencies. But they are still viewed as knowledgeable due to their superior positions. On the other hand, a person with real expertise in an area may not be recognized if they do not have the associated authority position with it.

Referent power is based on feelings of admiration and respect for another person, even if that person does not seek power. For example, a senior in high school may have influence over his juniors since they look up to him as a role model.

Informational power is possessed by those who use facts, evidence or data to argue in a rational manner. Moreover, anyone who has information vital to others can use it to control them. For example, a wife may use evidence of adultery to obtain alimony from a husband during divorce (Croteau & Hoynes 2013).

Power can be used to influence the actions of others. On a micro-scale, parents set household rules that are expected to be followed by children. In more formal institutions like schools and universities, the administration sets rules to be followed by all students and professors. The management in workplaces determines the rules for social interaction among employees. On a macro scale, politicians set rules expected to be followed by entire countries. The legislative, executive and judiciary all make decisions regarding the actions of citizens. For example, judges are responsible for deciding the fate of criminal offenders. On the other hand, members of the Lok Sabha and Rajya Sabha aid in passing or rejecting laws concerning the welfare of Indian citizens. Thus, those in powerful political positions have the capacity to regulate the actions of those without any power (Croteau & Hoynes 2013).

Any individual or group in charge of economic resources such as income has power over the actions and outcomes of other groups. On a small scale, within families, the bread earner of the family wields considerable power over the rest of the members. For example, if the father is the sole individual with an income, he may decide how to use that money for his family by diving money amongst food, clothes, education etc. On a larger scale, business owners can control their employees with incentives regarding their salaries. Thus the employer is not only influencing the lives of individual employees, but also their entire families and communities. On a macro scale, governments have the power to allocate resources to different divisions through their budget. Politicians control the outcomes of different strata of society by deciding the distribution of money among public projects and social welfare schemes (Croteau & Hoynes 2013).

Our social reality is defined by our interactions with different people, media, religions etc. Parents influence the behavior of children from a young age by exposing them to various storybooks, certain types of formal education and a variety of forms of entertainment. Children imbibe the values and worldviews and accept them as their reality. On a larger scale, the media shapes our thoughts by selecting certain news that they think is worthy of covering. In the process, they might marginalize other important stories by failing to give them a voice. For example, the lives of celebrities may be widely covered but the issues faced by indigenous tribal communities might be ignored at their expense.  Noam Chomsky spoke widely about the powerful role that media plays in shaping our societies.

In conclusion, power is all around us and each of us possesses different types. It can be used to make both positive and negative impacts. While studying our society, it is vital to recognize the power held by certain individuals and institutions in shaping our social reality.

Power and Politics. Retrieved from http://www.sociology.org.uk/notes/papt1.pdf 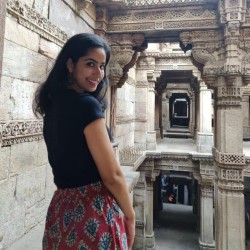