In this article today, we will elaborate on the subfield of Sociology of Development and look at its meaning, examples, and scope.

Since the beginning of humankind, the aim of any civilization has been to move ahead or to move forward. The entire theory of evolution is based on the model of evolving to become a better version. Hence, if sociology is the study of society in its holistic view, it cannot do away with studying social change or evolution, which is nothing else but ‘development’. Since the emergence of Sociology is directly associated with the emergence of the Industrial Revolution, studying the phenomenon of development becomes a prime focus of sociological studies.

What is Sociology of Development?

Sociology of Development is a branch of sociology that aims to study the correlation between socio-cultural circumstances and development. It attempts to form a causal relationship between different components of economic development and societal factors, such as social, cultural, and political spheres. This branch of study tries to understand how these sociological spheres facilitate or inhibit development. The sociology of development, on the other hand, is not an economic study; rather, it focuses on the socio-cultural needs of growth. In a sense, sociology of development addresses topics such as- migration, politics, family, technology, population and demography, economy, and production.

In everyday language, the terms ‘growth,’ ‘development,’ and ‘modernization’ are used as synonyms. But in the discipline of sociology, each terminology holds significance. Therefore, we must distinguish between these terms at this initial moment itself.

Growth is quantitative and physical in nature. It refers to changes in physical attributes such as weight, height, width, etc. It can be observed and measured directly. Growth is a part of development and gets influenced by it. Encyclopedia Britannica defines growth as “an rise in the size or amount of a thing.”

The extension of a country’s productive potential through time is referred to as economic growth. It is the method by which a country’s wealth grows over time. Economic growth is quantitative in nature which can be measured by calculating GDP and/or GNP. This kind of growth can be observed directly by looking at the increasing level of produced goods.

Development is both qualitative and quantitative in nature. It is a complex and continuous process. It is an independent phenomenon not depending on growth. Development doesn’t happen in a spur of the moment, it follows a pattern and a direction. It is universal in nature but not uniform, i.e., each society goes through a pattern of development but those patterns all vary according to time and geography.

Human Development aims that progress will be measured in terms of human life’s richness. It refuses the notion that economic growth alone can lead to development. Instead, human development urges that a society can fully develop when its population benefits from the development. People in a society need better access to education, better nutrition and health services, more secure livelihoods, security from crime and physical violence, enjoyable leisure hours, political and cultural freedoms, and a sense of communal involvement. Human development aims to establish an environment in which people can live long, healthy, and productive lives.

Similar to growth and development, modernization is a transformation process.  Modernization can be defined as a process including the acceptance of modern lifestyles and beliefs. Historically, modernization took place when the agrarian economy shifted to the industrial economy. As a result, there was also a shift in the economy, societal values, beliefs, and standards as well. Therefore, modernization can be seen as an attempt  to the current moment, conditions, styles, and ways in general, particularly those who are custom-bound. It denotes a shift in people’s eating habits, dressing styles, speaking styles, tastes, preferences, thoughts, values, and recreational facilities, among other things. Modernization is a process through which development is taken forward. It is a mechanism to ensure modernization, thus both are codependent but not the same.

Techniques of mass communication get developed with the process of modernization. Modernization is accompanied by the advancement of mass-media techniques. Newspapers, broadcasting, postal services, cinema, road, rail, and air services, electricity, and television are all examples of mass-media tactics. Citizens become educated and well-informed as a result of all of these amenities, and they are better able to serve the state as a result.

What to expect from Sociology of Development

Although the discipline of Sociology of Development is vast and borrows from various disciplines, mentioned below are a few examples of what you can expect to study in this field of study.

The main theories read in the discipline of Sociology of Development are the theories of underdevelopment and dependency theories. Studying the ever-increasing gap between rich and poor countries remains the primary focus.

Patterns and processes of migration contribute largely to different dynamics in development.

Feminist Perspective to look at Development

The feminist perspective is closely linked with developmental studies. They analyze various institutions such as family, workplace, marriage, sex, gender, etc., to see how these two coincide.

The process of development and modernization depends mainly on the political scenario of a state. Vice versa, economic changes also influence the power dynamics of the state. Therefore, within the discipline of Sociology of Development, theories of political sociology are borrowed and discussed time and again.

Studying the market economy is one of the focal points of developmental studies. It is the social actors who ultimately determine different consumption patterns and supply-demand chains. Society at large is made up of these social actors. Thus, it is safe to say that the market is socially determined, and that is why it is studied by scholars of this discipline.

Development cannot be a linear or a homogeneous process. It always comes at a price. Who is getting the benefit, who is in incharge of the development, who does it harm, and many more questions like these are tackled in the course. Therefore, Sociology of Development will also study various components of stratification and inequality.

World-systems theory responds to the criticisms of Dependency Theory developed by Immanuel Wallerstein (1979). It is a multidisciplinary approach to world history and social change which emphasizes the world-system as the primary but not only unit of social analysis, as opposed to nation-states.

The HDI was created to emphasize that people and their capabilities should be the ultimate criteria for assessing the development of a country, not economic growth alone. The Human Development Index (HDI) is a summary measure of average achievement in key dimensions of human development: a long and healthy life, being knowledgeable, and having a decent standard of living.

Urbanization refers to the process of increasing the number of people living in urban areas and how the population adapts to the change. Urbanization increases with industrialization.

Scope of Sociology of Development

After being trained in the discipline of Sociology of Development, the following things are expected: 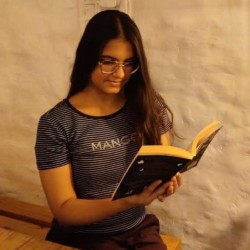