This article will dive into the essence of the ‘Social Contract Theory’ according to three representatives, namely, are Thomas Hobbes, John Locke, and J.J.Rousseau. It is a short insight into the three thinkers which hopefully will get you into learning more about them! Primarily the social contract theory states that people live together in a society in agreement with a contract that establishes moral and political rules of behaviour.

If you google the term ‘society’ it will show that it is derived from the Latin word ‘socius’ which means companionship or friendship. It was Aristotle who had long ago stated that man is a social animal and thus questions raised on how social are human beings and in what sense do we belong to society. One of the main theories between the relationship of man and society is the Social Contract Theory. The Social Contract Theory is intended to understand and showcase the origin of society and how it was formed. The most classical representatives of this school of thought which will be talked about according to existence are Thomas Hobbes, John Locke, and J.J.Rousseau.

Thomas Hobbes(1588-1679) an influential English philosopher who is best known through his book Leviathan (1651) where he explains an powerful construction of the social contract theory where he stated that men were “Selfish, Self-seeking, Cunning, egoistic, brutal and aggressive” so individuals were in a state of freedom however you had to always watch your back as whoever was most powerful would survive and those weak will perish this was known as the state of nature, which gave rise to a particular view on morality and politics. Therefore according to him, society was formed because it was meant to protect men against the consequences of their own nature! Therefore men wanted peace hence they entered a kind of social contract which would ensure security to them. Thus by joint agreement men gave up their natural rights and entered a society. For Hobbes, there was a requirement of an absolute authority, in the arrangement of a Sovereign, which was to avoid the absolute brutality of the State of Nature(Human nature). In accordance with Hobbes, the State of Nature was totally insufferable which made men willing acquiesce themselves even to an absolute authority( Such as present-day  North Korean leader) in order to escape the chaos.

John Locke(1632-1704) In the 17th century came amongst the most famous English political philosopher who believed that in the state of nature man was enjoying the ideal liberty, free from any rules or regulations. He is also commonly known as the Father of Liberalism and an influential enlightenment thinker an example is his ideas on the three natural fundamental rights of Life, Liberty and Property. However according to him, man’s peaceful life was disrupted by an “ill condition” which forces man to live in fear and continuous danger therefore in order to escape the chaos, man formed a contract. A highlight here was that according to Locke man only surrendered certain rights to the whole community so that other rights could be protected and the only right which was given up was the right to punish other people for violating rights. Locke further states that the social contract in future contributed to the establishment of governmental control. In his book The Two Treatises of Government published in 1689, Locke made debated claim that men are by nature free and equal in contradiction of claims that God had made all people to be the subject to a monarch, therefore, Locke’s states that it is the right of citizens to rebel against their king were extremely influential on the democratic uprisings that followed!

Jean Jacques Rousseau (1712-1778) a Genevan philosopher of the 18th century who in his book “The Social Contract”(1762) revived the theory and he states that man in the state of nature lived independently, simply, healthy, free and good however this state of nature does not last long as populations increase and the simple life disappears. Rousseau is most known for stating the contract between the individual and a collective “general will” which was meant at the common good and further reflected in the laws of an ideal state. He further argues that laws are obligatory only when they are reinforced by the general will of the people. ‘man is born free, but he is everywhere in chains’  was a quote made by Rousseau which had confronted the traditional order of society which stand against the monarchs divinely right to rule over everyone and is still remembered and used in the present day. Rousseau brought on important points that helped inspire political reforms all over Europe and according to him a person cannot transfer his/her will to another person instead the general will highly depend on the assembly of all and every person comes to decide collectively, and with at least A near agreement, on how to live together which is similar to a democracy, therefore, his points of the general will as such stand tall in times of misuse of those in authority as Rousseau states the origin of the society is through a collective community and the people are the main sovereign who has the full-right

The theory of social contract has been generally criticised as historically, the theory is seen to be simple fiction. There has been no proof in the whole range of history to demonstrate that the society has ever purposely formed as an outcome of voluntary agreement. Secondly, the supporters of this theory state that early individuals arrived into contracts for individual safety and security however history tells us other things as such as we were communal than individual and the unit of society was not individual but a family. In Hobbes contract, there is only one party however it is common sense that when an agreement or contract is signed it is between two parties. These, however, are just some disagreements as theory always has there important aspects which are considered correct and there are always disagreements according to each individual.

Kick starters to get you interested in Jean Jacques Rousseau, Thomas Hobbes and John Locke:

If you want to learn more about Jean Jacques Rousseau, Thomas Hobbes and John Locke the YouTube channel “The school of Life” is a great area to start as the videos are short but easy to understand with good videography.

For beginners interested in Contractarianism the YouTube channel “Crash course” has a fun but interesting video on it! it is under the name “Contractarianism: Crash Course Philosophy #37” and does not even take much of your time instead gets you more interested in the concept.

After learning the basics and getting into the theorist the references below are a higher reading level nevertheless very interesting and insightful. 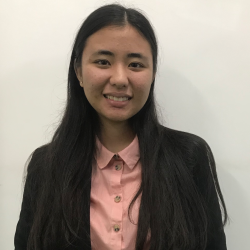