In contemporary Indian sociology, one very prominent name, especially in the area of Dalit and feminist scholarship, is of course that of Sharmila Rege (1964-2013). With a relatively short career, spanning from the early 1990s till her untimely and tragic death in 2013, Rege managed to revolutionise the contemporary understanding of gender and sexuality in the Indian context by locating its political landscape in caste. Writing about her in this instance is in answer to the question ‘Who is your favourite sociologist?’ even though it is often difficult and perhaps, unfair to place one theory or one thinker on a pedestal. There is always something to ponder over in the works of brilliant minds across all disciplines. However, one must give credit where it is due and in this very personal writing exercise, that is exactly what I hope to do. Following are my reasons for why I consider Sharmila Rege to be a great sociologist.

In one of her earliest works, Rege explained the inherent relationship between sociology and gender studies and she was probably one of the first academicians to do so. Rege sought to diminish the divide between gender studies and mainstream sociology, which she believed to be essential for feminist concerns to be recognised.

Using an intriguing analysis of the Panchatantra story of ‘the crocodile and the monkey’, Rege (1997) tried to establish that there was and continues to be a need to overcome the often condescending addressing of women’s issues that is prevalent in Indian sociology. In the above-cited article, she likened the crocodile’s excitement of meeting the monkey (and befriending him only to eat his heart, as the story goes) to the mainstream sociological discipline’s shortcomings in bringing radical feminist pedagogy into the fore, while at the same time, bringing in a tokenised perception of women’s struggles in the gender studies areas.

It was her rationale that to institutionalise the field of women and gender studies, its deep roots need to be planted in the field of sociology as well. She critiqued the existing ‘common sense’ trope that mainstream sociologists used to understand gendered struggles which feminists highlighted to be lived experiences. It highlighted the patriarchal and infantilizing treatment that gender issues were faced with within the academic spaces.

What marks the significance of this contribution is that this was during a time when several university committees and sociology departments across the country were contemplating the inclusion of women’s empirical knowledge into the field without fetishizing their struggles. The anxiety of losing autonomy while maintaining the institutionalization of gender studies into sociological inquiry was felt extensively in universities across Maharashtra. Rege in many ways had tried to foreground a viable alternative, if not a solution to this existing problem.

Anyone familiar with the present discourse in feminism, gender, and anti-caste activism of India at least within academic spheres, will agree that Sharmila Rege’s contribution to that knowledge is of great importance. Rege’s work primarily focused on the interrelatedness of casteism and patriarchy in India.

The point where she offered a fresh insight is actually in the idea that the oppression of Dalit women is a result of ‘masculinization of the Dalit identity’ on one hand and the ‘Savarnization’ or ‘Brahminization’ of womanhood on the other. (“Sharmila Rege: Feminist, Sociologist, Welder | #IndianWomenInHistory”, 2017) According to Rege, Dalit women were at the receiving end of two-fold oppression and marginalisation as they ran the risk of having their womanhood erased if they partook in anti-caste deliberations or that they would have to give up their Dalit identity to be a part of the mainstream feminism and the women’s movement.

This notion is what marks the ever-prevalent experience of Dalit women and the non-heteronormative or non-conventional male-female gender identities present in India, even today. The beauty of Rege’s work lies in the fact that she had managed to keep the politicalness of sociology and feminism in academia alive even in the face of backlash from ‘savarna’ or upper-caste academics.

Her monumental contribution to the field of Dalit and gender studies was in the form of her 2006 book titled ‘Writing Caste Writing Gender: Narrating Dalit Women’s Testimonios’, which is a compilation of writings on gender and caste by Dalit writers and highlights the politics of having ‘theoretical Brahmins’ and ‘empirical Shudras’ within social science episteme.

The work that Sharmila Rege will be remembered for the most is her interrogation into the perception and depiction of popular culture, especially through her analysis of two Marathi folk cultures of the ‘powda’ and the ‘lavani’ in her special contribution to the Economic and Political Weekly.

Rege was known to focus on the need to integrate oral traditions into a theoretical understanding of sociology, which in many ways was a democratising ambition. According to her, both the artforms, which were integral to Marathi culture, often invoked a moral dichotomy of eroticism and patriotism. The ‘lavani’ is a folk-dance style in Maharashtra that in essence, is a cultural keepsake of lower-caste Marathi women, whereas the ‘powda’, which mainly consists of songs sung to honour the valour and courage of warriors and kings, is usually performed by men.

In the same article (Rege, 2002), upon tracing the cultural and socio-historical development of both practices, she explained how the lavani often gets a connotation of being sensual and provocative, therefore being degraded, while on the other hand the powda performed by men, had a higher standing due to its ‘political’ relevance. Inevitably, this kind of narrative stemmed from deeply patriarchal and casteist sentiments and as Rege has often pointed out, there exists a power-dynamics in the perception of popular culture that seeks to override the existence of caste-specific cultural practices.

Even in her passing, many of her colleagues and admirers fondly remember Rege as being not only academically brilliant in pursuit of her career but also being deeply passionate about social justice by taking part in protests and political movements. In an obituary written shortly after her death, Professor D N Dhanagare (2013) expressed his gratitude to Rege, who was his student in Pune, on behalf of several academicians in the field for leaving behind a legacy of bringing in a radical transformation in teaching practices and a lifelong commitment to “intellectual integrity”.

She has in many ways, further immortalised the Ambedkar-Phule model of education and social change. In her last piece of academic work, an edited book called ‘Against the Madness of Manu’ (Ambedkar & Rege, 2013) she had compiled some key literary works by Dr. B. R Ambedkar, which traced the dualistic social problem of casteism and patriarchy. While the book makes for a very stimulating read, it is currently considered essential when it comes to scholarship in social sciences and gender studies in India.

Sharmila Rege embodied a very wholistic and rounded perception of what is required in academics, most of which had very Eurocentric origins, to contextualise existing knowledge into contemporary times while striving for bringing in a dynamic system of pedagogy. She is someone, I believe, that anyone who aspires to have a life devoted to transformative teaching practices especially in the field of social sciences and using one’s societal privilege for a noble cause, must know and take inspiration from. 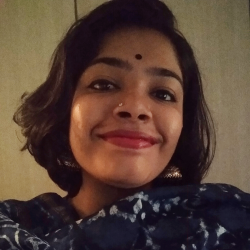