The preface of the World Health Organization (WHO) defines the term Health broadly as “a state of complete physical, mental and social well-being and not merely the absence of disease or infirmity” and the Constitution of India defines the right to health as “the enjoyment of the highest attainable standard of health,”

According to the World Health Organization, health is one of the major 2030 Agendas for Sustainable Development and they quote that, “The right to health for all people means that everyone should have access to the health services they need, when and where they need them, without suffering financial hardship”, which means that no one should die suffering from a disease just because they are poor and aren’t able to pay for their medical expenses. Side-lined communities, such as migrants, diasporic persons, displaced people, racial and ethnic minorities, women and children, sexual minorities, and those living with HIV, are some groups that are extremely vulnerable to violations of human rights in healthcare settings. The Right to Health must also provide rights to healthcare workers as they are subjected to violations of these rights like the right to quality standards of working conditions, the right to associate freely, and the right to refuse to perform a procedure based on their morals.

Right to Health in this context means the most reasonable form of health/ health care that every human being in this country is entitled to receive. Health is the most basic fundamental Right under the pretext of the International Human Rights Law. It is rather an obligation on the states to ensure, protect and promote that health of its citizens and it is regarded as the duty of the state to do so.

The idea of Right to Health dates back to the 1940s when the World Health Organisation came into existence and formulated rules and regulations in terms of health to respect the rights of a person. This movement urged many states to show excessive interest in the health care needs of their citizens. The movement has helped many industrial workers gain protection from their dangerous and insanitary work conditions which even prone them to death at times. Thus, gradually industrialists understood the need for health and the demand for health care started growing drastically.

Health Department sources say that once the Bill is passed in the Assembly and it becomes an act, the State Government will have to put in the place adequate finance and institutional arrangements for the same.

The Bill also specifies various legislative consequences on the failure of the Government to enact the act. The proposed act will benefit nearly 1.8 crore people across the country.

A high-level panel on reforms in the health sector has come up with radical suggestions like:

The world is facing an alarming situation right now and there is no better time to debate about the quality of health care which is provided in India and as well as the so-called developed countries. Investments made in health are now seen as the best asset that a country holds. Health statuses of nations & the credibility of international health associations are the pressing topic to debate on, and there are various questions which are left unanswered but are they are essential in bringing up workable solutions to this global crisis that we are facing today. With new technological improvements by the day, the fee for healthcare is rising but investments made in health are not intensifying. India invests much lower than even other developing countries as much as only 1.1% of its GDP on health. Public health services have been neglected for quite some time in India, and the result of this vacuum crated has been gradually filled by the ‘quacks’ in the villages and corporate medical care hospitals in the municipal areas. National Health Policy (2002) expressed the intent of the government to correct these deviations and some efforts have been made by Government of India to reverse this trend; however, there prevails uncertainty about the prolongation of NHM.

Thus, the crisis that we are facing now has reminded every human on planet earth that Health is one of the most crucial and central components of human life which holds together humanity. Its high time now and hard political picks should be made as soon as possible to save lives. A concentrated effort by academic circles and civil society should be combined together and establish new engagements with union and state governments. A full public health law integrating the right to health should be passed by the Parliament. Along with the right to education, livelihood, food security, and right to information, the right to health must be added and should be entitled to an Indian citizen. 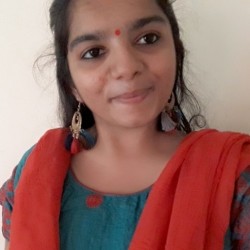