Summary of the Text

According to Durkheim, the division of labour plays a vital role in societies. Apart from the economic or industrial exchange of labour for wages, individuals also undergo a social exchange of services by engaging in relationships (such as friendship or marriage). Each individual possesses and lacks certain qualities and skills. They attract those who desire those qualities and are attracted to those who have the qualities that they lack. For example, men and women seek out one another because of their differences, caused by sexual division of labour. In this way, individuals complement one another by taking up and fulfilling roles in each other’s lives. Durkheim calls this phenomenon of social solidarity.

Durkheim identifies two types of social solidarity – Mechanical and organic. Since social solidarity is a wholly moral concept, Durkheim proposes that it should be studied through the measurable, observable and visible symbol of law. He describes law as the representation of organised social relationships in their most precise and stable form.

The first type of law is repressive law. This consists of imposing some disadvantage on the perpetrator of a crime. Such sanctions aim to prevent others from committing similar crimes, in fear of social ostracization. The second type of law is restitutory law, which re-establishes the state of affairs as they were before any disturbance. There is no demand for the deprivation or punishment of the perpetrator. Repressive law is used for expiation, to protect the sentiments of the collective, whereas restitutory law is used to defend and maintain society. In the present day, penal laws are repressive in nature. Civil, commercial, procedural and administrative laws are restitutory in nature.

Restitutory law corresponds to organic solidarity. This type of solidarity arises in more complex societies which have a higher degree of division of labour. The individuality of a person is higher and exists apart from the collective consciousness. As the division of labour increases, the individual specialisation also increases. This creates a society in which individuals are more intimately dependent on other individuals in the society.

The law in this society cannot be based on the collective consciousness as it only exists in a weak state. Therefore, restitutory law is represented by a specialised body of courts, run by professionals who are qualified to perform this role. The law is not purely in accordance with social morality.

Although restitutory laws are not based on collective consciousness, they are still concerned with the functioning of society as a whole. Durkheim explains this relationship with the example of the contract law. If two parties enter into a contract under the law, they are not the only ones that are involved. Neither of them can draw up or dissolve the contract at will. This implies that there is a binding force on the parties through the contract. This binding force is that of the society which upholds the social value of the contract and the obligation to abide by it. Without such a force, the contract would merely be a moral agreement. Therefore, the individual is dependent on the role of society to fulfil their personal roles as well.

Durkheim called these two kinds of solidarity as positive solidarities because they bring about integration within a society. In this framework, the two types are distinguished based on the method by which they promote such integration. Mechanical solidarity links the individuals and society based on the absence of any differences, and therefore the absence of any conflict. Organic solidarity links the individuals together because of their dependency on each other’s specialisations which arise from their differences.

This division of mechanical and organic solidarity is only analogical. All societies have a combination of both. Individuals also possess both an individual consciousness which characterises them, and a collective consciousness which they share with the society.

According to Durkheim, the interwoven nature of individual and collective consciousness gives rise to a solidarity sui generis. This connects the individual and society directly.

2.Causes of the Division of Labour

Durkheim noted that as society progresses from primitive to modern, its parts become more organised and less segmentary. Although the collective consciousness has not completely vanished from society, it is no longer isomorphic with the individual consciousness. In this scenario, the social patterns are much more diverse, and the number of social relationships increases. This is the result of increased mutual relationships and a broader focus of action. Thus, individuals tend to take up personal roles in each other’s lives. Therefore, Durkheim says that the division of labour is directly proportional to the moral density of a population. However, individuals can only interact and participate in fruitful relationships if they are able to reach out to one another easily. Thus, physical density facilitates moral density. They influence one another. The increase in density is caused by an increase in spatial concentration of people, development of towns and increase in the number of channels and efficiency of communication within a society.

3.Abnormal Phenomena of the Division of Labour

The regulatory process of society stems from solidarity which emerges from the division of labour. It lays out definite roles for each individual that relate to the conditions of the society. These conditions may change over time, but they become habits which eventually transform into rules of conduct. Without sufficient regulation of the different organs, there will not be a coordination in their social roles. Therefore, anomie is caused by a lack of regulation of the degree of division of labour.

However, excessive regulation and constraint may also create a problem. Sometimes, labour is divided unevenly based on social hierarches or heredity instead of personal abilities and qualifications. This phenomena may be observed in caste regimes wherein labour is assigned to an individual despite individual disagreement. For example, manual scavenging is considered an occupation suited for people belonging to a lower caste. This is called the forced division of labour. This type of regulation hinders the natural development of social solidarity. In order for a society to be equal, individuals must find their own place in it by navigating the social life. They will only be able to satisfactorily fulfil their roles if it corresponds to their individuality. Therefore, solidarity is maintained when regulation is to the extent that it can maintain the natural state of affairs, not alter it.

Durkheim states that the division of labour in society is not confined to the economic sphere. Individual specialisation moves beyond occupational specialisation. There is a moral factor attached to individual contribution in society, such as in the case of friendships. This individuality is important in maintaining social relationships and in creating a functional social life.

Durkheim proceeds by answering the question of how an individual can remain integrated within society while simultaneously becoming more autonomous. He states that the increase of individuality in industrial societies will not disturb social cohesion. Mechanical solidarity will evolve and merge with the division of labour to create organic solidarity. The prominence of the collective consciousness of the society will recede but the solidarity among members of the society will continue to exist in a different form.

Durkheim further points out that the main factors which affect social solidarity are physical and moral density which are further dependent on special concentration of people, the development of towns in place of segmentary societies, and the improvement of communication channels among members of society.

Durkheim’s body of work provides great insight into the functioning of society, how it is maintained, and its form. He made the concept of division of labour more apparent in society. Previously, although it was an integral force shaping social life, it existed without being recognised.

Durkheim’s illustration of the collective conscience has been beneficial in numerous fields such as sociology, economics, psychology and politics. The explanation of solidarity in society addresses the importance of individualism and personal thought in modern societies without disregarding the functionality of pre-modern patterns of social thought.

I found Durkheim’s linkage between law and solidarity quite interesting. Using law as a framework to explain social organisation gave the abstract concept of consciousness a more critical format. He draws a clear connection between the theory of law and the natural evolution of morality in society. I also appreciated that he explained the negative effects of the division of labour, in case of any abnormality in the society.

Durkheim’s work has been criticised for oversimplifying complex social relations (Rueschemeyer, 1982). I agree with this to some extent. This oversimplification possibly led to certain gaps in the text which made it difficult to interlink the concepts without any prior explanation or context. Many topics are introduced and left as loose ends until the end of the section, or the text.

Durkheim’s has also been criticised of promoting the idea that an individual is an incomplete being. However, Durkheim has addressed this criticism, saying that a person is an autonomous individual the moment that they possess something that is unique to them. Their individuality is the reason for their ability to engage actively in providing and receiving in the society (p. 35).

Nonetheless, Durkheim’s contribution to sociological theory is admirable. His work continues to be relevant in the 21st century and may be used to study any type of society at any period of time. The strength of Durkheim’s theories lies precisely in its illumination and deconstruction of those elements of society that have the greatest bearing on and realise themselves through the individual (Carls, n.d.). 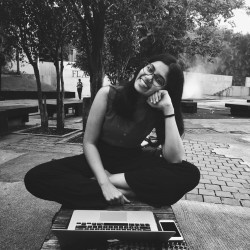 Sanjana Sundar is a student of FLAME University, majoring in Sociology and minoring in Public Policy. Her interests include feminist theory, studying the dynamic between social institutions, and anthropological research.