The Coexistence of Psychology and Sociology

An individual’s identity is determined by how they identify themselves and their social identity. Identity is a crucial aspect of an individual’s life as it creates a sense of being aware of oneself as well as establishing belongingness and status in society. The two common factors influencing identity are psychological factors and social factors. Sociology and Psychology determine the existence of humanity. While psychology caters to an individual’s mind and how they express themselves through personality and behaviour, sociology looks at the communities the individual is part of and the influence of the communal identity on the individual. Psychology and sociology may be different fields, wherein psychology focuses on studying humans as individuals, while sociology examines humans as collective members of their culture and society. While the two fields focus on different notions of understanding human behaviour, there are overlaps within the two fields in areas such as social psychology which looks at behaviour individual in culture and society. To develop a further understanding and distinction between the two areas of study, it is crucial to create a basic knowledge of the fields by looking at objectives and core elements. The following article aims to develop an understanding of a basic overview of the two areas Psychology and Sociology and examine similarities and differences, which helps understand the coexistence and codependence of the two fields in the field of social sciences.

The term “psychology” is derived from Greek roots which are psyche, the soul and logia, the study of or the branch of a concept. Psychology, by definition, is the scientific study of mind and behaviour. Psychology was built based on four primary goals which are:

Psychology is divided into subfields in order to classify and study behaviour associated with the broad classifications such as personality psychology, clinical psychology, social psychology developmental psychology and several others. Each of the sub-classifications for theory and research which makes understanding and application of the findings of the research and theories more organised. Studying psychology helps individuals in various areas, such as counselling and developing programs. Psychology also creates an understanding of the mind where the conscious and unconscious help gage knowledge of common factors such as memory, instincts and appropriate behaviour.

Sociology is defined as a discipline dealing with the interpretation and explanation of social action. It deals with human interaction and understanding factors determining these. Sociology aims to understand the creation and maintenance of organisations influencing social structures. The field looks at society as a space created for the human need for belonging, and aspects in the society such as social stratification, social movements and social change.

Sociology aims to look at societal organisations and institutions that influence human behaviour. Sociology began as a study after the french Philosopher Aguste Comte, who wanted the creation of a systematic science to study society. The society which is mentioned has several aspects to it, such as politics, economy. Society is the collective set of people that share a similar culture and physical location. Sociology views physical commodities and anything that is not created by the individual are products of society. This is the link between sociology and economics, where the economy is dependent on societal consumption while society is dependant on the economy to buy commodities. Sociology also looks at an individual and exposure to environments, individuals and objects that influence an individual’s social identity. Social identity is the individual’s knowledge about themselves in respect to the ingroups they belong to in society such as class, caste, and ethnicity. The need for a social identity is driven by the need to belong in a group for safety, self-esteem, socialisation. Formation of groups creates a comparison which boosts and influences the self-esteem of an individual when their group is superior. This is also the reason for the development of prejudices which are created by string negative attitudes towards another group.

Outlining Similarities between Psychology and Sociology

While sociology and psychology are different areas of study, they have overlapping features that create similarities between the two. When looking at sociology and psychology, a key feature common to them is studying patterns of recurring behaviour characteristics. The study of patterns promotes better understanding and fixed criteria. Sociology acknowledges the individual’s choices and behaviour as a role in society which is determined by the individual’s ability to make decisions which are influenced by psychology. The society of the individual influences the individual choices as the psychological theory states that individuals have the instinct to belong. In order to study these similarities, the field of social psychology looks at an individual and influence of the society on the individual. Social psychology is the scientific study of how people’s thoughts, feelings, beliefs, intentions and goals are constructed within a social context by the actual or imagined interactions with others. Social psychology looks at attributes such as prejudice, attitudes, aggression, which are psychological concepts that play a role in determining the grouping and social acceptance of an individual.

Outlining Differences between Psychology and Sociology

The field of social sciences is crucial in understanding human interaction and factors that influence it. Looking at psychology and sociology as individual fields, the most prominent difference is the contrast between the study on individuals in society and the study of societies as a concept. Psychology focuses on an individual’s behaviour which is influenced by both internal as well as external factors (nature and nurture). Sociology, on the other hand, looks at collectives such as cultures and social circles and studies individuals as a part of the collective rather than as individuals. While this prompts the need for separate fields as a result of the prominent differences, the fields also have similarities. While the subjects of study vary, both fields aim to understand patterns of behaviour. The overlapping concept of the fields can be observed in social psychology which looks at influences of society on an individual. This calls for the understanding of sociological concepts of culture, class, groups while also looking at understanding at individual behaviours in the social context. While the differences between the two fields are prominent, the fields exist in co-dependency of each other. While it may be noted that they are different fields, the need for understanding human behaviour in order to define culture and society are important aspects of consideration in sociology. Similarly, the need for understanding external influences on behaviour such as culture, family and society for understanding individual behaviour are essential aspects of understanding psychology. It can be stated that both fields study human behaviour but from different aspects. Despite differences being more defined between the two areas of study, the overlapping similarities create co-dependency between the fields of psychology and sociology. 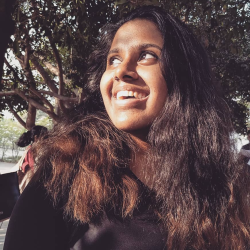