Abstract: Media makes people aware of events, persons, or possibilities beyond their direct experience. It helps the masses to understand the world beyond their own direct experiences, helps them to shape their opinion of the environment into the second-hand reality which characterizes much of the known world. Media can bring attitudinal changes in their views about events after the exposure to news reports regarding the discrepancy between private attitude and behavior by forcing the public morality on people (Lazarfeld and Merton, 1948). Though the relationship between media and society is mutual.  The audience receives what mass media offer and depict the human relationships in their package, their life, and social set up to give the respondents direct experience. Yet the production and distribution of media content is carried out by organizations or groups associated with the communication channels. It is difficult to see how society can operate without the presence of media.  The present article focuses on the relationship of media and society, its effects, and its functions in society.

Overview of effects of media and Society:

The contribution of media to society can be seen in the transition of traditional societies and developing nations to a modern form (L.W. Doob). Media is essential for a society to prepare, instigate and bind the development of modern society (Lerner and Schramm). studies show a positive association between the magnitude of media development in a country and indices of urbanization, industrialization, per capita income, and literacy. It is a fact that the interlocking and mutual interactive relationship, between media and society and depends on the support and mobility assured to media at both social and geographical levels. According to Lerner, the media relates the multitudes to the infinite vicarious universe and consequently, functions as a ‘mobility multiplier’. increased urbanization and literacy, has led to increased exposure to media which in turn has given rise to wider economic opportunity and development and wider participation in the political process. media helps in disseminating new objects and ideas, which engage and activate the human capacities and stimulate the development process in a society. In a rapidly moving world, it is important to keep our democratic society viable and strong which can be assured by strong media mobility. This would ensure to be aware of issues and problems in society and would develop understanding about diffent factions of society (Agee 1969). Hence Media has three traditional functions in a society, as ‘watchman’, as an aid to social decision making and as a ‘teacher’ (Schramm 1964).

Another aspect of Media is its Effects on its audience. explained the effects of mass media on the audience, It can foster a sense of prestige and importance among the members of a group singled out by media (Wagles, Berelson, and Bradshaw (1940) Apart from bringing positive changes, media is often being charged as stimulating adverse effects such as reinforcing low cultural interest, precluding the development of a proper appreciation and an understanding of high culture, and failing to act as an educator of public taste. E. Dale (1933)  while studying effects of films suggested that people might acquire wrong notion of criminality roughly from one out of every four films among the large numbers examined, which permitted the criminal to ‘get away with it’. A similar study was undertaken by R. Arnheim while analyzing the radio serial dramas, and averred that listeners could get wrong or harmful impressions of what life was all about. Supposing that if the listeners identify themselves with the characters that instigate conflicts or create problems for others in the episodes, they will think that people are imperfect and sinners; and identification with the characters who face trouble will lead to the idea that decency and virtue do not bring them just rewards.

Paul Hartmann and Charles Husband (1971) studied the effects of mass media on racial conflicts indicated that the way the race-related material is handled by the mass media serves both to perpetuate negative perceptions of the blacks to define the situation as one of the inter-group conflict. They also found that in communities with a conflict (e.g. competition for housing) the media will reinforce the thinking of blacks versus whites about the situation, and the existing social strains will be amplified. So in communities with diverse ethnic groups, where there is no objective basis for conflict, a conflict may be created, because people come to think in terms of conflict after exposed to certain messages on media.

Denis Mcquil (1976) explains beautifully the relationship between Media and Society and the effects of media on society in figure 1. For him, societies have always been shaped more by the nature of the media by which men communicate than by the content of the communication. It is impossible to understand social and cultural changes without knowledge of the working of media. McLuhan asserts that the medium is the message, and looks around to see what’s happening. McLuhan says that Media, by altering the environment, evoke in us unique ratios of sense perceptions. The extension of any one sense alters the way we think and act the way we perceive the world. Media have a mediating role between objective social reality and personal experience. The mass media are intermediate and mediating in several senses. It is a kind of link between real life and what we fantasize about other lives. This is done when mass media makes messages, entertains us with programs. In other words, they often lie between us (as receivers) and that part of potential experience, which is outside our direct perception or contact. They may stand between ourselves and other institutions with which we have dealings – law, industry, the state, etc. They may provide a link between these different institutions; the media are also channels for others to contact us, or for us to contact them; they often provide the material for us to form perceptions of other groups, organizations and events.

There are different media through which mediation can take place with varying degree and kind of activity, purposefulness, interactivity, and effectiveness. Mediation can mean many things ranging from direct relationship of one to another. It is not restricted in one direction. The variations can be captured by the following common images, which express different aspects of daily life in which the media correct us to form reality. It is a window of experience, which extends our vision, enables us to see what’s going on for ourselves, without interference or bias. It helps us to interpret, a platform or carrier for information and opinion.  Media is a mirror, which reflects back an image of society to itself – usually with some distortion by accentuating what people want to see of their own society or sometimes what they want to punish or suppress – a screen or barrier which conceals truth in the service of propagandist purpose or escapism. (Anand 1994)

Functions of Media in our Everyday Life

The media play a wide range of roles in our lives. Some of these roles are constructive and some are destructive. Media work as Information Provider and Interpreter. The media provide people with important information about their environment (e.g. political, cultural, social issues) and respond to more imminent problems (weather, traffic, natural catastrophes, etc.). At least in part, people make decisions about whether to dress for warm or cold, choose political leaders to vote for in elections, and judge other groups in society based on the media.

The media interpret events beyond our physical realm and help us make sense of them. With the improvement of technologies and the advancement of new media such as the internet, media plays an increasingly more prominent role in our daily communication and entertainment.

Recognizing the diversity within media professionals is a first step in critically analyzing how best to use the media to support conflict prevention and peace building. For example, the Otpor Movement, developed in 1998 by Serbian students, responded to new restrictions on academic and media freedom with a highly unconventional movement called Otpor (‘resistance’ in Serbian). Otpor developed their own grassroots media campaign to provide information and inspiration to all who resisted the Milosevic government.123

Harold Lasswell (1949),  a political scientist, who has done pioneering research in mass communication, has noted three major functions of the media.

A. Surveillance of environment: This means collection and distribution of information concerning events in the environment, both outside and within a particular society. To some extent, it corresponds to what is popularly conceived as the ‘handling of news’.

B. Correlation of part of society in responding to the environment: Correlation here includes interpretation of information about the environment and prescription for conduct in reaction to these events. In past, this activity has been popularly defined as ‘editorial propaganda’.

As industrialization brought mass production and mass distribution, the media became more than ever linked to the economy and its operations. Through advertisement, the media play an important role in bringing together the buyers and the sellers of goods and services. By doing so, they contribute to a high level of consumption, help allocate the nation’s sources and services, stimulate product variety and help make possible prices that are favorable to consumers. Of lately another category, entertainment is added to the above three, because it has its own importance not less than the above three. Entertainment has evolved into an important industry employing more people than any other sector. Entertainment refers to communicative acts, primarily intended for amusement, irrespective of any instructional effects they may have. Providing entertainment is one of the principal functions of all the media. Commercial broadcasting, films, magazines, books, radio, and even newspapers are having more and more news as entertainment is one form or another. A comprehensive depiction of the functions of mass media is done in figure 2. The role media is widely accepted for the proliferation of a healthy democratic Society (Peterson, Jenson, and Rivers (1966) . Freedom of media guarantees freedom in a democratic society which in turn, is obliged to perform certain essential functions for society. John S. Mill has emphasized the instrumentality of mass media in protecting civil liberties. The purpose of the media is to help discover the truth, to assist in the successful working of the society by presenting all evidence and opinion equally necessary to safeguard the civil liberties of the people. 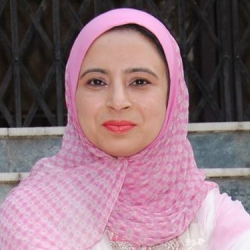 I am a Freelance Academic Writer. I have PhD in journalism from Jamia Millia Islamia. I have worked with many media organisations for over 15 years.