MAX WEBER: THE THEORY OF SOCIAL AND ECONOMIC ORGANISATION The fundamental concepts of sociology: A concept can be different from reality. It can formulate with what exactly is empirical sociology.

DEFINITIONS OF SOCIOLOGY AND SOCIAL ACTION

Sociology is defined as a science which gives us the interpretive understanding of social action in order to arrive at a causal explanation of its course and effects. By action, we mean all human behaviour which is different for different human beings and is subjective. Action can be both overt and covert that is both inward and outward. In this way, the action is considered as social because it includes acting individuals, which have subjective behaviour (different individuals, different behaviour).

There can be two kinds of ‘meanings’ such as one refers to actual or the real existing meaning and the other refers to the theoretical pure type, where different actors have subjective meaning attached to it. There is no right or wrong meaning both kinds of meaning are correct. This kind of explanation helps us to distinguish the discipline of sociology and history from each other. There is a very thin line between the meaningful action which has a subjective understanding and reactive behaviour. To understand the meaning of an individual action one can imagine the other actor’s feelings and can sympathetically participate in others experience. The interpretive understanding of meaning can be both rational that is more logical and mathematical and on the other hand, it can be emotionally emphatic. There are values or ends in human action which cannot be understood completely but we can understand them intellectually. The more we try to understand the meaning emotionally there emerges certain reactions such as that of anxiety, anger, ambition, envy, jealousy, love, pride etc. These reactions are called irrational, which grow out of them. The construction of a purely rational course of action is also called ideal type which has clarity and has no ambiguities. The method of sociology is considered ‘rationalistic’.

In the sciences of human action, there must be an account of processes and phenomena which are lacking subjective meaning, for instance, machine it can be understood in terms of production. There is another category of facts which lack meaning such as fatigue, habituation, memory, euphoric conditions and other modes.

Understanding has an interpretive meaning and has different contexts such as

There are certain things kept in mind in the interpretation of the understanding of action. Firstly, Conscious motive plays an important role but sometimes the actor though being conscious may not know the exact motive and intention of the behaviour. Secondly, there are situations which may seem similar to the observer but in reality which is not that similar. Thirdly, the actors in a given situation can be subject to conflict, which can be seen by the observer. There should be verification of the subjective interpretation by comparison. This is a fundamental task of comparative sociology.

A motive can have a complex structure of subjective meaning which for the actor as well as for the observer becomes the conduct in question. The term ‘adequacy on the level of meaning’ is applied to the subjective interpretation to arrive at a ‘typical’ complex of meaning.

There are processes and uniformities which might not be understandable but they are important in sociological phenomena. They are considered as a different method which becomes conditions, stimuli etc.

Action can be understood as the subjectively different orientation of behaviour. An individual has certain cognitive levels oh thought process. In the case of the discipline of sociology and history, both can be exemplified as a complex set of action. The subjective interpretation of action has two important relations with the concepts attached firstly it is important to attach collective concepts with the same terminology, for instance, the word ‘state’, it can be used as a literal meaning which signifies the legal concept of state. Secondly, the subjective interpretation of action must take into account fundamentally important fact that when a concept has both legal understandings, the individuals also gather some prerequisite knowledge about the concept. Thirdly, there is a method in sociology that is called the organic method, where the actors try to understand social interaction by a withdrawal of the “whole” and acts accordingly. In the sociological analysis, two things can be said that is

1) the conventional frame of reference is convenient for the practical illustration.

2) the conventional frame of reference can only be the way of determining social action.

Subjective understanding is known as the specific characteristic of sociological knowledge. There are stages of progression in every field, human beings also go through stages of development. According to sociologist early stages of development are more necessary than the later stages. This is known as traditional action. On the other hand, emphasizing the sociological significance of the functional point of view for preliminary problems is regarded as the universalistic method. One should also be aware of the individual action such as one should be aware of the roles of a king, a magician, a lawyer, an official etc. This method is known as an individualistic method.

It has become mandatory to designate sociological generalizations to scientific law. These generalisations can be understood and have a definite degree. The term psychology can be understood in a variety of terms.  It employs a distinction between psychic phenomena and physical phenomena. It is a discipline which understands and is concerned with human actions. Sociology has no close relationship with the discipline of psychology. The rational action of actor results in a proposed action, cannot be understood by psychology but the laws of sociology can be built up.

It has already been assumed that sociology seeks generalised uniformities through empirical research. It is different from history which involves causal analysis, explanations of individual actions, structures, personalities which are of cultural significance. On the other hand there is a great precision of concepts in sociology. This precision is because of great adequacy of the concepts. The theoretical concepts of sociology are considered as ideal types from both objective and subjective point of view. The ideal type of action would be where the meaning is conscious and explicit.

THE CONCEPT OF SOCIAL ACTION

Social action refers to failure or acceptance of the past, present and the future behaviour of others. Social action can be motivated by revenge for past attacks, defence against the present, or measures of defence against future. Money is regarded as a form of exchange and can also give a platform for social action in the exchange process.

Not every type of contact in human interaction is social in nature, for example a mere collision of two cyclists can be considered as a natural event but on the other hand if the two cyclists started hitting each other, or blow comments or it might get into a healthy friendship than it will be considered as social action.

There are some actions which are influenced by a crowd, for example when the rain starts pouring everybody puts up their umbrella, this action is influenced by crowd and membership. This action cannot be termed as social because this was a mere influence of the crowd.

In traditional behaviour, there is a great bulk of reactive behaviour and has a automatic reaction to the stimuli. In purely affectual behaviour is considered as meaningfully oriented, which can sometimes have uncontrolled reactions to exceptional stimulus. The orientation of action in terms of absolute value is different from affectual orientation. Examples of affectual action can be revenge, sensual gratification. Examples of pure rational orientation is the action of persons that are put into practice by duty, honour, religious call etc. In the orientation towards absolute value there is always ‘commands’ and ‘demands’ involved. Action is rationally oriented towards the discrete ends when the means, the ends and the secondary results are rationally weighed. It involves rational consideration of alternative means and ends.

THE CONCEPT OF SOCIAL RELATIONSHIP

MODES OF ORIENTATION OF SOCIAL ACTION

There are typical modes of action which are repeated over a period of time and have the appropriate subjective meaning and have an influence on human destiny. ‘Usage’ is important in the social orientation of action. Usage will be called ‘custom’ when the actual performance rests on familiarity. Usage also includes fashion or mode when there is the novelty of behaviour. Custom refers to rules which do not have an external sanction. There are similarities, uniformities and continuities in the attitudes towards action. The process of rationalization of action involves unthinking of ancient customs and deliberate adaptation of situations to self-interest. The stability of action rests on the mere fact that if a person is not able to adapt with the majority of the people but somehow he/she has to conform with it, also the person might end up involving himself with the risk of damaging his own self interests.

Weber used Ideal Types extensively in his works like Economic and Social Organisation, The city and Sociology of Religion.

Ideal Types developed by Weber are grouped into many categories- 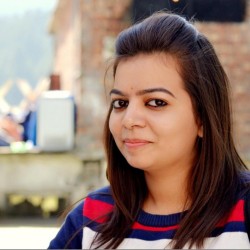