Marxist perspective on Education: Education is a universal phenomenon. It can exist within distinct, formal organizations like schools and colleges, but an also simultaneously exist in other forms in the confines of our home or other immediate environments. There exist multiple perceptions on education and its effectiveness in our society. An amalgamation of various social theories and postulations by numerous social theorists are used to explain the role of education in the lives of individuals. This paper will be primarily focusing on the Marxist perspective on education and how it plays into the capitalist society that we are all a part of. “Education is perceived as a place where children can develop according to their unique needs and potential. It is also perceived as one of the best means of achieving greater social equality. Many would say that the purpose of education should be to develop every individual to their full potential, and give them a chance to achieve as much in life as their natural abilities allow (meritocracy). Few would argue that any education system accomplishes this goal perfectly. Some take a particularly negative view, arguing that the education system is designed with the intention of causing the social reproduction of inequality” (Satapathy, n.d., p. 7). As we all know, before the institutionalized education begins, which includes an organization of individuals, syllabuses etc., there is also learning and education that starts from one’s immediate surroundings, like home, family, neighborhood, lifestyles, religion etc. This paper will delve deeper into how our educational systems prepare us or the lives in the outside world encompassed by capitalistic ideals; through a Marxist perspective.

Marxist theory is derived from the ideas and accounts of a German sociologist named Karl Marx. The Marxist perspective expanded to a great extent through his influential works. He sought to explain the inequalities and perpetuated differences in society which led to class conflict; for which the economic system of capitalism was blamed. The Marxist theory believes that the educational system that exists in the current capitalistic society is highly problematic. They believe that the curriculum does not believe in allowing the children to acquire skills for individual growth but rather seeks to create products that are meant to be forcefully assimilated into the society, only to maintain the status quo.

“Education in its present form makes the subject class submit to ruling class ideology. Education in this case is found important in order to produce behavior that makes it possible for the majority of the subject class to fit into the lowest levels of the division of labour. As noted by Althusser cited by Haralambos (1986); “Education not only transmits a general ruling class ideology which justifies and legitimates the capitalist system; it produces the attitudes and behavior required by the major groups in the division of labour. It teaches workers to accept and submit to their exploitation, it teaches the ‘agents of exploitation and repression’, the managers, administrators and politicians, how to practice their crafts and rule the work-force as agents of the ruling class”” (Haralambos, 1986, p. 180 as cited in Samkanje, 2015, p. 1767).

I agree with this view as according to the Marxist perspective, the capitalistic society seeks to generate workers for the purpose of generating labor. The curriculum’s only objective being this, views students as a homogenous crowd and neglects the existence of individuality, uniqueness, and personal self-expression. In the current educational system, students are forced to fit a predesigned mold that is often associated with success, leading to any deviation from this pattern viewed in a poor light and associated with failure. The grading system that exists in modern educational systems creates a form of alienation in the minds of children where their young minds are rid of any ideas that deviate from the assigned curriculum enforced on them. The Marxist perspective explains how the educational systems further perpetuate inequality, rather than seek to ensure individual growth.

Ezewu (1990) argues that education by its nature is a cultural process. He further notes that the basic aim of education should be the transmission of cultural heritage, preparation for adulthood and fitting into the community. This means that when dealing with children in Early Childhood Development (E.C.D) classes, the teacher has to be aware of the culture of the community. The teacher should be able to make use of the local environment, which is part of their culture for children to understand and develop concepts. Such environment includes the language that the teacher uses, since language is part of culture. Other roles of education include political role and economic role. Education may be used as an oppressive tool. Much depends on the nature of the curriculum” (Samkanje, 2015, p. 1768).

While I agree with the fact that the majority of the methods used in modern education are counterproductive to uplifting young minds, I also believe that the enemy in the situation is not the concept of education, but the system that enforces it and the values they hold. I believe that education has the power to spread knowledge and awareness and is an important factor in instigating a social change. The same tool that is being used by the unequal capitalist society can be used against them. Education should not be limited within the constraints of a particular academic curriculum and individuals must be encouraged to broaden their spectrum of knowledge by having access to other informational sources, such as, the internet, social media, books and articles from authors with various perspectives on social issues etc. The Marxist perspective uses the ability to educate individuals, and do a wonderful job in highlighting the problems with the current educational system, and this information can be utilized to develop a more equal, broader and interdisciplinary educational system. 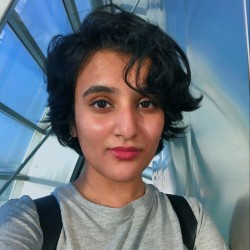