Every culture is different, they differ from society to society and some time within the society the culture may differ based on the people living in that region. When we look at different cultures around us we often tend to look at them from the point of a comparison of our own culture, this is what is often known as ethnocentrism. Cultural relativism was introduced in the early 20th century by Franz Boas. This gained importance in social science as a counter for ethnocentrism, this was as at the time when it was introduced, much ethnocentrism of the research in the social sciences was being conducted by the western scholar who judged the entire society based on their own culture.

Cultural relativism helps us understand another culture better. It refers to the practice of understanding the values, beliefs, practices, etc of another culture based on the context in which they exist, for example as Indian we may not understand the practice of eating live insects as they do in countries in South East Asia simply because we do not carry out such practices here, however cultural relativism teaches us that instead of calling this practice ‘unnatural’ we may ask why they carry out this practice and try to understand it in the context in which they are placed to get a better understanding of the whole practice.

Cultural relativism advocates that one must not judge others practice as of right or wrong based on their own subjective understanding of what their culture entails. This is the practice of which may also often lead to the creation of negative attitudes towards the culture that is being viewed as what is right in our own culture may not necessarily be right in other cultures. Something as simple as sex before marriage, which is considered to be a very normal thing in the western countries, however when we talk with specific reference to India, we see that here such a practice is seen as something ‘bad’ and ‘forbidden’ and seen as affecting the purity of the woman. Thus sex is only permitted post marriage when it is seen as legitimate. This may lead us to believe that since sex is a taboo in India, the western world is uncultured.

Thus to avoid the formation of such a perspective we need to understand it as it is understood in the west instead of as it is understood in India. At the same time someone who views India to be very strict in terms of their rules and regulations relating to the marriage must try to look at why such rules exist, are they due to some historical practices to be able to understand them better.

Thus in its development cultural relativism has helped provide a better understanding of the cultures around the world. As we try to understand them better in the context in which they exist. 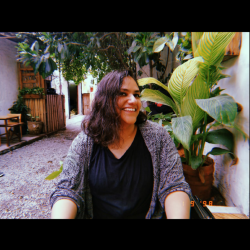