Totalitarianism can be fundamentally understood as a form of government. It aims to restrict individual freedoms to the authority of the state, which is basically saying that it does not permit freedom on an individual level. The word totalitarian is relatively new in the context of modern history. It originated with Italian dictator Benito Mussolini, using it in his famous article on the doctrine of fascism. One could surmise that he borrowed the expression from Hegel’s Philosophy of Law. In this particular branch of philosophy, the word totalitarianism is meant to showcase a sense of organic unity of people in a community or state. But this is a convoluted definition of the term. A simpler understanding is that totalitarianism, can be widely used to refer to certain movements that result in highly dictatorial or fanatical governments. The presence of a strong central rule that pervades all aspects of the state and the lives of its citizens for complete control is generally referred to as totalitarianism or the totalitarian state.

Today, totalitarianism can be better understood through many other movements that have taken place over the course of history. A few good examples are Nazi Germany and the Soviet Union under Joseph Stalin. In these scenarios, we are able to discern an overwhelming sense of popular support within the respective states towards the head of the state. Totalitarianism is unique in many aspects in comparison to authoritarian or liberal democratic states that we still see today.

Firstly, the ruling group is highly specific. What this means is that in contrast to liberal democracies, there is no predetermined elite group that comes into power. Instead, the group is essentially artificially formed under a leadership and a prescribed hierarchy. These groups are very unique in the sense that the primary motive arises from ambitions of political power.

Secondly, the coming together of the aforementioned ruling group is built on really specific and absolute beliefs in achieving a certain objective. It can arise from political or religious grounds. The Communist party for instance portrays itself as the force which can bring about a social paradise for all to exist together in harmony. The National Socialist party being the elite Germans, focused on this aspect of being elite and upper class to establish a dominating position in the state. These ideologies ultimately serve to justify this dominating political group and their unlimited power. One could even term this as the emergence of ‘political religion’.

The third aspect is that of public opinion. Public opinion is quintessential in shaping the totalitarian state. It acts to legitimise the power exercised by the dominating single party in the state. Public opinion has to become the worshipping of one person or dynasty by the masses. The totalitarian state reduces the individual to being an instrument of the state in this manner. In contrast, modern liberal democratic regimes do not necessarily have a form of public opinion in this sense. It comes down to the individual to arrive at his or her decision.

Finally, the totalitarian state must ensure the production and continuous approval of their respective idea of political religion. What this means is that, any and all governing bodies are reduced to instruments of power and control. They would push their own narratives and sway public opinion using censorship and suppression of any rebelling groups within the state. Furthermore, education and any other means such as media, which can potentially influence the population are deeply controlled. We see a very extensive reach of control by the state into the life of the individual here. Thus, the totalitarian state extends and intensifies its power over the masses. Within the totalitarian state, there is no realm where the state’s power cannot reach into.

Factors that Lead to Totalitarianism

One of the biggest reasons for the emergence of a totalitarian state is as a reaction to political disunity. For example, the Bolshevistic party in Russia accentuated the push towards a state of complete anarchy within the state after the abdication of the czar. As a result, they emerged as the single organized and disciplined group in a state teeming with anarchy and chaos on a worrying level. Another case is that of Italy and Germany. In both these countries, we can see that the totalitarian state came about as a sort of reaction against the absence of unity and the ability to cooperate between various parties and groups within the states. The general leaning towards modern democracy came about as a result of wanting to protect individual liberties and rights. However, if there is no stable governing body and anarchy is ever-present, then the potential for complete political dissolution occurs. Breaking it down, democracy comes about as wanting to balance the interests of different groups and to prevent one group from becoming too powerful. But this simply cannot work as long as security and stability no longer exist in the state. In such a situation, the totalitarian ideology begins to thrive.

Take the case of Germany after World War I. They were devastated, to say the least and as a result of the Treaty of Versailles had to reduce their military power and give up land. This left the Germans in an aggravated psychological state. Their economy was also in shambles as a result of the war, inflation, and the Great Depression of the time. Adolf Hitler utilized this frustration of the German people to bring about a totalitarian state. He outlawed Communism and other political parties within the state. Most importantly, he gave the Germans someone to blame for their problems, these people being the Jews. In addition to all this he began to rebuild Germany by rejuvenating the military strength of the state and began to conquer new territories. These events gave the Germans a sense of nationalism and extreme confidence in the German state. Hitler came about at a vulnerable time for the German people, a time of disunity and anarchy, and that helped him to gain massive power. Hitler’s rise to power is one of the best cases for understanding totalitarianism and the totalitarian state.

To conclude, the totalitarian state is a form of government that stands out among many others. It could be the long and often violent and brutal history associated with many totalitarian regimes, that have helped it become an infamous concept. The totalitarian state does have its benefits undeniably. Although, the sustainability and the cost of such benefits, in the long run, is highly debatable. In the contemporary global context, the idea of totalitarianism will not acquire any momentum for the main reason of its infringement on individual rights, which is being given an increased amount of importance each passing day. Nevertheless, one can examine the totalitarian regimes of the past and obtain interesting observations that might just have a place in the modern world. 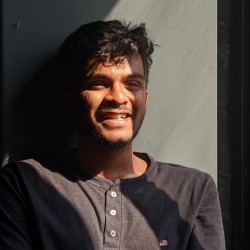