Thomas Dye defined Public Policy as “Whatever the government chooses to do or not to do”. Public policy can be generally defined as a system of laws, regulatory measures, courses of action, and funding priorities concerning a given topic promulgated by a governmental entity or its representatives. The topic of public policy, which consists of various plans, program and schemes, emanates from the Constitution and is very relevant to governance, as a collective decision-making process is key to solving public problems. The origin of the discipline of public policy, which is one of the most prominent means through which government maintains order and addresses the needs of its citizens according to the constitution, is from the realization of the fact that running a state requires a well-needed direction and a course of action.

From the perspectives of Public Policy, the activities of the government can be put into three categories:

A public policy may cover a major portion of the activities of the government, and maybe either narrow, focused towards a specific activity or broad, focusing on a more general activity. Each level of government may have its specific as well as general policies. Although every policy contains definite goals or objectives, they might result in outcomes that are either anticipated or not.

Policymaking is closely related to decision-making but is not the same as the latter. Generally, decisions are made by administrators within the existing framework of policy. According to Anderson, “Policy decisions are made by public officials that authorize or give direction and content to public policy actions”.

Public Policies are crafted by Legislature, Executive and Judiciary and are evaluated by policy analysts, experts, media and political leaders. It involves various processes, and can be summarized into the following:

Thus, we know that public policies are the collectively formulated decisions that a government undertakes in order to achieve certain objectives, with respect to the public. Public policymaking, adoption and implementation are very important to the efficient governance of any country. Each and every process in the policymaking and each person, institution or department that takes place in the same, are very important and crucial to the analyzing and evaluating the policies. 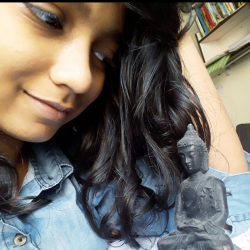