Geography is often seen as a very tricky and confusing subject. What is the difference between a Peninsula or an island? Is Geography limited to just the study of different kind of vegetations? Does geography study climatic conditions as well? ; questions like these are often raised by people. Geography in totality appears to be as a complex subject. But here’s the catch, this article will a hundred per cent help you to clear your doubts about the subject of geography and provide you with a strong basic knowledge about what  Geography studies and comprises of. The subject of Geography is like an entirely different world. Where a person with zero knowledge about Geography might think, that it just studies Countries or Continents and the type of trees or plants that grow there. To some extent this is true, but Geography deals with even more aspects. Geography is the study of physical features of Earth, even the other planets in the Solar System, the Landscapes, the Vegetation, the distinct Species of Animals found in different areas of the world, the Weather and Climatic conditions of a region. Various other topics like Landforms, the Population of the nations, Migration of the people, the Cultures and Communities of the humans are also studied under Geography. In simple words, almost everything that surrounds us is studied under the subject of Geography.

THE FIELD OF GEOGRAPHY

Geography is a vast subject, it is divided and then studied on the basis of two categories: PHYSICAL GEOGRAPHY which deals with the physical characteristics of the Earth, such as the Atmosphere, the Relief features, the Ozone Layer, water bodies, Tectonic plates, Volcanoes etc. Such features are also analysed individually in the context of regions, which is studied under Regional Geography. For Example, The kind of Mountains found in a specific area or country or the Active Volcanoes of a region. Regional Geography focuses on physical features or features of the people inhabiting those areas in a specific and direct manner. They deal with one region at a time. These regions are often formed by dividing the continents into some categories. HUMAN GEOGRAPHY the second branch of Geography deals with the study of how people are distributed around the world i.e called Population Density. Why an area is densely populated with people? and why only a few people inhabit another region? The Economic activities they practice, the factors that cause them to migrate from one region to another region, the Cultures they develop and the Communities they form, are examples of what is studied under Human geography.

THE LINES OF THE EARTH

There are certain imaginary lines on the Earth’s globe that help us to determine the location of an area or the time zone of the place. The earth is supposed to rotate on it’s Axis. The important lines on Earth are LONGITUDE, these are long imaginary lines running North-South on the Earth’s surface. The PRIME MERIDIAN, (0° longitude) passes through Greenwich, England and is used to keep in touch with the time zones of the world. On the other hand, LATITUDES are imaginary lines that are in a lateral position, running on the Earth’s surface. The central line is called the EQUATOR, which divides the Earth into two hemispheres i.e. the Northern hemisphere and the Southern Hemisphere. Other important Latitudes include :

When these Longitudes and Latitudes cross each other, they form a Grid, these grids interlink to form Coordinates which are used to specify the location or locate places. One important fact is that nations such as BRAZIL, ECUADOR, KENYA that are closer to the Equator, experience Extreme Hot Climate, whereas, areas at the North pole and the South Pole have an Extreme Cold Climate.

Population factors, that is how people are distributed in various regions of the world and emphasis on the factors that cause a certain area to be densely populated and some others to be sparsely populated. Other examples of this topic include The Demographic structure, Population density, the Fertility rates, the Literacy rates, the Mortality rates, Health concerning threats and issues etc. Other important topics studied and analysed under Human Geography include Migration, the pull factors that attract people to move or migrate to a region such as Greater opportunities, Better health facilities, peaceful environment etc. and the push factors that compel people to leave a region for better opportunities such as Political turmoil, Lack of basic facilities etc. ; the migration statistics on a global level are certain topics discussed under this category. The most important concept under this heading is Urbanization, which refers to the migration of people from rural areas to urban areas, increasing the population of most urban cities. Besides this, Political Geography is also a major aspect of Human Geography that studies the political phenomenon on a national as well as international level. Trade relations, the Diplomatic Communication between countries, the relation of people and politics etc. are discussed under this category in detail.

Human geography furthermore, tilts it’s shift to issues of Ethnicity, Cultural aspects impacting humans and different kind of Communities found in different parts of the world such as The Lepcha Tribal Community found in the hilly regions of India.  In short words, Human Geography tries to assess and provide a descriptive analysis of most of the aspects governing Human aspects.

With the growing indulgence of humans in the realm of nature and it’s environment, the balance or the status quo of this human-environment relationship has been affected. There has been an increasing growth in the rise of new developments that could and will impact the human society and the Earth as a whole. Increased human activities have caused deplorable changes in the realms of the environment. Some of these changes are enlisted below: CLIMATE CHANGE has to be the topmost issue with great prominence. The emission of harmful gases such as methane and carbon dioxide has eventually led to increased global warming, this has resulted in ‘Warming Earth’ which means, that the planet is inflicted with a higher degree of temperatures in almost every region of the world. Due to this, the glaciers across the Polar regions are melting rapidly, which has caused the rise of sea level water, leaving the entire world prone to end the number of natural disasters. Scientists believe that in the recent times, Climate Change has increased at an alarming rate, instead of slowing down. For example The sea level of has increased to due to rapid melting of glaciers.

DEFORESTATION is another phenomenon that has caused immense change. Deforestation means, cutting of trees on a large scale. An example of this is: Huge amount of trees were cut in Brazil for the purpose of Commercial use. Deforestation often results in erosion of the soil. This could even lead to Landslides if deforestation occurs in the slope of a hill. In spite of government regulations, trees are still cut down on a large scale mostly for trade and commercial use. Other important environmental changes caused by Human activities include Movements in the Tectonic plates which could escalate to Earthquakes of higher degrees, Extinction of the species of Flora and Fauna which causes the loss of biodiversity.

GEOGRAPHY IN OUR EVERYDAY LIFE

One might comprehend how a complicated subject like Geography could help us to function in our daily lives. Well, if you might have gone through the article well, somehow you would have gotten some hints about how Geography is prevalent in our daily lives. Firstly, when we access the Maps on our smartphone, we might not even realize that those Maps are accurate and concise only because of Geography. In this modern era, we obviously won’t read Paper Maps and go for adventures like earlier times, hence this job is done by Maps created by the principles of Geography. Secondly, the basic knowledge about disasters can help us in times of Emergency. The Disaster Management which comes under the study Geography enables this. For example, there are certain precautions which we can take in times of Natural Disasters to protect ourselves. Geography even enables to predict these Natural Disasters well before time. Thirdly, if one is well aware of basic geographical aspects, they can make rational decisions such as Constructing Buildings or Homes in less disaster-prone areas, Growing crops in only the kind of soil the crop requires such as some crops require alluvial soil or some might need sandy soil, it is important to know what is suitable for such common things. Fourthly, the discipline of Geography affects our Clothing (such as people in hot climates wear cotton clothes), the Kind of Crops or Vegetation that can be grown, our Settlement patterns (such as people living in flood-prone areas build their houses on Stilts). The Fifth important use is that it gives us the basic knowledge about our natural surroundings. Geography helps us to know about our own planet, the continent, the country and city we live in. The Sixth and the last way geography impacts our life is when we come across applications or services that help us locate locations such as the GPS i.e. the Global Positioning System, well, they are functional only because of Geography. So the next time you visit a new country and successfully manage to reach places, just know that Geography made it possible.

Geography in totality might seem like a complex subject but in reality, it is a very interesting subject to learn and study. In all, everything that is around us is studied under Geography and I bet you wouldn’t want to miss out on learning about things surrounding you. 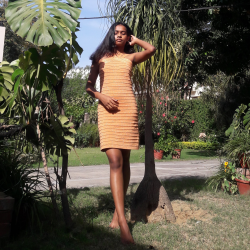