Five Year Plans in India: Preparing for our future through planning is a crucial landmark whether at a personal level or national level. The social life of a person always depends on various planning schemes. Social and economic planning gives a way to policymakers to improve prevailing conditions in a society. This process is incomplete if there are no positive outcomes. A major part of such planning relies on FIVE YEAR PLANS.

Who is called the father of Indian planning?
Mokshagundam Visvesvaraya

After independence, India faced many social, political and economic disrupts. India’s agriculture sector during independence was so backward. The level of productivity was extremely low with high vulnerability. Features like the Zamindari System, low self-consumption from agriculture gains led to the slow down of the economy. On the other side, our industries were also facing vulnerability and discrimination. The demographic profile of population was so unbalanced. There were situations like low birth rate, high death rate low rate of literacy, high infant mortality rate and so on. Other factors like social and economic infrastructure deficiency, corruption in politics, unemployment, and poverty were powerful.

Problems of macro-level are never solved with automatic demand and supply forces. The intervention of government with various policies, programs, and schemes is obviously crucial for society. After independence, there was a need for proper economic planning to promote growth and development. Economic Planning was a step taken by the Indian Government to plan the utilization of resources to achieve a well-defined target in a specific period. The concept was adopted from Russia (USSR).

While talking about the goals of economic planning, we can divide these goals on a time period basis.

Certain goals to be accomplished in the Long time period are GDP Growth, the maximum level of employment, equal distribution of resources, promotion of equitable distribution to uplift poor section, make people self-sufficient and of course modernization. While in short period gains we can include things like price stability, education promotion, better health care and so on.

These plans are developed and executed by NITI Aayog (known as planning commission before 2015) and then approved by National Development Council (NDC). In 1951 we started the Five Year Planning system.

The priority was set for agricultural development. It took reference from the Harrod – Domar model. After partition and World War II the situation of food production declined drastically. This plan stands to gain high agricultural produce, proper utilization of raw materials and provide irrigation and other necessary amenities. The target is to decrease the income gap between different sections of society and to make our country self-sufficient. Target was also set for controlling inflation. The plan achieved every possible thing beyond targets. The target for national income growth was set as 11% and it got 18 % increase. Agriculture, industries, education, railways, etc. were improving at a great pace.

The great contribution to this was given by P.C. Mahalanobis model. It was also known as the “Industry and Transport plan”. The main focus was industrial development. Heavy industries were also taken into account with various small and medium-sized industries. People got employment opportunities and ways to income generation. The target for the annual growth rate was 5%. The main significance was that it promoted labor-intensive factories.

The major contribution from this phase was for long term developments. The plan is called Gadgil Yojana. Independence of the economy was a major basis because it will help in self-sufficiency for many sectors. Although, the decided target of 5.6% was not achieved because of the China War. Sectors like industries, communication, and social services were improved with targets. There was a fall in agriculture production and clashes between the centre and state governments. The prices of agricultural products and consumer articles were at a peak.

Now instead of 5-year plans, a three year period was meant to implement 3 annual plans. It is also called plan holidays. This period was generally come due to the ongoing Indo Pakistan War. This led to a decrease in the country’s resource utilization. The major reason was the failed third five-year plan.

Country was fighting with several social issues like poverty, increased unemployment, population explosion, economic recession, etc. The Indira government was formed and implemented this plan in 1969. The advancement of agriculture began with the Green Revolution and 14 Indian banks were nationalized. Family Planning Programmes were implemented. However, due to prevailing situations plan remained incomplete and achieved only 3.3% on the place of 5.6%. The big failure of this time is considered price instability

In a chronological manner, priority was given to agriculture, industries, and mines. Minimum Needs Programme (MNP) was started to uplift standards of living and to fulfill minimum basic needs of the masses. This plan was suggested by D.P. Dhar. The expansion of roads and tourism activities worked took place simultaneously. Garibi Hatao got promoted with poverty alleviation schemes and India stepped toward Self-reliance and economical growth. The emergency was imposed and emphasis was given to PM 20 Point Programme. A growth of 4.8% was achieved that was more than targeted.

In contrast to Nehru Model, Janta Government put forward a plan of more employment emphasis. It criticized many prevailed plans and took inequalities and poverty as real social issues. However, its tenure ended after 2 years and the new government came up with a new five-year plan.

This period faced social unrest like famine during 1984 ­– 85 but successful in achieving almost every target. The major focus was an increase in national income, adoption of modern technology, a decrease in poverty-ridden areas, control population expansion and many more. Infrastructural changes also happened and helped in approaching growth strategies.

Till now this was the plan that resulted in a maximum growing rate with 6%. Like other plans, previous targets like food, employment and so on were there but now work and productivity also got higher concentration by the government. For the first time, the private sector was suppressing the public sector. Although for the middle and lower class it was not any kind of benefit. This could result in exploitation in the future.

The situation was so politically unstable and Eighth Five Year Plan was postponed for 2 years.

The reasons for the launch of this plan were fiscal and budgetary impediments. The phase faced recessionary dilemmas with budget deficits. Many economic reforms assisted the Indian economy and reforms like liberalization and changing modes of production for agriculture were implemented. Higher growth was achieved with more private investment. The role of the public sector had declined due to Liberalization, Privatization and Globalization reforms. Priority was given to Human Resource Development in sectors like education, health care facilities, etc.

Social Justice and Equality were featuring development aims in this plan. Foreign Direct Investment flourished with more trade with the rest of the world. At this moment 50 years of independence were completed. The social sector was especially taken care of with provisions like basic social and economic reforms including education, community development programs, and health.

Inclusiveness in every growth is a key to decide that its result reaches ground levels. The main motto of the 11th five-year plan was more inclusive economic growth. C. Rangarajan was its framer. But minorities and tribal communities were not a sufficiently inclusive framework. Malnutrition, poverty, and vulnerability were increasing. However, opportunities like Mahatma Gandhi National Rural Employment Guarantee Act (MNREGA) were also implemented. There were so many fluctuations in economic gains and poverty remained high. Formulas like Tendulkar Formula were criticized due to no effect in poverty reduction.

During the commencement of 12th Five Year Plan, the global economy was facing another slowdown. Even our economy slowed down as a result. Therefore, the emphasis was to encourage economic growth rate with faster, sustainable and inclusive growth. Social problems were rightly addressed like malnutrition, environment degradation, education, health, communication, etc. With this phase, prevailing gender gaps, inequalities, regional imbalances, and community gaps were getting attention. The policy held the accountability to remove every lacuna from making India as an emerging world power. It had many long and short term aims.

Some Achievements of Planning:

Our nation achieved a lot from these plans and this took a very long time to cover real issues. The actual increase in national income is seen to date. At the beginning of new India after independence, India had less than 2% of income per annum. Per capita income also went up. GDP growth was a result of capital formation that triggered while planning periods. Employment was increased and many income generation programs became successful. The major contribution was the improvement in social infrastructure and it helped in solving real ground level problems. Facilities like banking, communication, hospitals, irrigation and so on superseded every other achievement.

Alleviation of poverty was the central theme of almost all plans. But when we take a look it is not cured as it should have been. Inflation rates were touching the sky with the unemployment spiral. The ethical goal of planning was the equitable distribution of social and economic benefits. But the gap always gets widen between classes. Desired results to tackle inequalities were received yet. Infrastructural problems were making people vulnerable and excluded.

Democratic regimes are known to hold values like equality, liberty, and fraternity. It needs various weapons to shape such norms and values. Planning is playing a very crucial role because without planning it is not possible to include everyone’s welfare policies and programs. Broadly we can divide this whole era into two phases that are before liberalization and after liberalization. Many lacunas are still prevailing because population explosion always results in a lack of proper implementation. Some new issues like rape are emerging with modern time and it is a time to tackle and eradicated them. 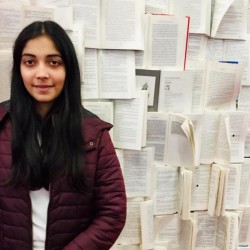