Charles Wright Mills (1916-1962) was an American sociologist and anthropologist. His works are radically different from the contemporary work which happened in American sociology, overshadowed by the influence of Talcott Parsons. Two of the most important works of Mills is the inception of the concepts ‘sociological imagination’ and ‘power elite’. Mills strictly adhered to the principles of libertarian socialism, and believed that the creation of a ‘good society’ was very much possible, solely on the basis of knowledge; and if the same fails to happen, the burden of it must fall on the men who possess knowledge. The book ‘The Sociological Imagination’, written by Mills, was published in the year of 1959, and it completely transformed the way micro and macro level analyses are made sociologically. Mills argued in this book that sociological imagination is the best possible way to reconcile the differences between the two terms- ‘personal troubles’ and ‘public issues’. In doing so, he also drew sharp criticisms of many pre-existing sociological concepts, as they fail to solve the aforementioned problem.

Mills also states that the concept of sociological imagination can be seamlessly applied to any behavior. For doing so, we first need to understand what do the terms ‘personal trouble’ and ‘public issue’ means. The first of these terms refer to the troubles which occur only to the individuals on a ‘biographical level’, and their root can be traced within their immediate realms. On the other hand, the latter refers to the issues which affect the institution of the society on the level of the entirety. In mentioning this, Mills also proclaims sociology to be a political and historical institution, and therefore we can draw the conclusion that the public issues impact the structural foundation of sociology through various such interdisciplinary perspectives.

Now, if we are to apply sociological imagination to real life situations, it can be done in the following way: domestic violence is a frequent activity in the present scenario. If one woman was being abused by her husband, and it was a completely isolated phenomenon, the cause of which could be easily identified, then domestic violence could have been termed as the concerned woman’s personal trouble. But the moment this phenomenon becomes a widespread act, not just in a way which increases its frequency but also in a way that its cause is not just restricted to individual problems but are also inclusive of certain structures, such as patriarchal power relations, we can say that domestic violence is indeed a public issue.

Mills says, in his book, that through the application of sociological imagination, we can rightly place ourselves in the proper historical context, and therefore understand ourselves and our lives better. In this way, he aims to prove the interrelation between history and biography, and how the two of these are essentially supplementary in nature. Just like we first need to know the historian to understand the history he writes, we also need to first realize the sociological importance of any event and then analyze it accordingly. This is the primary significance of the concept of the sociological imagination and it helps us to not just understand society better, but also to understand ourselves as entities. 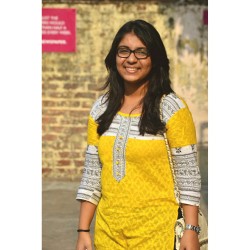